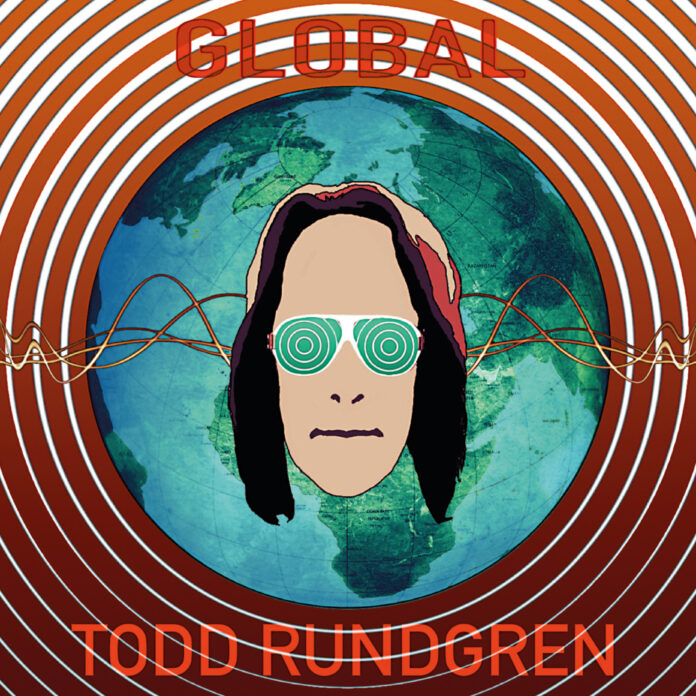 As a multi-instrumentalist with absolutely nothing to prove, Rundgren shows that he is a restless soul in the studio. Churning out the same old stuff is not in his mantra. Whereas State introduced his fanbase to a more experimental electronic direction gradually, Global goes for the jugular. Everybody blasts out of the blocks with Rundgren musing on the global state of the world whilst referencing such popular figures such as Miley Cyrus, and her use of ‘twerking.’

Blind is another lyrically introspective track which features a very 1980’s sounding saxophone solo along and on which Rundgren utilises his fine vocal range going from his sarcastic tone to a piercing falsetto style. Todd Rundgren showcases his vocal range on more than one occasion, as well as experimenting with the much maligned auto-tune on Global Nation.

Earth Mother features a distinctly P-Funk style bass line that Messrs Clinton and Collins would have been proud of. The gospel tinge of the vocals also has an air of Clinton in his pomp. This is one of the album’s true highlights; the groove is tight, and like everything Rundgren touches, it is impeccably produced. Soothe is one of the slower numbers, along with Rise, which for the opening few seconds is not far from Jimmy Cliff’s classic, Many Rivers to Cross. The tracks are well sequenced which enables the album to flow admirably.

The experimentation of Todd Rundgren should be embraced. He is a true visionary; one glance through his personal and extended CV amongst other artists shows this (see Meatloaf, Grand Funk Railroad, XTC, New York Dolls). The tag legend can be comfortably applied. Global is certainly not going to be in lists of where to start with Todd, but it’s a clear continuation from his previous effort. Some of the work here is great, and sounds excellent. Some of the lyrical content is a little iffy. Whilst being a steadfast experimenter, it would be great to see Rundgren turn back to a full band line-up to remind people of what a great songwriter he is, as he shows on Soothe, and return back to his roots.