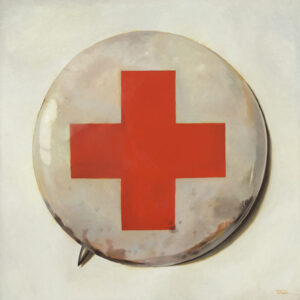 As part of the nucleus of the classic line-up lo-fi indie kings Guided By Voices through their early years, Tobin Sprout developed an idiosyncratic style that married with that of Robert Pollard’s to spread their influence throughout the alternative music scene of the 80s and 90s. The style fed straight into his solo work, creating a linear vision to satisfy enough all GBV fans. However, on his new album, Empty Horses, he has set the style to one side to focus himself on creating a plaintive and affecting album of stripped-down Americana folk. Layered with wisps of piano, melancholic, yet stirring acoustic guitars that create a perfect vehicle for Sprout’s voice, topped with at times almost choral harmonies, Empty Horses is a triumph from start to finish. It’s an album to put on, lay back, and slip inside the sunset of your mind.

“There’s a road that’s been building in my head…There’s a place that keeps tugging at my soul” he sings on single Breaking Down. That place is one that has carved the modern history of America, the Civil War. Fed from an early age on the tales told to him by his grandfather, he has taken the stories and built a haunting accompaniment around them. The touches of slide guitar that slide under the slow rhythm and out in the breaks between the vocals pin the music even more so in the country tradition that he is drawing on. The songs paint pictures of a lonesome desert ride much in the same way as those who came before him, the likes of Townes Van Zandt, John Prine, and Robbie Robertson. It’s a nostalgic trip through a dusty world.

On Golden Rivers, the song that Sprout states pulled the album idea into focus for him, he drifts even more into the twilight as his multi-tracked voice engulfs and rises up from the meandering piano. He is in no rush to arrive at his destination, breathing in the landscapes that surround him. Only two songs on the album attempt to break the mould. The Man I Used To Know slinks along with more of a slither mid-album, while the penultimate All In My Sleep layers more of a fuzz desert-rock psych into the mix. Both sit perfectly in the midst of what surrounds them but add strokes of different hues to the overall feel of the album.

At a time when much of our history is being re-examined, Empty Horses provides a collection of laments and odes to a simpler time and one which lays a path through the division of our more confused present. It at no time attempts to romanticise the past, but to rather carefully observe and search for a sense of justice through both retrospection and introspection.

Listen to Breaking Down and The Man I Used To Know Below: