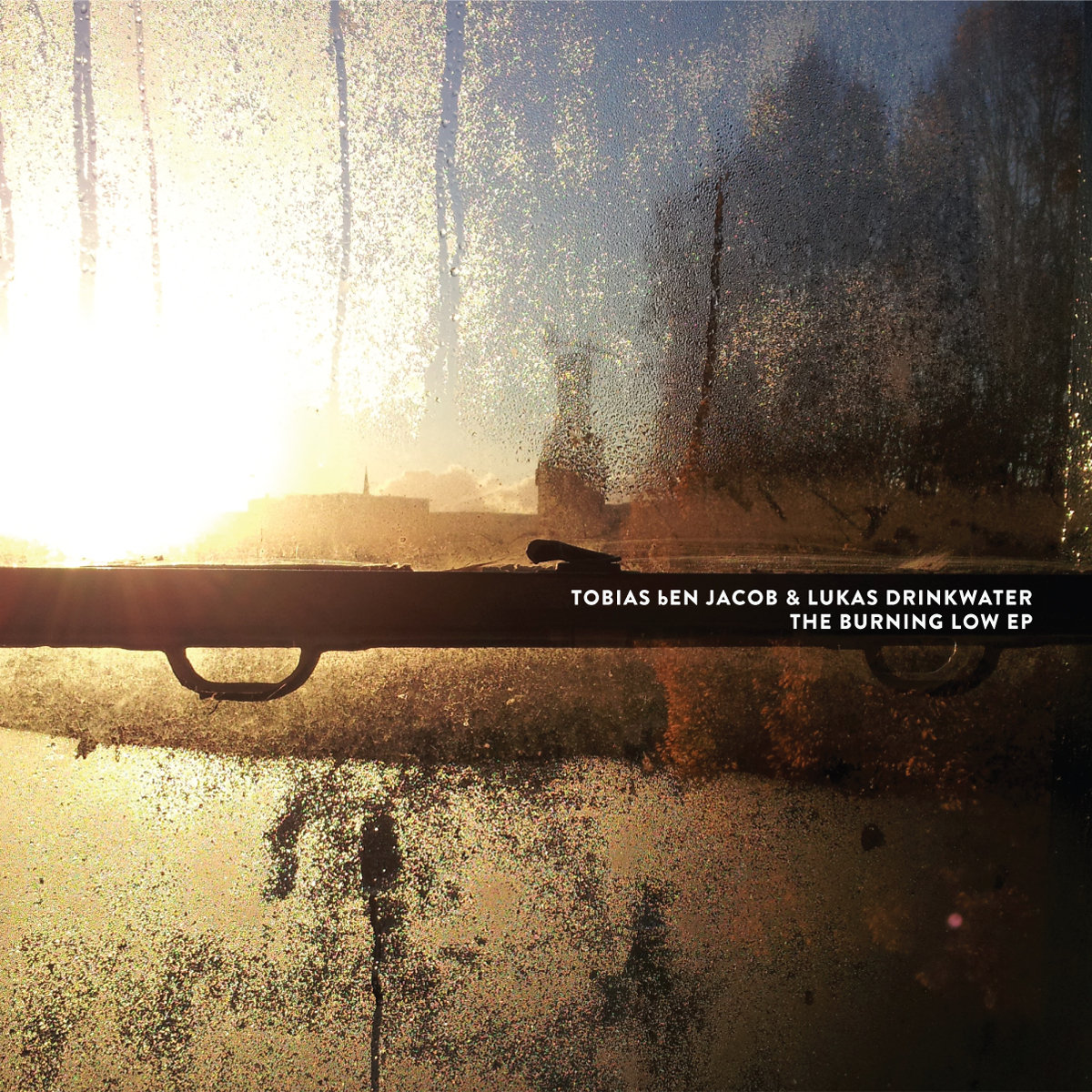 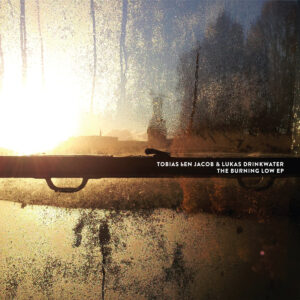 I first came across Lukas Drinkwater through his work as the Bass player with folk-rock outfit Three Daft Monkeys. Since then I have followed Lukas through his solo work and session and gig playing with a host of artists. When news emerged that Lukas was heading out on the road with Tobias Ben Jacob sent me scurrying to YouTube to check out an acoustic singer songwriter hitherto unknown to me.

I was intrigued by what I found, a very talented guitarist with a melodic almost gentle voice who crafts very well written songs. Add Lukas’s incredibly skilful double bass and backing vocals and you have a winning combination. I was keen to find out how two talented artists had come together to create an altogether intriguing whole.

Tobias explained that he and Lukas had been playing together for just over a year “our first gig together was at Glastonbury in 2014. We have known each other for a while through playing in various bands at the same festivals and sharing the same stages but we hadn’t really met properly. We bumped into each other in a bar in Exeter and recognised each other.”

Lukas added “we started playing together because we were both going to Glastonbury in separate capacities. That resulted in me learning Tobias’s set with about a days notice and we tested it out a Glastonbury. We played three gigs and it all went really well. We continued from there because we seemed to fit really well, it’s a good symbiosis.”

I suggested that Lukas’s double bass contrasted nicely with Tobias’ predominantly finger style guitar and asked if that was what they had been looking for.

Lukas told me that “well we are both big fans of Danny Thomson and John Martyn and they seem to pull it off OK so we thought ‘why not’. Tobias added that “I have been doing a lot of solo work, I am pretty self-sufficient as there is a lot of melodic stuff going on but I did feel something was missing. Being able to add in that really low end was fantastic and I do love Lukas’s bass.”

I suggested that the voices were very complimentary as well.

Tobias agreed but admitted that it had come as a surprise. “It started off with Lukas just throwing a few harmonies in and then during the set he would sing harmonies that really just worked. It wasn’t planned except maybe down deep in Lukas’ mind.” Lukas added that “a lot of it was because I was still learning the songs as we went. We hadn’t had a huge amount of rehearsal time so we were learning as we went along. 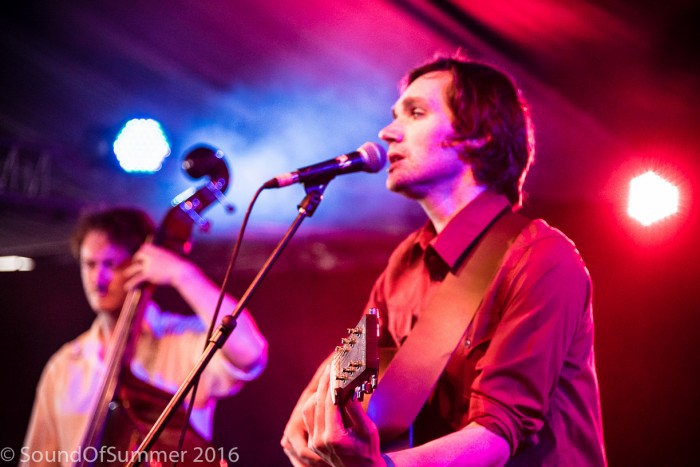 Tobias says “we tend not to plan things too closely, we do a lot of improvisation, if you see a live show you won’t ever see us play a song the same way twice.”

I suggested that the double bass was open to that kind of improvisation as it allowed the freedom to move up and down the fretboard and incorporate a range of techniques.

Lukas says “yes there are a lot more sound options from it. I have recently taken to playing it percussively and even with a bow that allows me to squeeze out some chello sounds. The percussive element gives it an advantage over electric bass where you don’t really get that. It makes it a bigger sound.”

I asked Lukas what he thought about the electric double bass. He told me that “I have played them and found them nice and quite easy to play but because of the way I play they don’t suit me. I like the sound of the wood for the percussive elements and it sounds more like a bass guitar.”

I moved onto five and six string bass guitars and asked Lukas what he made of them. Lukas told me “I find that four strings gives me sufficient scope for how I want to play. I understand why some people like them but I just found it an additional complication that didn’t add much. I do tune my bottom string down a full note for one of Tobias’ songs because he uses an odd tuning for it.” 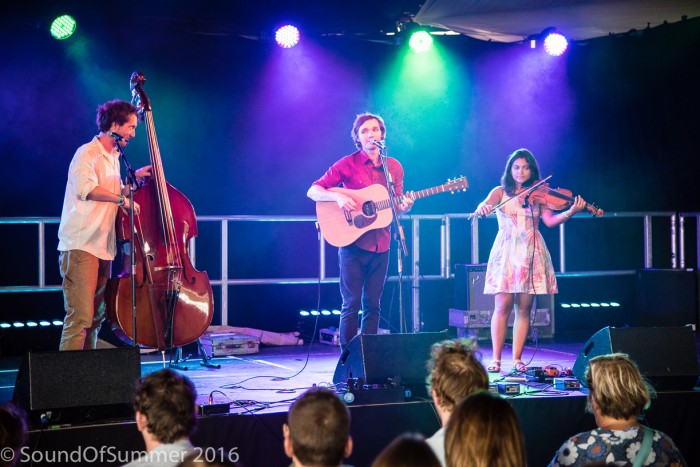 Tobias added that for ‘Your Sweet Smiling Face’ he uses a C,G,D,G,A,D tuning that is often used by Bruce Springsteen.

Lukas and Tobias recently released their debut six-track mini-album and what a treat it is. Recorded by Jolson Holroyd at Valetastic in Devon and by Gareth Young at Cube Recordings in Cornwall the Burning Low Ep is simply gorgeous and a fitting showcase for two musicians who are right at the top of their game.

From the opening bars of the title track it is clear that you are in for a treat. The delicacy of Tobias’ vocal meshes perfectly with the delightful finger picking of his guitar while the big meaty baselines draw you into the song, sometimes it is hard to believe that there are only two musicians so rich is the sound.

The Devil and Tobias ben Jacob keeps the interest going, the fact that most of the vocals are whispered on this one adds a sense of intrigue and almost menace. It is an interesting and unusual approach and one that shows how deeply these guys think about their tunes.

My personal favourite track is the stunning “We Are The First Ones Now.” It really is a wonderful soundscape and the additional vocals by Wildwood Kin give the song an almost ethereal elegance. Closing track “A Polyphonic Life” is an ode to the hundreds of hardworking and talented musicians who ply their trade week-in, week-out up and down the country as they try to make a living from their art.

The entire EP is a joy and one that has ensured that it has been on repeat on my car CD player for over a month now, I doubt I will ever tire of it. To say I am excited about the forthcoming full album would be something of an understatement.

You can buy the EP on Bandcamp or iTunes

Tobias ben Jacob is on the internet here.  He is also on Facebook. He Tweets as @TobiasbenJacob

Lukas Drinkwater is on the Internet here. His Facebook page is here. He Tweets as @LukasDrinkwater