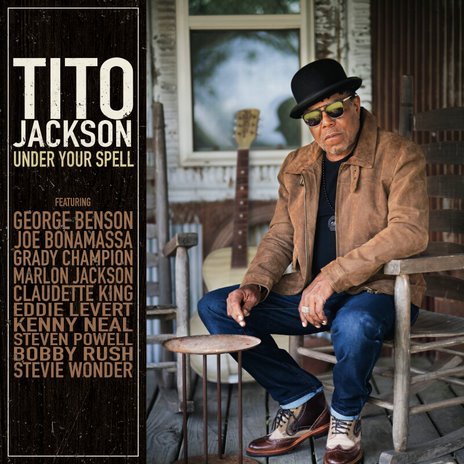 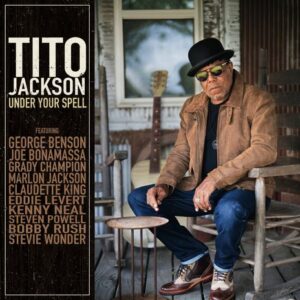 Tito Jackson: Under Your Spell

Under Your Spell is an uplifting blues album which combines Tito’s Jackson 5 Motown side (Wheels Keep Turning). His new modern funk, soul and deep blues side (Love One Another, You’re Gonna Push Me Too Far, Under Your Spell) works as a really eloquent, and complementary merger. The debut single off the album, Love One Another (released 9th July) is an uplifting, harmonious bluesy antidote for today’s times of apparent division, featuring the vocals of Tito, Marlon Jackson, Bobby Rush and Kenny Neal, with Stevie Wonder on the harmonica.

The main stand-out on the album has to be the cover of blues and guitar legend BB King’s 1964 classic, Rock Me Baby. Tito is joined on the song by BB’s daughter Claudette King, who is a sensational blues singer too. She really adds to the track. The album is ridden with nostalgia, taking you back to a time of blues, 70s funk, 60s Motown and soul, and by including the original legends from back in those times, it really adds that edge of authenticity.

Songwriting duo Kenny Gamble and Leon Huff, who have written worldwide hits for The Jacksons, came out of retirement to write All In The Family Blues for Tito on this album. The features work as great additions throughout the album, and although Under Your Spell does have some stand-outs (Rock My Baby, Love One Another and Gonna Push Me Too Far), and Tito’s voice and guitar sound amazing, it is missing a bit of variety.

It is very uplifting, but I feel as though it’s missing a sad song, a moping bluesy affair – just to mix it up a little bit.

Under Your Spell is available to stream on all platforms on 6 August 2021.

All words by Lucy Wynne. More writing by Lucy on Louder Than War can be found at her author’s archive.