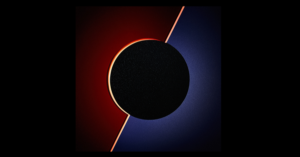 The world of electronica is awash with great releases at the moment with artists such as Jon Hopkins, Four Tet, Rival Consoles and Zombi all releasing some of their finest works to date. With Polar Shift, Tired Arms will soon be talked about in the same reverence as these more well-known producers as they have released a single that not only taps into the history of great electronic music but have created a track that is as emotive as it is propulsive.

Sending the synth to the front of the stage, Polar Shift (listen below) sees the duo (Evan Gildersleeve and Lawrence King) create an otherworldly music that exudes confidence and a knowledge of the craft of songwriting. Starting gently, Polar Shift comes into life at its own pace, no rushing or force required. As it slowly unfurls the track morphs into a groove that Bez-bobs the head and shakes the limbs. When the beat comes in it is not delivered in a flashy “lets hit them with a bass line as that’s the done thing” no, instead it pulses and rides, slowly and methodically going through the gears. You get a sense that the duo are strapping you in the back and preparing to take you for a wondrous journey where you will see oh so many great things.

There is a true sense of emotional string-pulling throughout the track that feels warm but slightly melancholic, like the last few hours of travel on nature’s magical fungi, highly expressive and full of good intentions.

With Polar Shift, Tired Arms have delivered one of the finest slices of electronica this year, a single to be cherished and enjoyed warranting many a repeated listen.

You can buy Polar Shift via iTunes.

For more by Tired Arms you can visit their Bandcamp  Soundcloud or YouTube sites.