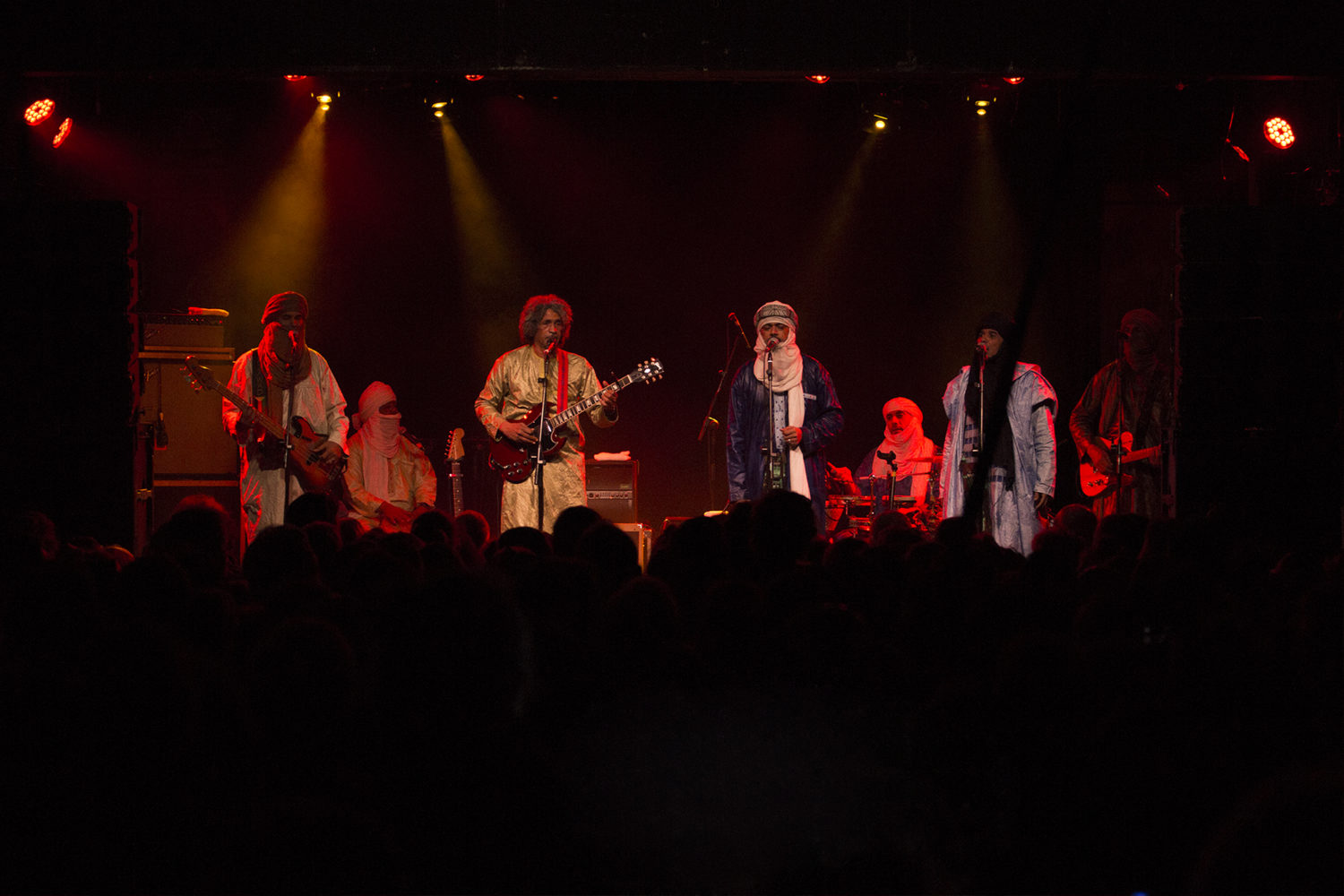 When the blues come to town on this cold Bristol night it comes across the Sahara, robed, head-dressed and rollin’, its rhythms undulating like the graceful sway of a camel train across the desert dunes.

Tinariwen have become big news since their start as Malian freedom fighters decades ago. Now, this collection of Tuareg musicians stun international audiences with their mesmeric guitar-driven fusion of traditional West African music seared through with a delicious blues edge.

Eight strong tonight, elegantly robed and with their headdresses covering part of their faces, they start slowly and build, dip and build again, their sound growing into a marvellously hypnotic groove.

Sharp shards of guitar, which John Lee Hooker would’ve approved of, peel off above the mesmeric combination of percussion from calabash player Said Ag Ayad and undulating call and response vocals.

Lead guitarist and vocalist Abdallah Ag Alhousseyni steps to one side after a couple of numbers when founder and craggy-faced main man Ibrahim Ag Alhabib wanders on, giving him room to join the frontline of guitars and the ever swaying, dancing form of Alhassane Ag Touhami. 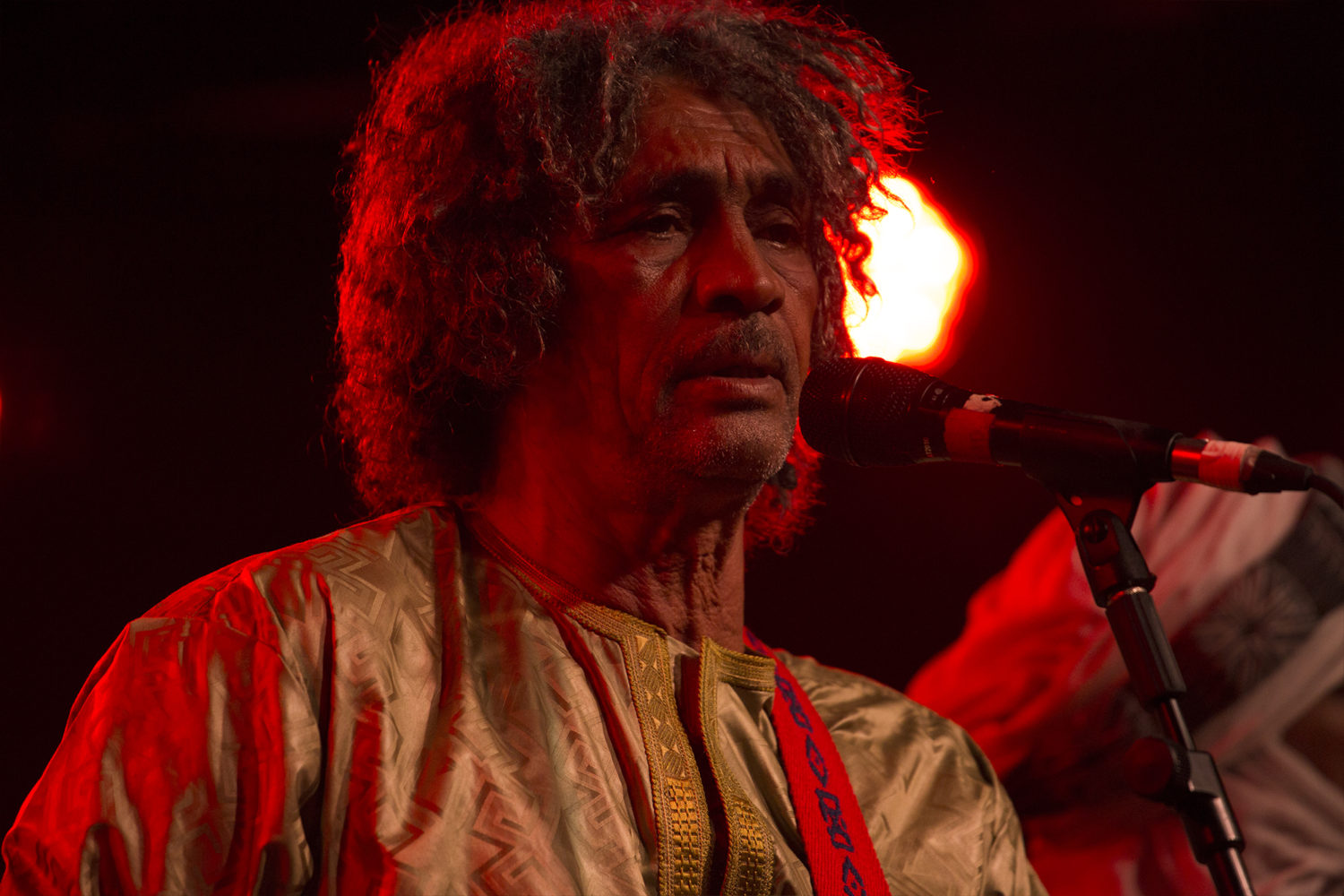 To say their music is captivating is underplaying it massively; it pulls you in and takes you on a desert journey, the lilting blues trance and the interplay between guitars and bass, percussion and vocals all creating a sensuous and pleasingly hazy mood.

That mood, that groove, comes together in the most uplifting way like the best of blues/rock jams and at one point we even get the equivalent of a desert rap.

Such is the reverence that they are held in by now that many big Western artists have collaborated with Tinariwen on their most recent albums. Tonight material from the last three of their eight lps, Emmaar, Elwan, and especially the latest Amadjar are played. The music is obviously all from the same pot, those Malian tunes, that West African feel, that rebel Berber beat and Rai rhythm…it melds into one potent mix. 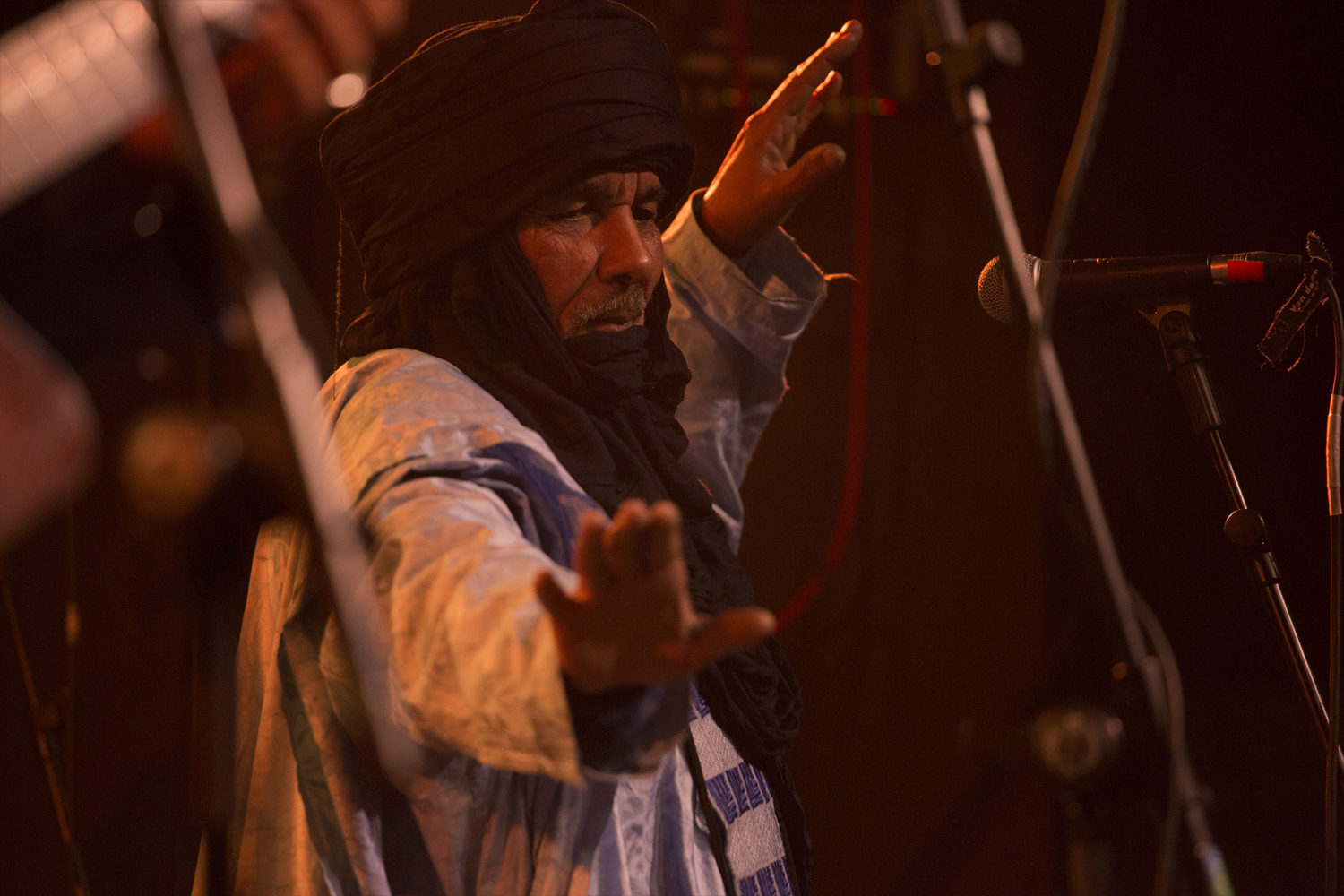 For a rapturously demanded encore after an hour and twenty minutes of bliss Ag Alhousseyni plays a slow acoustic folky air before the rest of the band join him and rip out with a frantically controlled bit of blistering blues.

Tinariwen’s journey has been a long one, from the rebel Tuareg community of Mali in the late 70s playing radical chaabi music, being part of the rebel Tuareg freedom fighters against the Malian government of the late 80s, to then getting slowly recognised internationally as the 90s wore on and playing regularly worldwide since the start of the 00’s. They are a joyous Saharan force of nature and influences. May the ships of the desert float on… 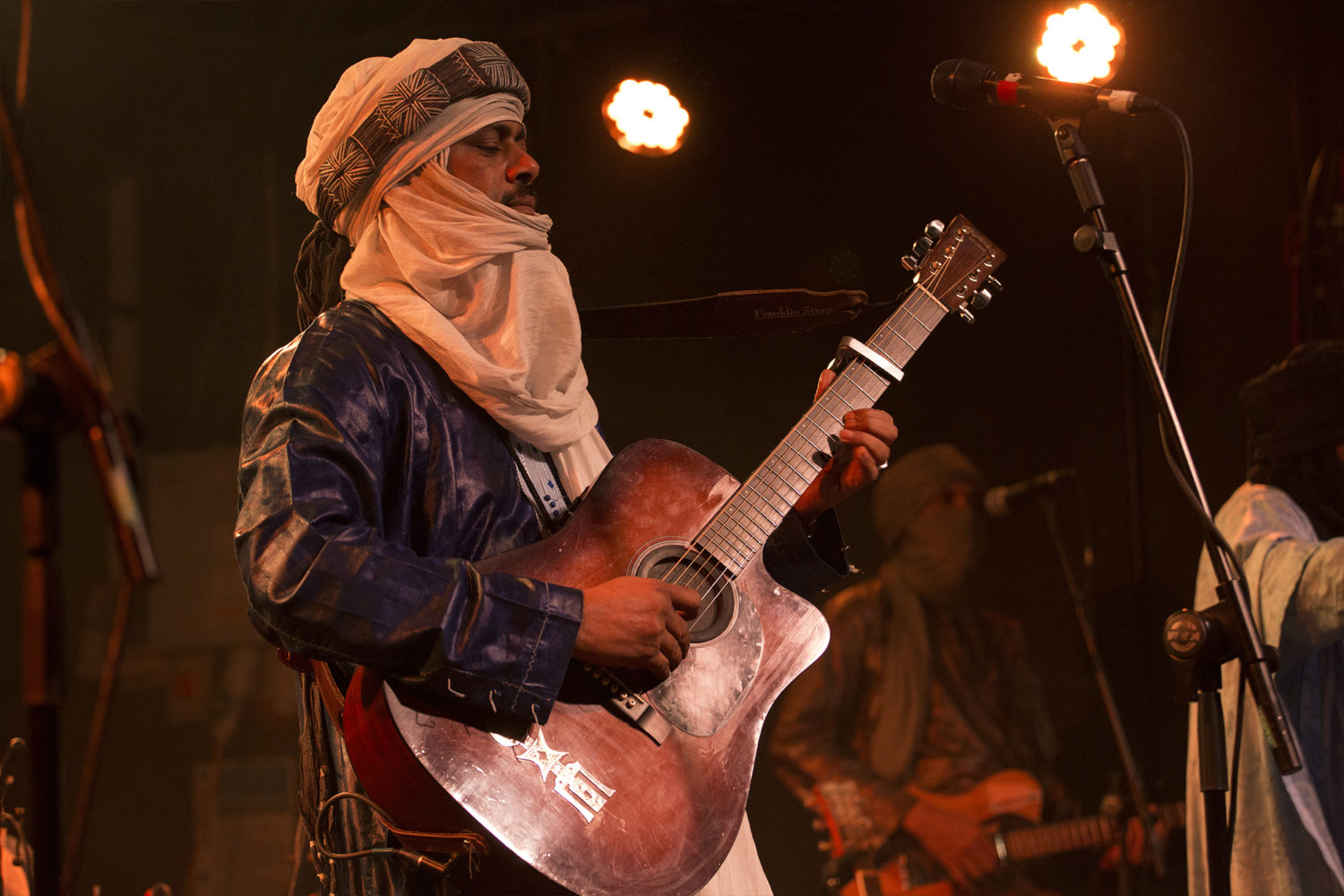 Please note: Use of these images in any form without permission is illegal. If you wish to use/purchase or licence any images please contact Michael Brumby at mbrumby@hotmail.com