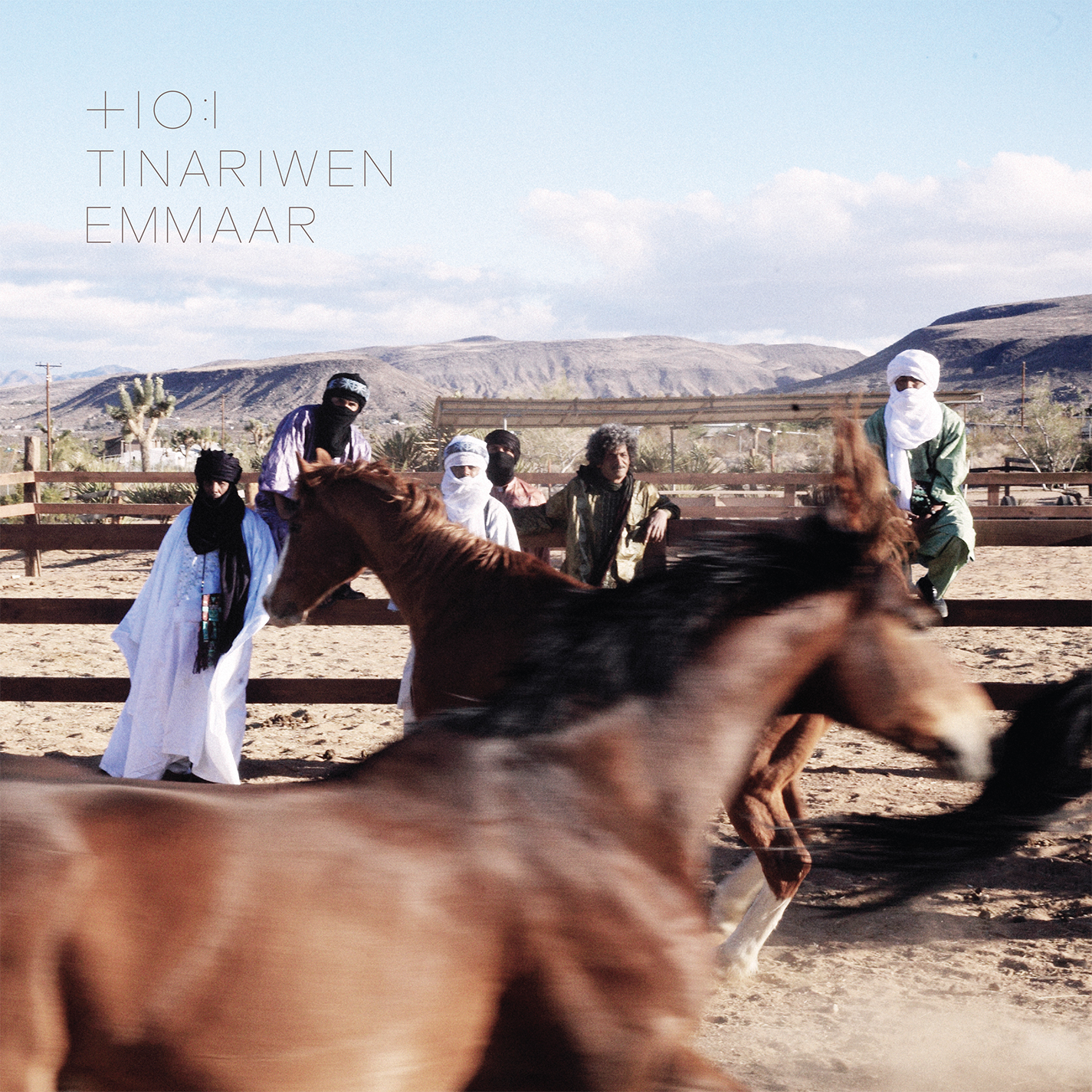 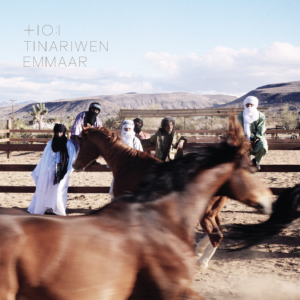 Tinariwen continue to refine their sound on their latest record, which is given an emotional heft by ongoing problems in Mali, says Louder Than War’s Paul Margree.

The electric guitars are back, a welcome return after 2011’s largely acoustic Tassili. For a taste, check out Imidiwan Ahi Sigdim for a lively example of the desert blues that makes the band such an engrossing listen. The lead guitar weaves and shimmers, its slippery, tangy melody following the chanted vocal, while a second axe cuts up choppy, dub infected licks underneath.

There’s a more downbeat feeling on this record, however, a result of the woeful events in their homeland in northern Mali, where the Islamist group Ansar al-Din are at insidious with the country’s government.

Ansar al-Din has, among other things, called for a ban on music, and last year representatives from the group arrested Tinariwen guitarist Abdallah Ag Lamida for a short time, the other members of the band having fled the country just in time to evade capture. Apparently, Lamida was captured while trying to save his guitars, but fortunately freed a short time after (he doesn’t appear on Emmaar, however).

As a result, Emmaar was recorded in Joshua Tree, California, rather than Mali and the sombre air of many of its tracks show that ongoing disturbances in their home country are never far from the bands’ minds.

The opening track’s title Toumast Tincha, (in English The People Have Been Sold Out) gives some hint of this new tone. Chaghaybou, too, simmers with anger and indignation, especially in the naggingly insistent vocals. And there’s a weary resigned feel to vocals on songs like Sendad Eghlalan, its pessimism emphasised by  mournful pedal steel guitar.

It could have been a disaster – but thankfully, the guests, for the most part keep their contributions respectful. I could have done without Williams’ abstract warblings at the start of Toumast Tincha, which threaten to take things into Dire Straits territory before the album has even got going, but that’s a minor quibble.

Fortunately, too, signs of the old Tinariwen liveliness remain. Imdiwanin ahi Tifhamam is a great lurching ride, all offbeat hand claps and emotional call and response vocals. Guitars, hand drums and even violin – courtesy of Nashville veteran Fats Kaplin , in an impeccably judged contribution – combine effortlessly to create driving, flowing rush. The galloping hand drums and skipping guitar lines of Emajer, meanwhile, give the tune a marvellous lightness of touch.

Emmaar is a deep, emotional record, evoking Tinariwen’s deep love for their country and the sadness of its current travails. But it’s also a rich, nuanced work, with finely crafted songs and subtle production that give it a beautifully spacious and sinuous feel. We can only hope that Tinariwen’s next record finds them celebrating a brighter future for Mali and its people.

All words by Paul Margree. More work by Paul can be found in his author’s archive. He writes about experimental music at We Need No Swords. Or you can follow him on Twitter.