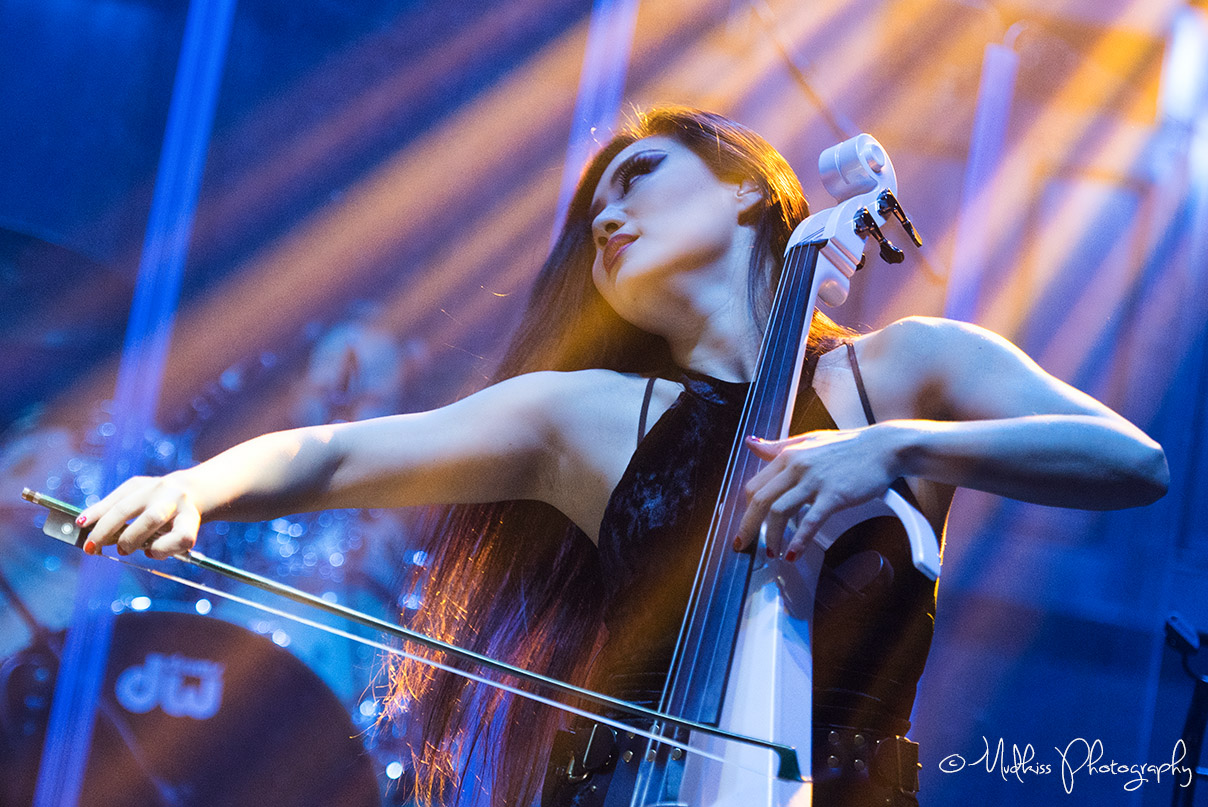 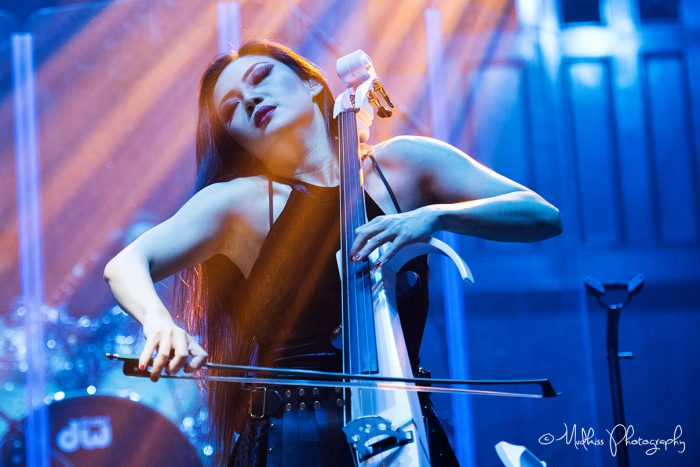 We report back in words and photos from the unbelievable first UK solo show from cellist / composer extraordinaire Tina Guo, performing some of the biggest hits from video-games and movies in her new show Game On!

As a fan of both video-games and movies, I was excited to be heading to a show called ‘Game On!’, in which cellist and electric cellist Tina Guo was to showcase her incredible talents by blazing through a set filled to the brim with tracks from the greatest video games of all time.

Although you might not know Tina Guo by name, the chances are that you would have heard some of her work alongside some of the biggest names in the film composing business – tracks from the likes of Inception and Wonder Woman. Her talents are world renowned and it seemed a rare treat to witness her up close in the intimate Albert Hall. 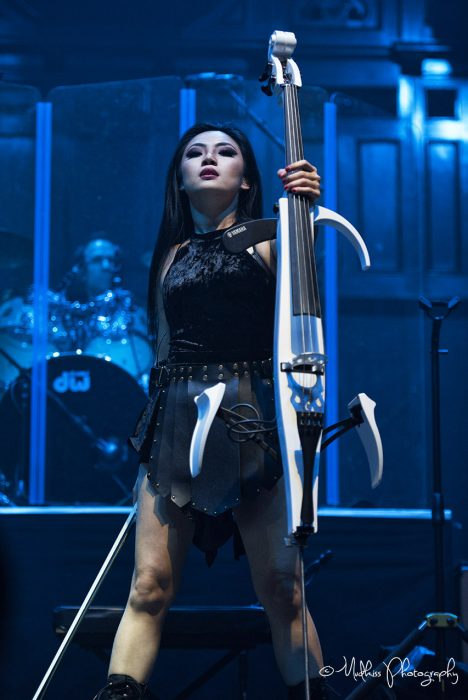 Arriving on stage in a suitably Wonder Woman-esque dress, Guo kicked things off with tracks from Chrono Trigger and Final Fantasy, wielding her electric cello like a weapon from some of the very video games she was performing tracks from. There was something endearingly excitable about her onstage banter – her love for not just the music, but for the movies and video-games that she was performing tracks from, shone through like a laser-beam. Skyrim was a treat (if you’ve ever played the game, Tina brought a suitably Viking metal spin to the iconic title track) before launching into an intimate song from a video game that she’d helped to compose, Journey.

It wasn’t just video-games, though. Nothing was off limits – from the title track to Game of Thrones to a piece from Kung Fu Panda 2 (for this one, Guo switched to a wonderful two-stringed Chinese instrument called an erhu), before moving onto a storming rendition of that iconic Wonder Woman music. The crowd were enraptured from start to finish, and it was a shame that the venue wasn’t packed to the rafters – it certainly deserved to be.

After a brief intermission, Guo returned to perform the haunting ‘Time’ from Inception. There was something incredibly emotional not just about the tracks that she was performing, but from the performance itself – there was so much passion and intensity that it was hard not to be swept up in the magic of the whole thing. There was something much more intimate about seeing a performer so devoted to their instrument, and the electric cello really allowed her to go wild on some tracks – such as an inspired metal interlude on a track from Halo. 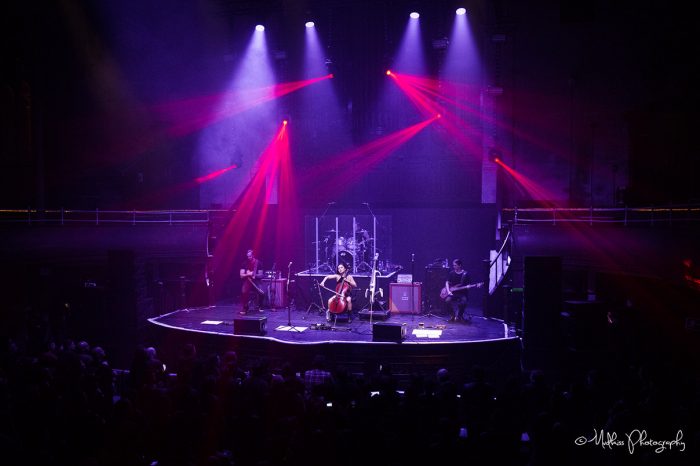 Towards the end we saw the likes of Pokemon and Super Mario take centre stage, and the sense of nostalgia was absolutely infectious. Her last tracks – a manic version of the Tetris theme and a song that Guo lovingly dubbed ‘Queen Bee’ (an amped up version of ‘Flight of the Bumblebees’) brilliantly showcased her insane talent at the cello. It was unlike anything I’d ever seen before, and I felt incredibly privileged to have been a part of the performance. It was a show not to be missed by anyone with even a passing interest in video-games and movies. It was unique and absolutely wonderful.