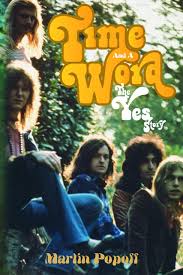 Progressive Rock is perfect example of why the decline of the Music Industry should not be mourned, even in passing. But not for the reasons you think.

The reason the genre is remembered as a pile of middle class, pretentious, overblown twaddle, rather than a genuine effort to push boundaries of performance, is a result of industry excesses. With every movement, no matter how loose or schismatic, there are good bands and bad bands. With Prog, the good vastly outweighed the bad. Sure, there was Emerson, Lake and Palmer and Jethro Tull, but there was also Pink Floyd, Tangerine Dream, Genesis, Steve Hillage, Roxy Music and King Crimson, bands that would be infinitely more influential with Post-Punk than even the most rampantly successful punk bands. This is not factoring in the explosion of fusion bands, without which Hip Hop and Dance simply would not have happened. Mahavishu Orchestra, Return To Forever, Steely Dan, The Pat Metheny Group and Weather Report provide a direct line between Miles Davis’ promethean experimenting to music at large.

The accusation that Prog was a strictly middle class pursuit simply does not bear up to scrutiny. Progressive Rock and Fusion, as the imagery of albums like Return To Forever’s Romantic Warrior and King Crimson’s Islands would suggest, came out of the fantasy and science-fiction underground, cognitive with the Hammer horror boom which, even in the mid-seventies, was going strong. Furthermore, the emerging Heavy Metal genre lent crossover appeal to many of the above elements to make the genre a truly wide-ranging and appealing one.

However, Universal Appeal is a merely a myth and the vociferous reaction to Prog, Fusion and Heavy Metal which emerged from all the filth and fury of 1977 is understandable, given that the Industry had hammered Prog to death. What had been intricate compositional method gave way to zero-calorie solos, conceptual and narrative toying became pompous folkophilia and the theatrics…well, we all know how that ends. The recent vogue for Landfill Indie is nothing new and is indicative of how grasping, acquisitive business practice can be the death of art. In other words, it wasn’t Prog’s existence which condemns the industry, but the way the industry made Prog’s existence contemptible through its ubiquity.

Of all these bands, rivalled only by Genesis, Yes remains the most controversial. Their flamboyant demeanour and technical music is a catalyst for loving or hating prog for many. Martin Popoff’s Time And A Word is a welcome reminder that these musicians were still people, in all their complexity and contradiction, and especially the time leading up to a famous and bitter schism in the early eighties, resulting in Chris Squire alone as Yes and Anderson, Bruford, Wakeman and Howe continuing as themselves.

The book acts as a collection of interviews, second hand reminiscences and contemporary reviews, tracking the band’s progress in real time. This takes on poignancy with the recent death of Chris Squire and a moving obsequy is provided by Steve Hackett.

Yes are revealed in the work to be not pompous or arrogant, but meticulous and bold in their creative method and, crucially, their harshest critics. Such bravery necessitated a certain level of ego and the band’s (many) glorious failures seem to be the result of five strong personalities clashing heads, rather than five soothed egos making soft music to pass time.

Popoff wisely takes a step back and objectively marks each stage in the band’s development, bad reviews, snarky backchat and all, to offer a portrait of a modern band. The sheer array of sources from which Popoff draws shows his talent for trawling archives, no matter how esoteric.

Time And A Word is a wonderful labour of love which obliterates Prog inertia to show a story of a determined but flawed group in their peaks and troughs and ultimately humanises a group shackled to their genre.

Time And A Word by Martin Popoff is available here.

All words by Alexander Garvey Holbrook. More from Alexander can be found here.