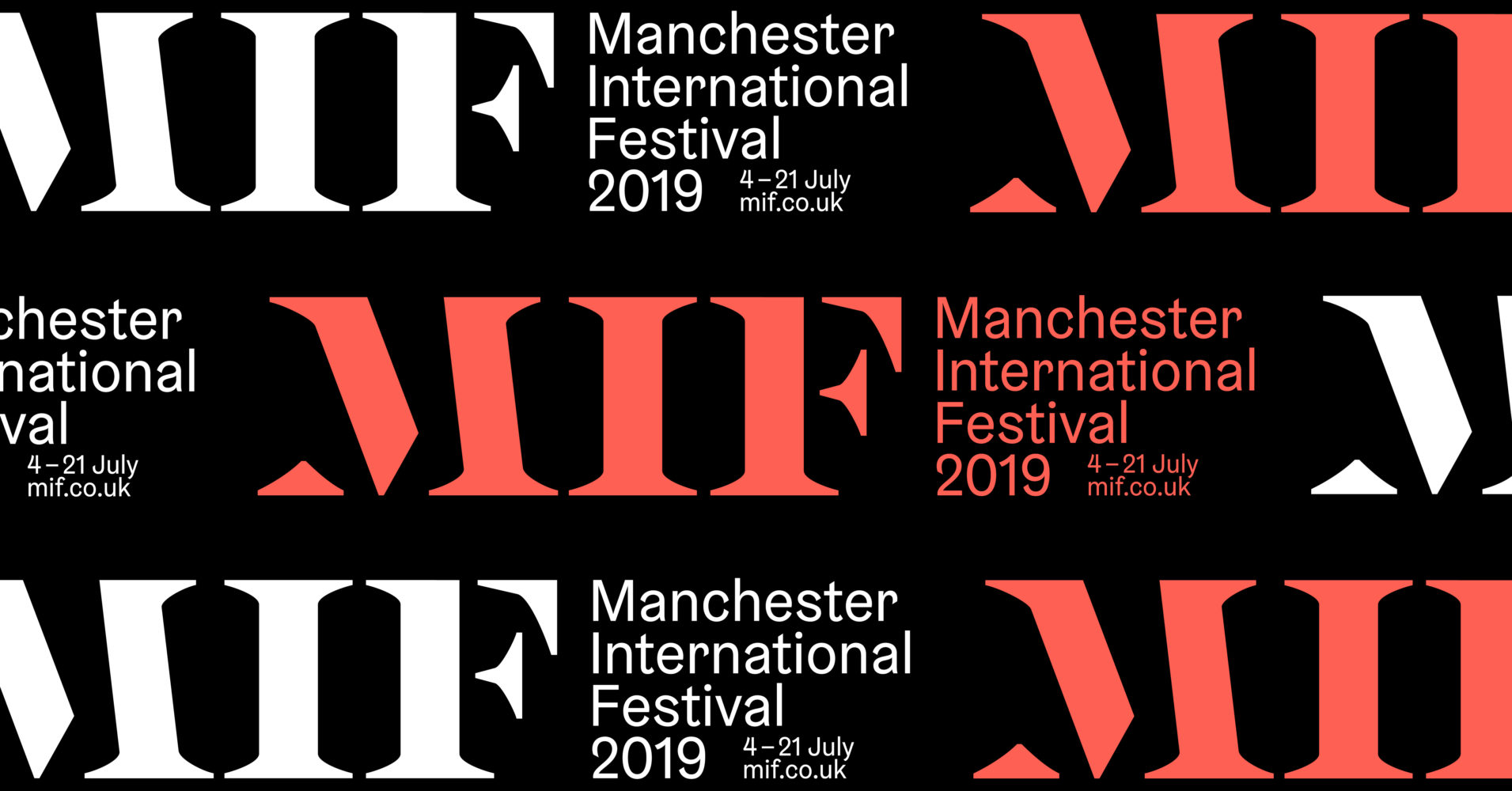 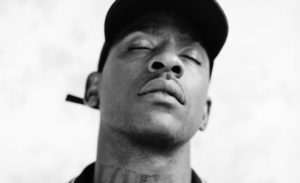 When Louder Than War’s film reviewer Jonathan Bradshaw signed up as a volunteer for Skepta’s slice of the Manchester International Festival last month, he found himself fully immersed in a unique event.  These are his notes from the underground of DYSTOPIA987…

When the MIF19 programme was announced, DYSTOPIA987 immediately caught my eye as something that’s unique and inherently belongs to Manchester. “Skepta’s ‘singular vision of the future: deep, dark, radical and riveting” and the secret location also added an extra layer of secrecy and intrigue, as well as the promise of ‘new technology’ which would be on show.

The volunteer roles for DYSTOPIA987 sounded unique and ranged from ‘Mixed Reality Facilitator’ to ‘Eyelite Upgrader’. I was provided the location a day prior to my first shift, and explicitly told not to reveal the location to other people.

The whole site evoked a sense that we were somewhere we shouldn’t be, and we were doing something illegal. We were also required to volunteer for all 4 nights and this led to a real bond developing within the team, as if we were navigating this dark dystopian world together.

DYSTOPIA987 was split into three zones; Tunnels 7,8 and 9. On arrival revellers were required to put their phones away in Yondr pouches, which used a magnetic lock system to keep their phones locked away. Revellers were then introduced to Dambrin, a form of Artificial Intelligence called IRS or ‘Intelligent Rave Software’.

Dambrin then proceeded to do an x-ray scan of each group to analyse their vitals in the effort to make the best rave possible. Revellers were also given coloured tokens that would allow them to undertake a specific experience in Tunnel 8, which was set up like a marketplace reminiscent of something seen in Blade Runner, with neon lights and performers engaging with revellers. 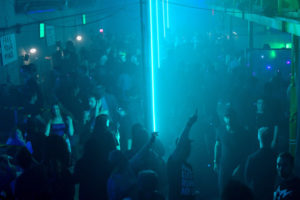 Firstly I was on the mixed reality team which consisted of ‘onboarding’ and ‘offboarding’ people to a special Augmented Reality headset which isn’t on the market yet! Located in a secluded corner of the venue, the experience evoked the process and illegal consumption of mind-altering substances.

In order to keep the event varied for volunteers we were reshuffled and I then moved to the eyelite station, in which people could get face paint and eyelites applied to them. These proved incredibly popular, and I found it quite fascinating that many middle aged adults wanted to have their face painted and lights glued to their faces! 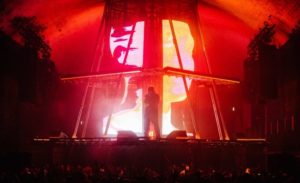 Tunnel 9 was in a long archway with a DJ booth in the centre and a projector that moved up and down the hallway projecting dazzling displays onto the walls, much to the amazement of anyone who looked at it. After a certain amount of time, the performers began to usher everyone into Tunnel 9, in anticipation of Skepta finally revealing himself. To the visitors’ surprise, the performers then tore down a section of the wall which revealed a secret tunnel with a two-tiered platform, which was the stage.

Skepta finally revealed himself to the excitable guests, clad in black save for a pair of fluorescent gloves. The lack of mobile phones made this performance truly special as people were experiencing the music without senseless recording, or telling people outside the rave how good a time they’re having inside the rave. 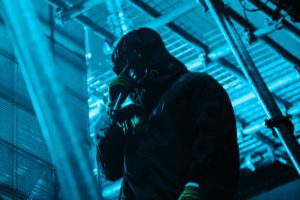 After his closing out song Shutdown, Skepta disappeared as quickly as he appeared. I then left DYSTOPIA987 with the other visitors and we were in a collective state of happiness and confusion, as we had witnessed something unique and unforgettable.

Information about MIF can be found here

DYSTOPIA987 info can be found here