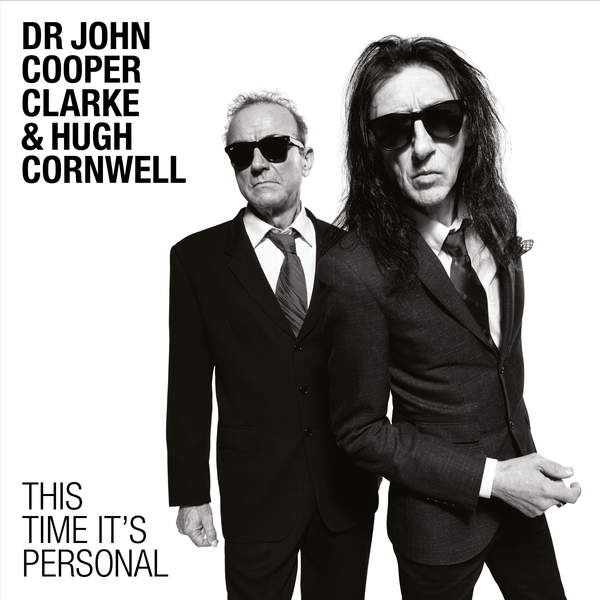 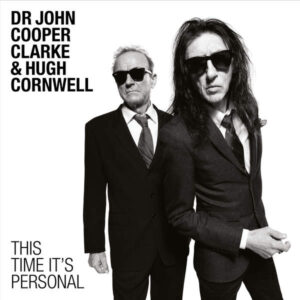 Hugh Cornwell and Dr John Cooper Clarke, two doyens of the alternative scene for forty years and both men with impeccable reputations in their field, have taken themselves right out of their comfort zone to produce one of the more remarkable albums in recent history.

Hugh, the guitar visionary with a lyrical turn of phrase most song-writers would kill for and Dr John Cooper Clarke, the man who has done more to make poetry relevant and accessible than many a laureate, have collaborated on an album of classic American and British pop songs from their youth. It’s fair to say that most of us didn’t see that one coming, which makes it all the more delicious.

In an interview for Louder Than War a couple of years back Hugh said that he felt MacArthur Park was one of the best things he’d done. This surprised me, as not having heard it at that stage, I was left pondering his many career highs to that point and what it was about a cover that had made him so proud.

Listening to This Time It’s Personal though, everything started to make sense to me. Obviously Hugh is one of our great song-writers with a trademark blend of observation, originality and accessibility, and The Stranglers cover of Walk On By is unarguable evidence of his arrangement skills. However, what this album demonstrates is an impressive ability to take a bunch of songs, which it is fair to say most people would never associate with Hugh Cornwell, and mastermind an album of modern interpretations. His production skills here demonstrate a rare talent and are all the more impressive for the challenge of the project. Oh, and all lead vocal duties are taken on by a 67-year-old making his singing debut. Not a run of the mill assignment then.

So what of the famous Northern tones of Dr John Cooper Clarke? Actually very impressive indeed and credit is due both to him for taking the plunge at this stage in his career and to Hugh for spotting the potential that lay beneath that acerbic veneer. He brings sensitivity and affection for the songs he is singing, and his distinctive vocals, somewhere in the same range as Hugh’s, add the vital touch of originality to what are, in the main, reasonably well-known songs. The fact that they are well-known means it is not so easy to take liberties with them, but the tracks chosen are respectfully, even lovingly, delivered and this is clearly a labour of love for both men.

The choice of songs, influences from their youth, actually matters less than the fact that two of our great artists are prepared to challenge themselves at this stage of their career without the aid of a safety net. The version of MacArthur Park, which is probably the lead track from the album, is outstanding. I’ve always struggled with the original but Hugh Cornwell’s arrangement, including the masterstroke of using Jethro Tull’s Ian Anderson on Flute in the middle eight, is an absolute gem.

Johnny Remember Me retains all it’s other-worldly, spine-tingling impact (aided by suitably spooky backing vocals from Lettie Maclean), while Dr Clarke’s handling of tracks such as Donna, Jezebel and Spanish Harlem is very impressive. He swaggers through She’s a Woman, a song that almost seems as if it has been waiting for his gentle touch of Northern mystique, while Love Potion Number 9 and Sweeter Than You leave you feeling that this partnership could yield more than the ten songs on here.

This Time It’s Personal is something of a modern masterpiece from ‘Punk’s Progressive Alliance’ and a testament to the hunger and talent of both Hugh Cornwell and Dr John Cooper Clarke.

Dr John Cooper Clarke and Hugh Cornwell will be touring to promote the album in November and December.