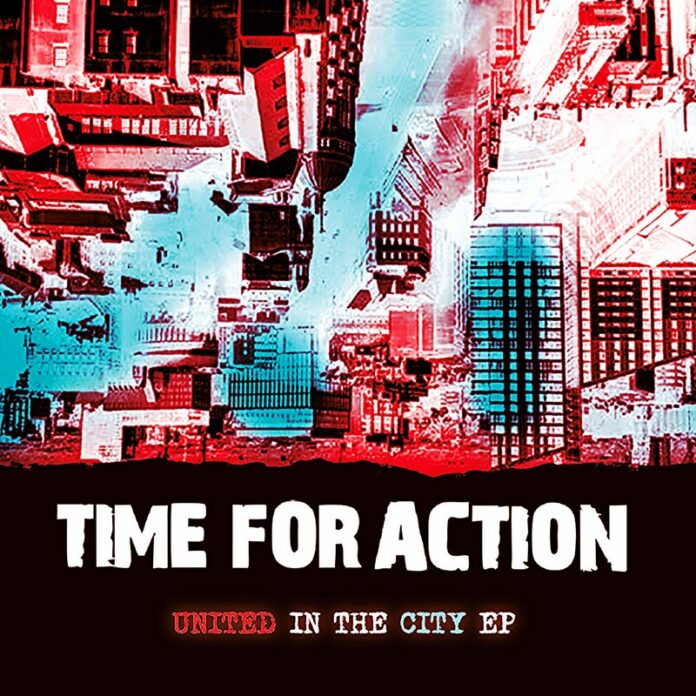 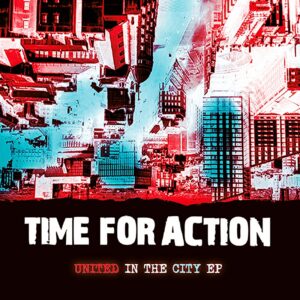 United In The City EP

Time For Action brothers, Dermo, Simon and the Pleasant brothers make a great comeback with an EP that is a call out to everyone. As Dermo quotes “It’s all about bringing people together and closer, through awareness, understanding and love”.

The title track United In The City is a pop punk blast about social awareness. The catchiest chorus going that will be a football anthem on the terraces after the lockdown. A clever way of blending our two local rivals in unison with the great line “United in the City, The City United!”. Tune. Next track Turn It Up is another old school punk rabble rouser venting anger at the lack of concern by the so called powers that be. Dermo’s sneering Manc vocals backed by the tight as fuck trio. A strong punk effort that will whip up the Rebellion crowds next year.

You’ll Never Be My Everything is another punk anthem about never being completely sure about anybody or anything. You’ve just got to be honest and try your best. Something I can personally relate to at the moment… These guys are just having fun, not trying too hard, just rocking out with some well written infectious tunes. Teflon Tigers is about the state of the nation and feeling like your hands are tied, yet being fully aware of the situation says Dermo. This is the closest you’ll get to his old indie days, yet is spliced with his punk influences laid bare. Another catchy tune that will stick in your head for days.

A great return to form and you can tell they’re itching to get this stuff out live. Star & Garter revisited soon anyone? It will be one hell of a party!