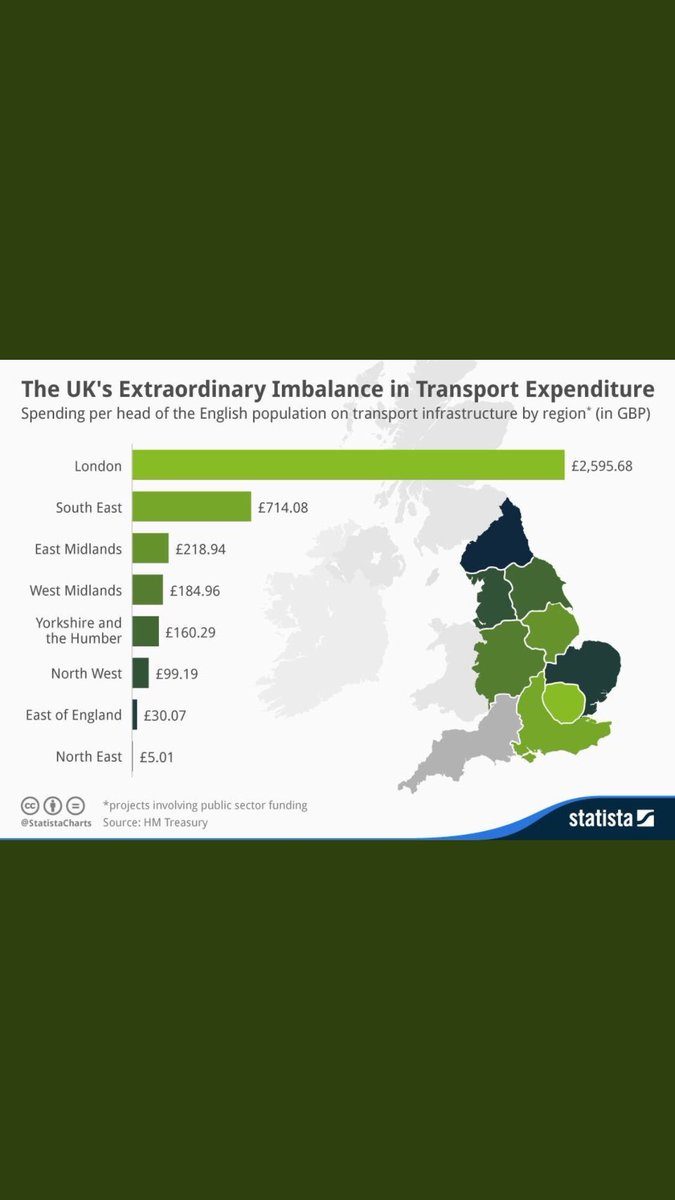 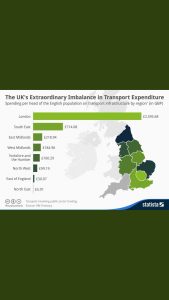 Of course the whole of the UK has a creaking transport infrastructure.

Whilst the powers that be chaufer drive their way through life, millions and minions are wedged armpit to nostril on trains that like the British weather are much talked about but little loved.

Forever rubbing salt in open wounds the powers that be have double whammied the long suffering passenger this week by announcing the ending of electrification of key lines in Wales and the north because of lack of money and then announcing a huge amount of new money for London’s Crossrail scheme. Yet again the magic money tree has been spied when the capital needs something and those mythical people from ‘the north’ have been left like peasants with empty bowls waiting for the government to acknowledged their existence.

Much is made of the creaking transport infrastructure of the South – and, of course, its creaking albiet in a slightly more luxurious manner than the rest of the country. Train delays and overcrowding are a never ending feature of life in the South East and even though they are well documented they never seem to get better.

It’s a problem that needs sorting out – especially with the cost of travel but the forgotten problem, as ever, is in the north and Wales and Scotland. Here the trains outside the main line Pongaloo trains from London to Manchester, are not only late and overcrowded but quite often in rotten condition – ripped seats, broken windows, freezing cold in winter – these wheezing relics from the past creak and groan their way through broken stations like victims of the world’s most neglected train set.

Most of the time there are only two carriages when many more are needed and often they are mislabelled making it almost impossible for anyone who has a reservation to find their seat. There is always a feeling that investment, like most money, is going south…to the south east.

What is needed is a national rail strategy – not millions just spent on London’s Cross rail (so cross it’s managed to demolish half of London’s heritage in the rush to build another Starbucks infested mega station) the same week that the elctrictation of lines in the rest of the UK had to be stopped due to lack of money. Meanwhile the amount of investement put into the different areas of the UK’s transport network is as telling as ever as the map above points out.