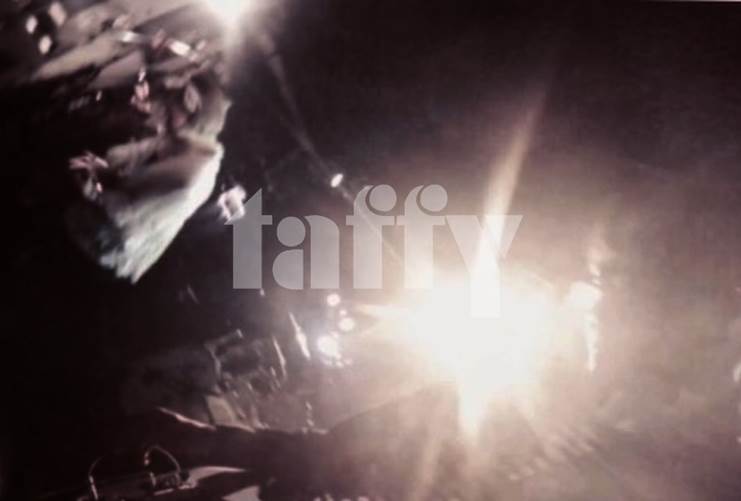 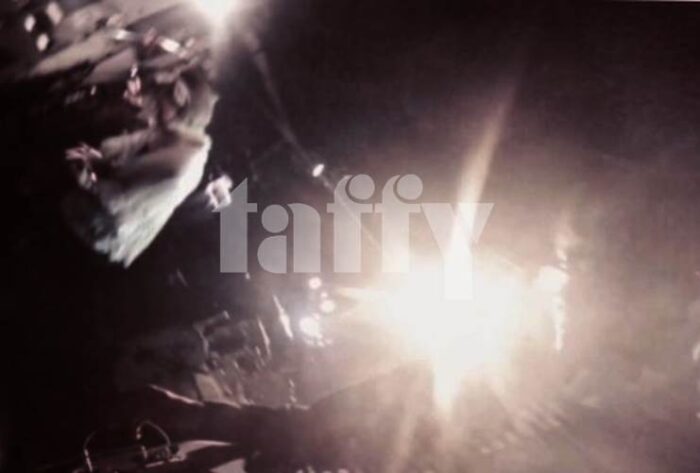 In which Taffy and Tim Burgess demonstrate their appreciation for each other’s work by each choosing some of their favourite tracks by the other.

Everyone’s favourite Japanese indie-shoegaze band Taffy have a new EP. Titled Darkle it’s released on 4th May and if the tracks we’ve heard off of it are anything to go by it’s going to be a joyous fuzz laden ride of shimmering, twisting, dreamy indiepop. Think My Bloody Valentine meets Darling Buds and you might be in the right ball park. The Breeders, naturally, are another popular reference point.

And if those words aren’t reason enough to pique your interest here’s a thing: our man Tim Burgess is a big fan of the band too. So much so that when asked to provide us with some of his favourite tracks by the band he jumped at the chance. And vice versa too it seems – Taffy are such big fans of Tim and The Charlatans that they too were just as happy to supply us with a list of some of their favourite Tim Burgesss songs. These you can find below, but first, a wee bit of promo…

Darkle is out on May 4th via London’s Club AC30 imprint. The seven track EP (to quote from the press release) “…spins dreamy, sugar-sweet vocals over 7 tracks, each under-pinned by the classic Taffy formula: psychedelic shoegaze noise-outs and Graham Coxon-esque 90’s guitar riffs.” Friends of the site Brian Jonestown Massacre have had a hand in the EP too, stepping in to remix Taffy’s “Young Tines”, which tops off a release which screams “…heartfelt pop masterpieces…” and “fuzz laden guitar soundscapes.” from first to last.

Taffy also have a handful of live dates scheduled for May:

You’ll notice they’re playing Liverpool Sound City while over here, the urban festival that’s reliably one of the best in the world year in, year out and which this year is welcoming Tim Burgess’s Tim Peaks Diner, for the first time. This will the venue festival goers should make a beeline towards if they wish to sup gourmet coffee (definitely), eat toasted crumpets (probably) and listen to live music by not only Taffy but also Hot Vestry. Tim Peaks Diner customers will also be treated to DJ sets from Dave Haslam and other “very special guests” are also, somewhat mysteriously, promised.

Sound City 2015 takes place between 22-24th May 2015 and this year plays host to the mighty Swans, The Vaccines, The Flaming Lips, Belle and Sebastian, Roni Size Reprazent, The Thurston Moore Band, Gaz Coombes, The Cribs, Peace and Louder Than War favourites Fat White Family. Phew! Weekend and day tickets are available now and the website for more details is here: liverpoolsoundcity.co.uk.

And now with, as they say, no further ado (finally) let’s get down to why we’re all here – to check out some music by Taffy and Tim Burgess and to find out why they appreciate each other mutually so much…

Anton remixed a track from the latest Charlatans album, I didn’t know of Taffy then but the next song he remixed was by them. I think Anton is one of the best remixers around – he brings a real hypnotic quality to the song.

The first Taffy song I heard. We were playing in Tokyo and someone asked me if I’d heard of them and that they thought I’d like them. This has a kind of C86 meets shoegaze feel. It’s great as it still sounded like the music we were hearing in Japan but reminded me of lots of bands I’ve liked for ages.

I had ‘Between’ stuck in my head for the day so I thought I’d check out some more songs. I was putting a line up together for Liverpool Sound City and I thought it’d be cool to invite a band from Japan. I listened to Snowberry and it made my mind up.

There’s a great singalong kind of feel to lots of Taffy songs, this has that catchiness but it reminds me of some 60s French pop too. Kind of like Francoise Hardy covering Elastica.

This is from their latest EP. A big old mix of fuzzy guitars and a catchy chorus. They just made 100 Japanese Tim Peaks mugs commemorating their Tim Peaks, Liverpool Sound City gig. What’s not to like about this band?

Taffy on Tim (by Iris, vocals)

When I first met Anton (BJM), he had just finished remixing this song and that’s how I met this song. The Charlatans with that mysterious Anton groove magic worked on. Simply psychedelically beautiful…! At that time then, I hadn’t heard the original one so I was very excited for their latest album “Modern Nature” to come out – and when I finally got it, this was the first song I had listened to. And of course it was as good as I’ve expected.

“Come home baby, come home baby, kiss me gently…” Aww, this phrase and the melody stuck, ever since I first heard this song! It’s full of love and it gives you a heartache at the same time. I don’t know if it’s Tim’s voice, or the notes in each instrument, but The Charlatans music squeezes my heart. So many songs that I like but I guess I could say that this is surely one of my favourite in this album.

Can someone tell me if there is anyone who wouldn’t be attracted to this song? From the first “one” they catch your heart and when Tim starts singing, you’ll just have to listen to the end. Among many other reasons why their songs are attractive, I think that their drum rhythm is one of them. That same stable beat pattern, giving that groove throughout the songs. I feel that a lot in this song, which I love. And again this melody makes me calm and a bit sad at the same time. I can’t find the right word, but The Charlatans songs just squeeze my heart, like warm but heartrending, you know?

This is the last song from the latest album “Modern Nature” and it’s so perfect for the closure of an album. I love, and we use, a lot of harmony in our songs and this song has a beautiful harmony, on a steady beat that makes me feel like the song should go on forever. I feel the rising sun and the closure at the same time. Beautiful…

In fact I get pulled into this song so much that I can repeat and listen to this song for a hundred times and more. Woops, there goes another favourite, haha.

When Tim was in Japan earlier this year, we got invited to Tim Peaks Diner at Liverpool Sound City 2015 and I am really excited about it. Even though he’s not going to play there this year but just curating, this is the song I saw him play at the previous Tim Peaks Diner on Youtube.

It’s a song from his solo album “Oh No I Love You”, I love the song and the atmosphere I saw of Tim Peaks Diner, can’t wait to be there.

Lauren Moon: What Goes Round (Comes Round) – single review