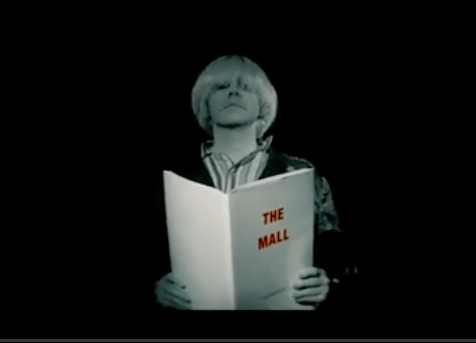 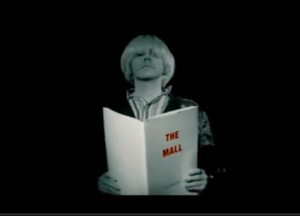 Like china in the hand, Tim Burgess’ new single The Mall has a gentle fragility. The song arrives in watercolour washes. Easing along, all pastels and shading, no sharp edges. There is a tentative vulnerability to its sound, it tiptoes into the back of the room. This is a delicate few minute of harmonious pop that draws the listener in. Burgess’ pop sensibility is fully on display here.

The Mall carries a different sound to the more acoustic shuffle of Burgess’ recent single Empathy for the Devil. The new release has a similar tone and feel, the pace and lope are similar. Both songs also share similar textures and layered foundations. Perhaps, together, the give a glimpse of his forthcoming long-player I Love the Sky, which follow in May this year. Having said that, his previous solo records tend to work across different types styles and combine different genre blends, so it might be better to expect something that moves across these types of sounds.

Peaking up from the textures, a Lo-fi keyboard instrumental pops up around the half-way point – breaking the song into two halves. It’s tinny sound works in contrast the subtle flow of the songs harmonies. It’s also a reminder that, despite its full sound, this is a song in the tradition of stripped back pop music. It reminded me a little of the sound on parts of Gruff Rhys’ Hotel Shampoo and American Interior LPs. Like Rhys, Burgess is working to bring out the melody and place it at centre stage – the instrumentation is also comparable. The vocals are high in the mix, with the soft sonics acting as the scaffolding for holding the croon up above the watery music below.

By the end, I’m not quite sure if Tim Burgess is a fan of malls or not. It probably doesn’t matter – the lyrics are more like a portrait of life and ordinary spaces. They seem to be painting a picture of a shiny space and the everyday passing of time. It’s a social space. A place to go.

Tim Burgess’ new solo album I Love the New Sky is out on the 22nd of May.

Words by Dave Beer, who is on Twitter here.