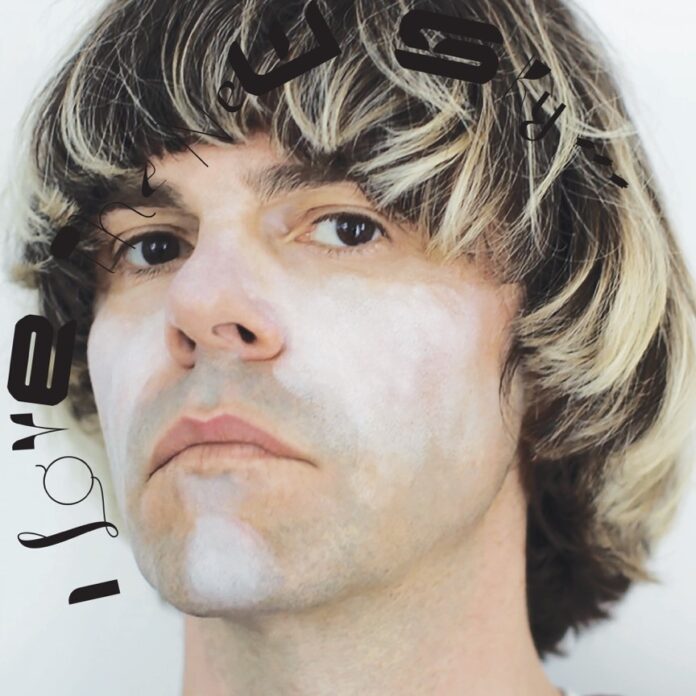 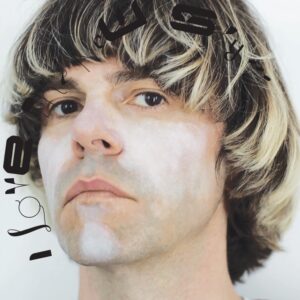 I Love The New Sky is full of optimism and realism. At times light-hearted and fun, at others poignant and reflective. The overall message seems to be about embracing a new beginning or chapter and the album feels fresh and considered. Julia Grantham reviews.

What would it take for you to read this review? Do you recognise the name, Tim Burgess? I Love The New Sky, is his fifth solo release. For many, Tim Burgess is simply the frontman of popular ’90s band The Charlatans and his solo work is perhaps shrouded in accidental mystery. What might not be widely known today is that Tim has his own record label which popularises many new bands and artists. He has his own coffee brand, a virtual and physical ‘Tim Peaks’ diner. He has written three books and is so prevalent and involved on social media that it is questionable if he actually has time to sleep.

Indeed, it is often the case music fans become trapped into thinking nothing can compare to a time that they remember as being the best of a specific band or artist, when they were growing up, care-free and enjoying the freedom of youth.

However, you could be a huge Tim Burgess fan eager to read this review. Either way, please forgive my unusual introduction to his truly fantastic new album from a man who has never in his lengthy career stopped being creative, exploring new ideas, evolving, and pushing boundaries. I urge you to delve into possibly his finest solo album to date. It is perfectly placed for an uplifting listen during these testing times in which we are all living.

Empathy For The Devil opens the album and is instantly catchy, melodic and rich in playful instrumentation, with a beautiful folk-style dreamy middle eight interlude. The track is pop music at its very best. On the one hand, tuneful and rhythmic, on the other, possessing many rich layers of instrumentation. This is not something thrown together. It is considered, with meticulous detail to its production, harmonies and the clever addition of strings, which sets it apart from its contemporaries.

Tim’s boyish and innocent-sounding voice is wonderfully juxtaposed with the wise words he effortlessly sings. The lyrics depict a message to someone, imparting well-meaning advice, “I’m hoping the infliction affects you, and all your imperfections perfect you, not there yet but it’s all gonna work out fine”. We are invited to sing along and smile to this song, and it is hard not to imagine it being performed live to an appreciative and attentive audience.

Sweetheart Mercury has a very playful and bouncy feel to it. There is a wonderful simplicity to both the lyrics and melody. It is dreamy, buoyant, and almost feels like the opening theme to a children’s TV programme. Indeed, it has an innocent and childlike quality to it, almost as though Tim specifically wrote this song with his child in mind, as the repeated line “I named you after me”, seems to indicate. The appeal of this track is its immediate accessibility and purity. It is the kind of song that you instinctively nod your head to, smile and allow yourself to get lost in the layers of melody and harmony. 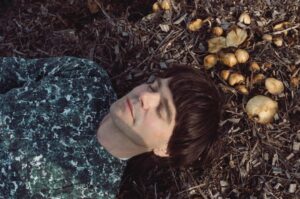 As with many songs on this album, it is the harmonies that stand out and Comme d’Habitude is no exception. Here is a poignant song about a past love, although sung with a degree of humour. Stylistically, it takes us on a journey through many musical styles, from pop to jazz, at times staccato, and others a hazy blend of blues.

Moreover, just three songs in and this track showcases Burgess’ ability and competency as a songwriter. He utilises a range of styles and instruments, playfully and effortlessly, making use of different tempos and rhythms to achieve an accomplished and pleasing sound.

Although the melody lines to the songs on this album were written on acoustic guitar, many are performed and recorded using a keyboard as the main instrument. Sweet Old Sorry Me has quite a retro feel to it. It could be performed by David Bowie or Elton John, and as such has a classic quality about it, and yet it feels fresh and modern at the same time. The song seems to be about a mental journey, remembering the past, trying to move on, whilst still hanging on to something or someone, “I’m just trying to remain calm, in these lonely nights”. It is like an ode to feeling sorry for yourself but trying not to. Something we can all relate to.

Each song on this album seems carefully constructed and not one is the same. With some albums, it is obvious which tracks are the singles. It’s clear which ones are merely fillers, yet here, every song is meaningful and has more variety and content than you would expect on one album.

The Mall mixes up tempos and makes use of sweeping melodic passages. This is highlighted by the juxtaposition of punchy staccato vocals over the wistfully prolonged backing. A playful synth-led middle eight gives way to electric guitar and, true to form, showcases Tim’s lyrical genius.

The metaphor of a mall and wandering around an artificial place as a way of distracting oneself from real life invites us to imagine losing ourselves in a familiar place. “They say that you can’t win them all, but you can if you’re at the mall” seems to add an element of humour perhaps? It could be the ambiguity to this line that would appeal to the discerning music fan, but it works on so many levels as it makes use of everyday activity to transport the listener to another dimension. Moreover, this track oozes highly competent arrangments and production. Nik Void and Daniel O’Sullivan’s contribution to I love The New Sky really shines through this song. Just like watching a cleverly directed film, The Mall leaves you feeling the need to immediately start again and listen several more times, finding new elements and liking it even more with each new play.

Only Took A Year is a clever name for a song because it instantly conveys a sense of intrigue. The lyrics reveal a song with a real purpose and one carefully considered too. Perhaps, so as not to lose any authenticity it has a very natural and deliberate feel to it. The reference to The Cure and favourite albums adds a fun element to the song, and yet alludes to the fact that what we think and how we feel changes all the time. The words unfold a bit like a stream of consciousness and do not always knit together but this just makes the song more appealing. It is unconventional, fun, and wrapped up in a beautifully packaged melody. However, we are still left wondering what exactly took a year?!

I Got This is grandiose, spacey, frenetic and empowering. It makes fabulous use of synth and has wonderful, playful The Bangles-style ‘uh-oh’ backing vocals. “Its gonna get better, just keep on climbing, one day you’ll be flying, I’ll be the one who walks you through the darkness. I got this” is such an uplifting lyric, that only a song-writing veteran could write. Undertow boasts piano, strings, and demonstrates Tim’s youthful voice. It laments a friendship that cannot be salvaged. It is a sad song. Perhaps the most stripped back track on the album. It has nowhere to hide and its meaning is amplified even more so for this, “It’s too late for any kind of any sorry. I’ll see you in the undertow” makes for a poignant and wistful song, made even more beautiful by way of a piano and mournful-sounding strings. It is hard not to shed a tear the first time you play it.

Laurie feels like a song written for a friend. It seems to wrap around the listener like a warm blanket. It is full of warmth, compassion and has a wise almost omnipotent meaning.

Although the songs on this album vary in style, content and meaning there is a dreamlike quality which unites them. Whether sad, happy, carefree or poignant, there is a constant underlying theme of dreams and dreaming. This one, in particular, emphasizes the importance of dreaming. The words “All that is important, is that you’ve been dreaming, lately” serve to remind us how important it is not to lose ourselves in the mundane and everyday routine in which many of us find ourselves a slave to, but to look up to the new sky and keep dreaming.

It appears almost impossible that just a year after releasing his fourth solo album As I Was Now, Tim had written, recorded and released I Love The New Sky. This just adds to its very real and natural content. This album will appeal to many listeners, not just loyal Charlatans or Tim Burgess fans, but any music lover who appreciates honest, accomplished song-writing with many layers. It looks to the future with a sense of positivity, buoyancy, and optimism, which gives it all the prowess of a skilfully-made, beautiful collection of songs. This is perhaps Tim Burgess’ finest album to date and its release is perfectly timed amid this unprecedented era of our lives, providing a much-needed injection of hope, empowerment, and alacrity.

All words by Julia Grantham. This is her first piece for Louder Than War. You can find her on twitter. Photo by Cat Stevens.