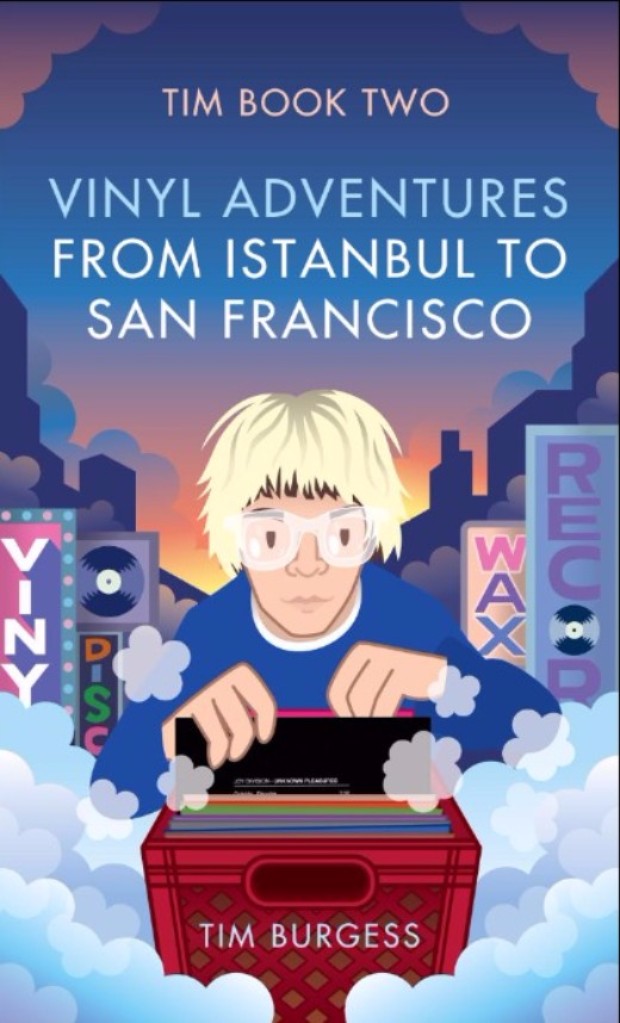 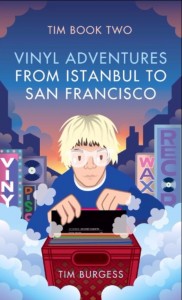 Faber and Faber are to publish Tim Book Two: Vinyl Adventures from Istanbul to San Francisco by Tim Burgess.

‘Tim Burgess is a crusader and vinyl’s epic voyager. He knows why pop’s art, a culture and a cure. Learn and listen. He knows good things’ – Johnny Marr

In 2012, Tim Burgess of the Charlatans published his hugely successful and critically acclaimed memoir, Telling Stories. Tim really enjoyed his new role as an author, and so here it is: Tim Book Two – a tale of Tim’s lifelong passion for records, the shops that sell them, and the people who make them.

In some ways, the biggest events in Tim’s life happened in the couple of years after he had finished writing his first book rather than in the forty years before. So he had more to say, but instead of another autobiography he chose a different way of telling the story. Tim set himself a quest. He would get in touch with people he admired, and ask them to suggest an album for him to track down on his travels, giving an insight into what makes them tick. It would also offer a chance to see how record shops were faring in the digital age – one in which vinyl was still a much-treasured format.

Tim assembled his cast of characters, from Iggy Pop to Johnny Marr, David Lynch to Cosey Fanni Tutti. Texts, phone calls, emails and handwritten notes went out. Here is the tender, funny and surprising story of what came back.

“You can’t feel blue around Tim. He makes you feel happy, not just about music but about life. Even the most cynical of souls (mine) become infected by his gorgeous energy. Plus he gives good vinyl.” – Sharon Horgan

Tim Burgess is a singer, a songwriter and a record label owner, best known as the lead singer of one of the defining bands of the 1990s, The Charlatans. Tim was born in Salford but grew up in a village near Northwich, Cheshire. Leaving school at 16 to work at ICI, his real love was music and soon afterwards he was invited to join new band, The Charlatans. They have gone on to have 3 number 1 albums and 17 top 30 singles. For 12 years, Burgess lived in Los Angeles but now lives back in the UK.