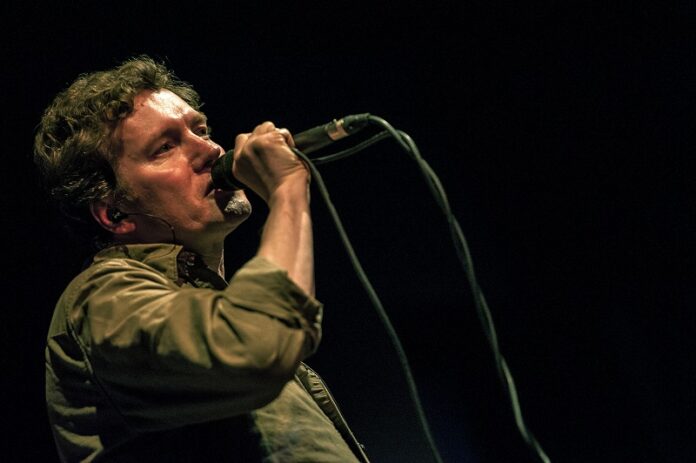 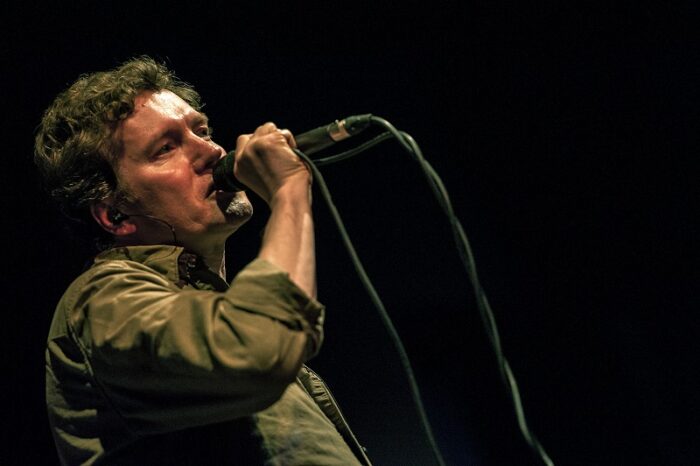 Tim Bowness and Louder Than War, a lethal combo  –  the album review  here,  the interview  here;  and now the live show. The trip with his band to Manchester’s Band On The Wall gave Mike Ainscoe the chance to complete the holy trinity of coverage.

A couple of select album launch gigs ‘down South’ and a jaunt to a big festival in Poland, is scant reward for a singer, his band and an album that deserves much more credit. Thank goodness that common sense prevailed, bringing him and his band further north. There are local connections too, Tim having spent a lot of his time in the area and also with opening band Nerve Toy Trio from nearby Warrington demonstrating a tangled web of connections between the three bands who occupied the stage during the evening.

Nerve Toy Trio opened up with a short set of guitar led instrumental jazzy prog pieces, the attention perking at a particular moment as they built up to a big song ending, leaving a chord hanging while their drummer literally rolled up his sleeve up before delivering the final blow. The likes of Mushroom Attitude bringing to mind the early days of Yes, particularly with the jazzy guitar runs and the sound of the Rickenbaker. 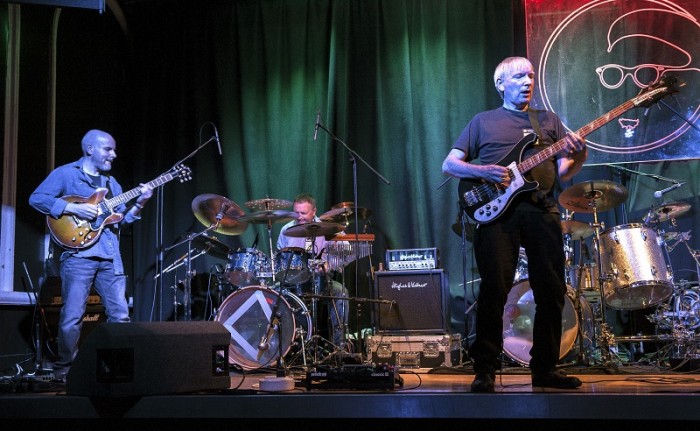 Improvizone – a band of sorts who did exactly what it said on the tin. Essentially the guys from Tim’s band, led off by Colin Edwin and Andrew Booker toying with some drum/percussion and bass sounds before guitarist Michael Bearpark wandered on from the floor to join in with what was essentially some Free form improvising. It shouldn’t have been surprising then when Nerve Toy Trio guitarist Tony Harn climbed onstage in a similar fashion to join in – perhaps the audience wondering who or what might be next or whether indeed it was time to may jump up and add some free form vocal improvising to proceedings. It served as just a little mood music for the main event and rather than simply playing a track or two over the PA offered up something more interesting and if not particularly visually exciting, at least giving an opportunity for the musicians a chance to warm up a tad.

From his debut album to a couple of NoMan selections and the best of the previous and most recent two solo efforts – Abandoned Dancehall Dreams and Stupid Things That Mean The World – Tim Bowness and his band, adding keyboard player Stephen Bennet to the Improvizoners, delivered a set which showcased the Bowness canon from the sublime and emotionally draining to the not quite ridiculous but the lighter and less intense.

Some may find his music and his lyrics a little on the melancholic and depressing side, the man himself admitting to delivering songs which were what he called “slow songs all about slow deaths” – Know That You Were Loved being a case in point – yet an absolutely stunning and thoughtful piece which might be melancholic and immensely sad in its sentiment yet strangely uplifting in the welcoming acknowledgement of drifting away into death and the unknown. Dropping the recorded coda as a result of the song reaching a natural point for the audience to applaud, like Smiler At 50, the ability to deliver a tenderness and compassion in song is a real strength. 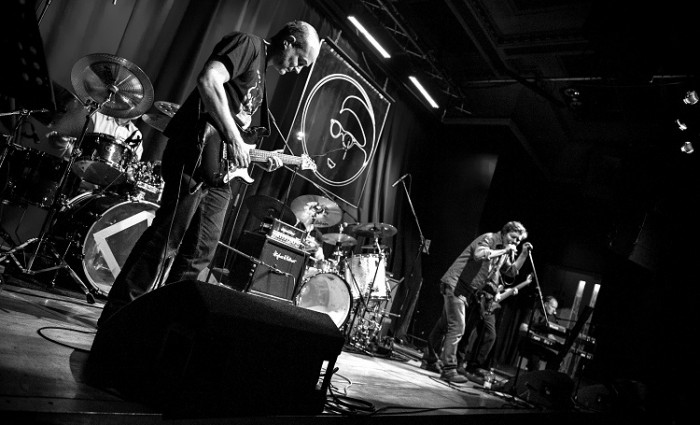 Alongside his treatment of the more standard rock base of The Great Electric Teenage Dream’s stark opening and slow build to the overpowering ending giving way to a terrific thundering drum led The Warm Up Man Forever there was also the perverse challenge of including what he’s termed the least liked song on the least liked NoMan album – placed against the chugging pop of the title track added another branch of variety to a set which came up trumps on every count.

Playing out a bit of a theme for the evening, Tim stepped offstage to watch his band play out the musical climax of the set before he, along with Nerve Toy Trio drummer Howard Jones hopped back up onstage – via the audience naturally, joining him for a final encore of NoMan’s All The Blue Changes. A small but clearly discerning audience and an underrated English gem. Classic English songwriting and musicianship of the highest order; love and loss a speciality.

You can find Tim Bowness online here. He is  also on Facebook  and  tweets as @TimBowness.

All words and photography  by Mike Ainscoe. You can find more of Mike’s writing on Louder Than War at his author’s archive and his website is michaelainscoephotography.co.uk.