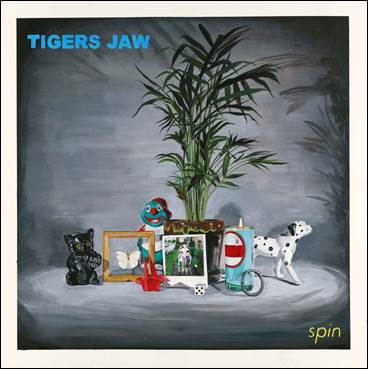 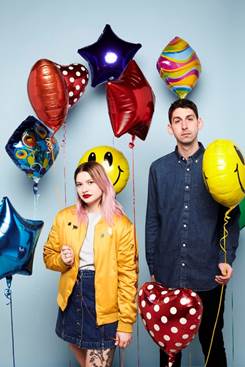 s Jaw have announced details of their fifth studio album ‘spin’ to be released on August 18.

The album represents the first release from Black Cement Records, a new name under Warner Music in the UK.

All tracks on the new release have been completely written and recorded solely by the duo Ben Walsh and Brianna Collins with long-term collaborator Will Yip at Studio 4 in Pennsylvania. The band have said that as result of taking a month in the studio with no external responsibilities to be concerned about resulted in an album that sounds more fully formed than anything Tiger Jaw have done in the past.

“In a lot of ways this record is a return to the way the band started in the sense that it was coming from two people working very closely together and I think that resulted in something that was really cohesive,” Walsh explains. “The whole experience felt really organic even if the recording process was different than anything we had done in the past together.”

Tigers Jaw advises that spin sees the band stretching out sonically and that lyrically. Walsh also tried something new by experimenting with stream-of-consciousness writing to express his ideas in an unfiltered fashion.

Album pre-orders are now open at and from the band’s store on CD, limited edition blue vinyl and with merchandise options* and from iTunes for digital download. *All pre-orders receive instant downloads of ‘Guardian’ and ‘June’.

You can also keep up to date with Tiger Jaw news, tour dates and releases via their official website, Facebook page and twitter where they tweet as @tigersjaw.
Tigers Jaw will be appearing at the Reading and Leeds Festivals in August.