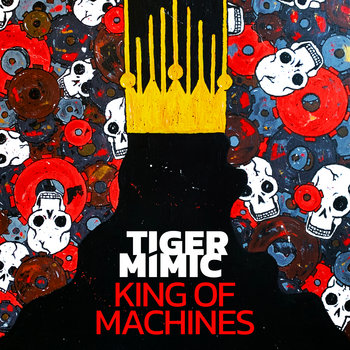 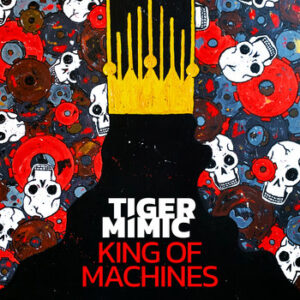 Tiger Mimic’s third single of 2020, King Of Machines, is out now on 31% Wool. Full of jagged verses and snarling choruses, the band say it’s “a lament and a grave rebuttal to the hate, hypocrisy, fear, and callousness that has defined the political landscape in recent years”.

The four piece Tiger Mimic are made up of Americans Jess Rhodes (vocals & keys), Bram Johnson (guitar & vocals) and Brits, Ben Willis (bass & backing vocals) and George Latham (drums) and have been making a serious noise in the live London scene since late 2018. Even though the world has gone askew in 2020 with the pandemic the band have kept going, recording and releasing new music.

King Of Machines is “a fiery anthem of disbelief for a world that has become almost unrecognisable” and has a bloody stunning animated video to accompany it. Created by guitarist Bram Johnson, also a talented Visual Designer and Artist, it fits the track perfectly and is often unnerving and nightmarish (practically heading into Pink Floyd/Gerard Scarfe territory). Anyone interested should also check out the videos to the previous singles; It Was Still Dark (animated) and Where The Fire Used To Be (spoofing black and white Detective Pulp movies of the 1950’s).

The bands sound evokes The White Stripes, Queens Of The Stone Age, and a darker side of The Strokes, but there is also a bit of Queen like ‘pomp’ in there in the middle eight (just saying).

A seething send-off to this lost year King Of Machines is one last sonic jolt to the silence of 2020. 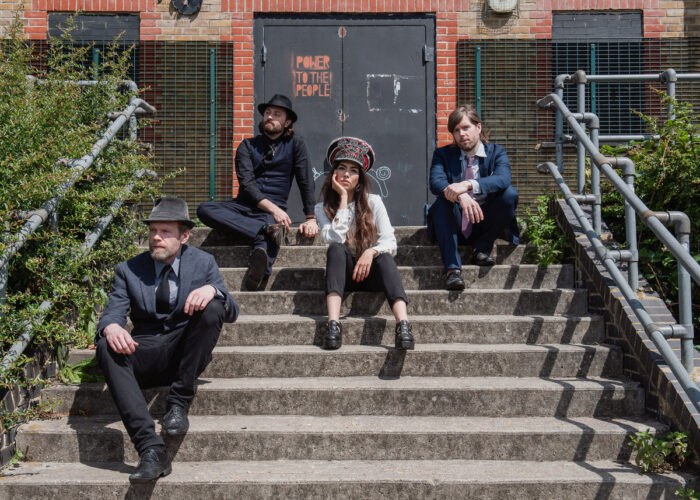 All words by Iain Key, find his Author Profile here author’s archive or on Twitter @iainkey

ABOUT US
Louder Than War is a music, culture and media publication headed by The Membranes & Goldblade frontman John Robb. Online since 2010 it is one of the fastest-growing and most respected music-related publications on the net. We are always looking for the new noise, the next buzz,. We have no borders, no boundaries – all the musical skree of the 21st century is ours to celebrate. We still believe in the power of music and we still believe in the counter culture. We are punk! We actively seek out new music - if you want to be on our radar then contact us
FOLLOW US
© Louder Than War. All rights reserved. Site by SEO Company and STRANDcreative.com
“All words by Iain Key. See his Author Profile here author's archive or on Twitter as !function(c,h,i,m,p){m=c.createElement(h),p=c.getElementsByTagName(h)[0],m.async=1,m.src=i,p.parentNode.insertBefore(m,p)}(document,"script","https://chimpstatic.com/mcjs-connected/js/users/c32995657a3116afcc65f4cb6/67a7b1cbac49045009178752e.js");