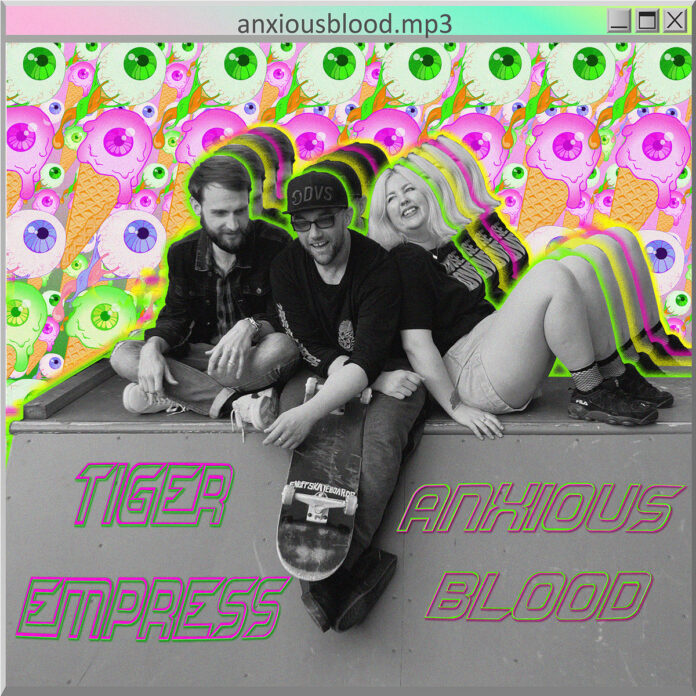 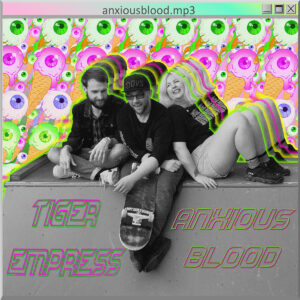 Tiger Empress unleash a new single to get the blood pumping.

Cornish band Tiger Empress release their second single, following on from last year’s Imposter Syndrome, and it’s a stunning little number called Anxious Blood. Continuing with their laudable DIY-as-fuck attitude, the single was recorded and produced by bassist John Logan, and the video produced by singer and guitarist Sarah Marie Tyrell. Incredibly, this was Sarah’s first attempt at animation and she spent 250 hours hand-drawing each frame. The result, a gloopy, melting, psychedelic colour phantasmagoria of eyeballs, teeth, pizza, interspersed with footage of the band, shows that Sarah could easily get a job in video production. But that would be a loss to the music scene.

Sarah played in Louder Than War favourites Honey, whose album we reviewed here, and it has been a long wait to hear her new stuff. Becoming a mother and the pandemic, though, does tend to slow the best of us down. 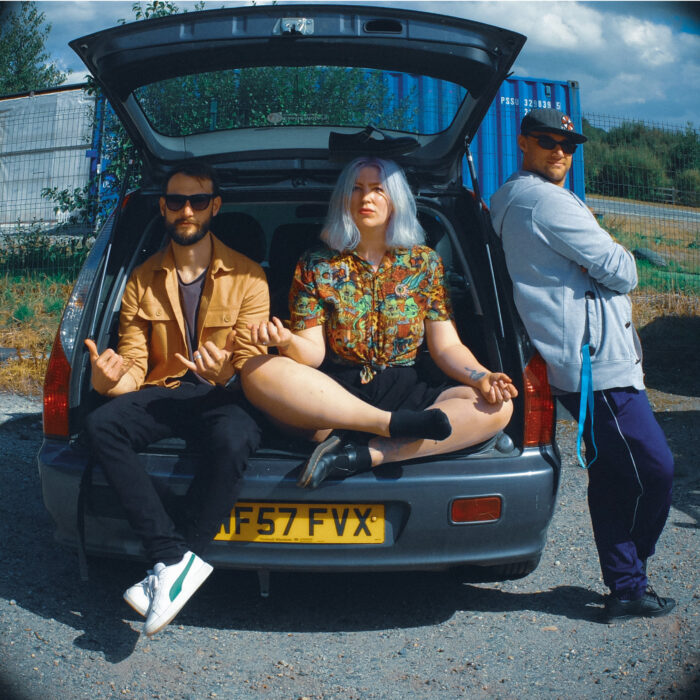 Anxious Blood starts off like an out-of-control train, rushing into the next disaster, chaos and fake news, with the bass rattling away under a heavy beat from drummer Sam, the guitar so razor-sharp, it could cut you and the vocals a grunge-tinged plea. The chorus is the sound of the world pressing in on Sarah and her desperation to escape. She describes the lyrics as her post-lockdown realisation of ‘oh shit I have social anxiety,’ and the hopeless dread that comes from late-night doomscrolling. It’s a great alt-rock track with some wonderful melodies and nuanced little motifs scattered throughout it.

Tiger Empress hope to release their debut EP in 2022, but in the meantime, they are planning on playing as many gigs as possible. Catch them if you can.