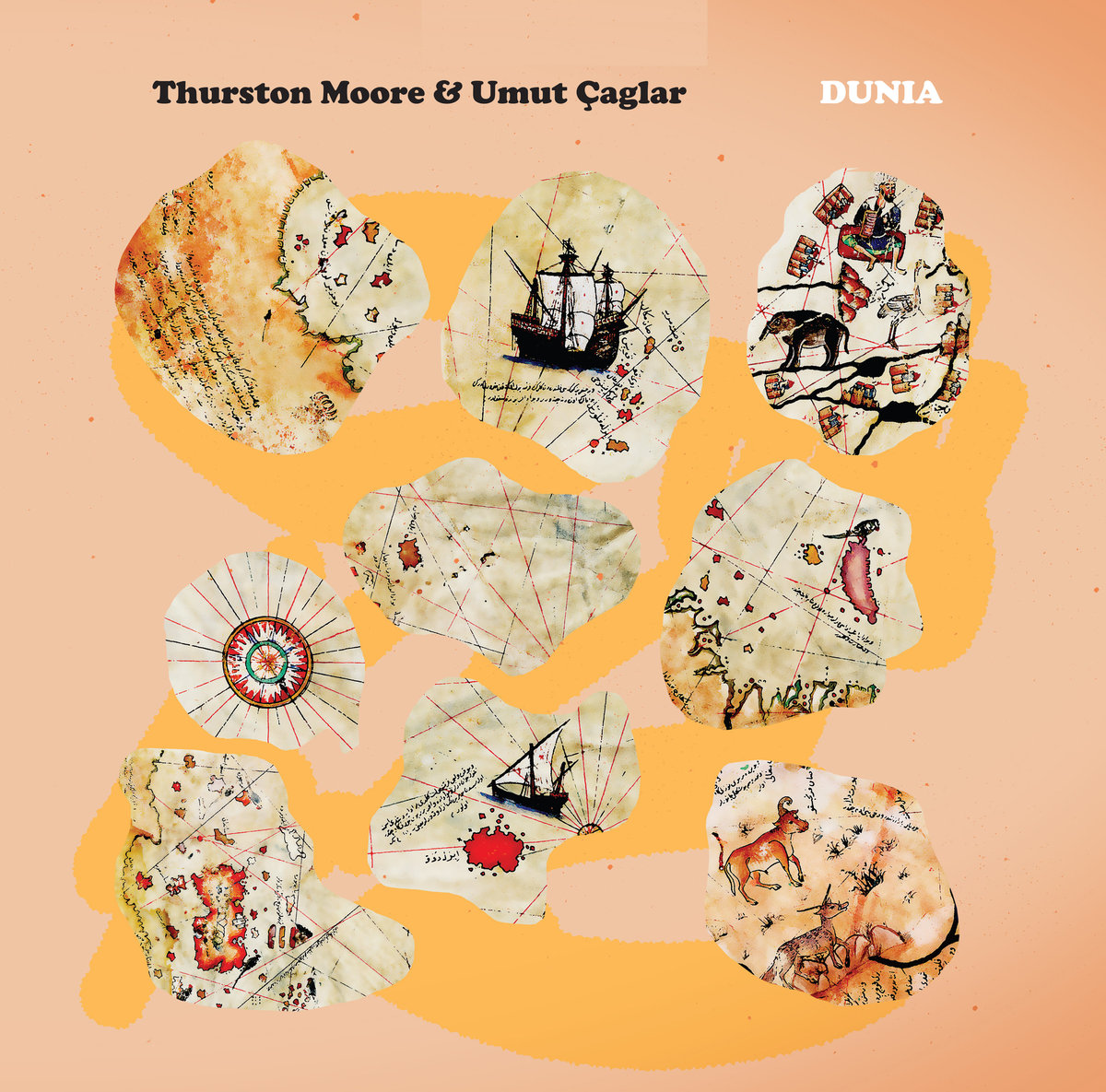 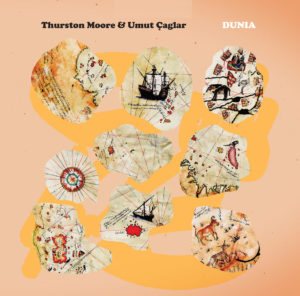 Pretty much as soon as Sonic Youth hit the big time in the 1990’s, co-founder and guitarist Thurston Moore kicked off a parallel set of activities, indulging his penchant for oddball sonics with a suite of quirky solo albums (1995’s ‘Psychic Hearts’ is an early favourite) and seemingly endless stream of freak-music collaborations. Charming though the former are, the latter is where the magic happens, with Moore adding his trademark wiry hangnails to sets with Japanese noise guru Merzbow, guitar mystic Loren Connors and free jazz heroes Joe McPhee and William Hooker.

Sonic Youth may be in the trashcan these days but the Moore dichotomy remains. Bands like Chelsea Light Moving and the Thurston Moore Group lend shape and form to his gonzoid frizz, while the off-road partnerships provide a channel for weirder inclinations.

Since decamping to London some years ago his investigations have often been tinged with the palette and gestures of free improvisation, honed by regular appearances with scene veterans like Mark Sanders, Evan Parker and John Edwards.

Free improv’s rigorous expulsion of melody and harmony suits Moore’s dissonant tendencies well and the agility required for these sessions has given even the noisiest of his recent records a sprightly aggression. Moore’s latest excursion, a quickie with Turkish multi-instrumentalist Umut Çağlar, is a case in point. ‘Dunia’ presents two extended jams, plus a shorter coda, recorded when Moore was in Istanbul for a live date with Çağlar’s band, Konstrukt.

With a runtime of just over half an hour, ‘Dunia’ may seem slight. But it packs a helluva punch, the pair setting up a one-two of extended bucolic rattle and scrape that dangles ambient charm in front of our pretty little noses, before unleashing a flaming torrent of noise like some immense sonic fatburger barfed up by a drunk and malignant behemoth that smothers everything in its impact zone.

Opening cut ‘Kensuko’ has the feel of an ambient cabbagefest at first, all plasticky chirrups and ruminative low end thrum. Irregular drizzles of tinfoil screech are harbingers of what’s to come, their chorus of fuzzy rattles and shakes evoking a drowsy toddler’s music class. Atonality gradually maneuvers prettiness into a corner as the duo rouse themselves into flurries of gluey syncopation.

Finally, the espressos kick in, the pair combining for a double guitar fuzz wave, one scurrying up and down the neck in a tasty demo of alt-rock shredding 101 while the other takes care of business with an amorphous white noise cyclone.

‘The Red Sun’ has none of its counterpart’s delicate gradations. It’s fabulously ugly and unpleasant from the off, as Moore and Caglar churn out as much noxious slurry as is humanly possible from their instruments. A backdrop of filthily saturated blasts occasionally recalls Stephen O’Malley’s metallic dirges, although here eternal sustain is benched in favour of rackety, uneven toxicity. Volleys of string abuse are the war cries of murderous, pissed-off kittens. The overall effect is like being dragged backwards through a huge, stagnant pond. Fortunately, a final coda provides comfort of a sort, its brief zero-gravity skank offering a path out of the carnage.

An inspired meeting of minds, ‘Dunia’ will appeal to acolytes of the free-form wig-out far and wide. Followers of Moore’s more well-known group and Konstruckt-watchers alike may cleave to the subtle dissonances of its first side, but the tarry euphoria that follows also yields fuzzy delights, with an end-result that’s greater than the sum of its parts.