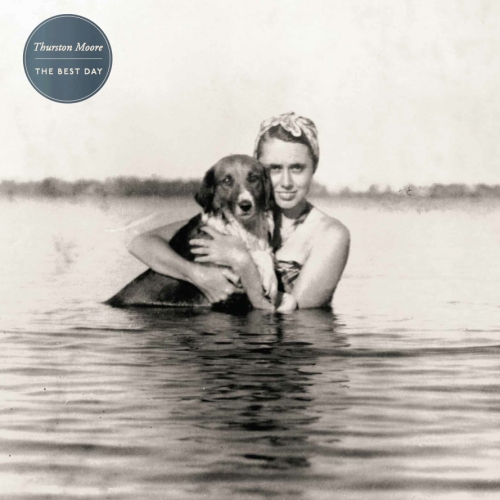 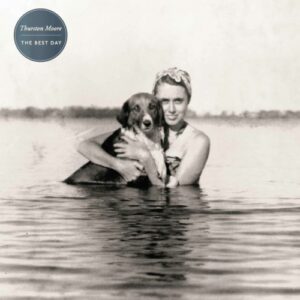 They may have been on hiatus since 2011 but individually Sonic Youth have been anything but idle.  Kim Gordon teamed up with guitarist Bill Nace to form experimental noise duo Body/Head; Lee Ranaldo has released two slightly more accessible albums, the second with band The Dust; and last year Thurston Moore’s Chelsea Light Moving delivered a debut of joyful riffage (“Alighted”, “Burroughs”), punk antagonism (“Lip”, with its refrain of “Too fucking bad“) and the obligatory spoken-word oddball (“Mohawk”).  As an album it’s bold, occasionally brash and very, very loud.  Ignoring Moore’s new black metal friends Twilight (they must hate Stephenie Meyer) it’s the heaviest thing he’s committed to record and definitely sounds the most fun.

This new project – which sees Moore reunited with SY drummer Steve Shelley and joined by My Bloody Valentine bassist Debbie Googe and newcomer James Sedwards – is an altogether more restrained and reflective affair.  For the most part it recalls the matured Sonic Youth of 2002’s ‘Murray Street’ and their last album together ‘The Eternal’, as well as some of the more pensive moments of earlier records like ‘Sister’ and ‘EVOL’.

We begin with the gentle ringing harmonics of “Speak To The Wild”, a muted and melancholic fanfare of an introduction before a subdued yet caustic riff underpins Moore’s vocal.

There’s a subtle edginess to it that renders the song slightly tense, a tension which is artfully released for a more hopeful (and even slightly poppy) chorus.

The song builds to a typically dissonant guitar battle between Moore and Sedwards then dissolves back into the warm harmonics of the intro.

“Forevermore” features another trademark Thurston guitar part, a grating drone of a riff that clashes against Googe and Sedwards to form a throbbing cacophony pushed just the right side of dirge by Shelley’s exquisite and stylishly simple drumming.

Up until now the presence of new guitarist James Sedwards hasn’t been too strongly felt.  So far, so Thurston.  One can only assume then the Led Zep III-a-like acoustic guitars and mandolins of “Tape” are his influence, as is the bluesy rock of the album’s title track.  “Tape” shimmers along devoid of percussion with a fairly static groove, allowing Googe’s gorgeously melodic bass lines to shine through.  “The Best Day”, with its syncopated bluesy licks, is perhaps the closest Moore has come to mainstream rock and roll but it’s not without the man’s idiosyncrasies, although Sedwards treats us to a wailing solo of the highest order.

“Detonation” blasts through its three minutes with dissonant twang and thumping drums, whilst the darkly wistful “Vocabularies” takes its time.  Electric and acoustic guitars intertwine with a beautiful melody as scraped strings squeak and chirp like bird song.

The entirely instrumental “Grace Lake” centres around a rather optimistic melody that skips along lightly.  For the most part it eschews the typical Thurston Moore dissonance in favour of carefully choreographed dynamic rise and fall, although we’re treated to nearly two minutes of undulating feedback over the pulsating rhythm section of Googe and Shelley.  “Germs Burn” continues the tone of optimism with harmonised guitar lines, although tension begins to creep in during the verse with an agitated, punky riff.  A brooding, vocal solo – most probably courtesy of Sedwards – leads to a more dissonant bridge before the recapitulation.

Among Thurston Moore’s many talents, as evidenced by Chelsea Light Moving and this latest project, is his ability to surround himself with excellent musicians and be able to successfully collaborate with them to create something identifiably Thurston yet simultaneously unique.  The inclusion of new bandmates Googe and Sedwards has brought a lightness and melody to his work to an extent we haven’t heard before.  For fans of Sonic Youth and the man himself this record will of course be essential, but some of its more accessible moments may attract a wider audience too.  The Best Day may just turn out to be Thurston Moore’s brightest.

All words by Ben Tansey. More from Ben can be found by visiting his author archive.