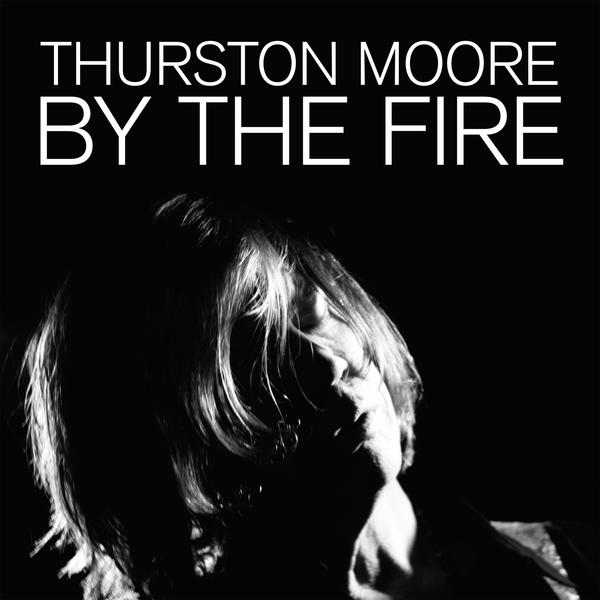 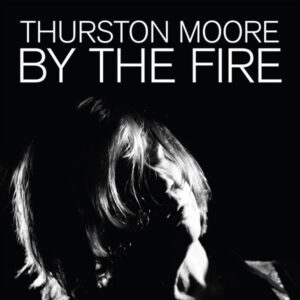 Sonic Youth founder Thurston Moore releases his seventh solo album, a collection of “songs as flames of rainbow energy.” Its maker calls it “a party of peace” for our lockdown universe.

You never know quite what to expect from Thurston Moore. Except that you do: you must always expect the unexpected. He’s been constantly reinventing himself since the demise of alternative rock legends Sonic Youth a decade ago. Yet, like Peel’s famous adage about The Fall, however different he tries to be he never strays far from the template.

Sonic Youth were, and still are, the archetypal critics’ band: superstars in their universe of alternative indiehood, yet obscure enough never to trouble the chart compilers. Even today, after seven years of living in London, Moore can wander the streets of his neighbourhood – also my neighbourhood – unrecognised by all but the most trainspotterish of music nerds; to everyone else he’s just the tall American dude who used to be in a famous band that no one can quite remember the name of because they never actually heard them.

Over 40 years of that critical celebrity, Moore has combined diverse musical adventures in the fields of punk, hardcore, jazz, black metal, dream pop, acoustic collaborations, improvised film soundtracks and avant-garde happenings; united only by his experimental urges and determination to steer a path away from anything mainstream. He’s also found time for a residency at the Louvre and academic posts teaching writing, poetry and music in Colorado and Copenhagen.

His list of collaborators is a Who’s Who of the artists he has been influenced by and those he has gone on to influence himself: from his mentor Glenn Branca and Yoko Ono through Faust and Can to David Toop, Cecil Taylor and Bobby Gillespie. His last release, Spirit Counsel, was with electronica musician Jon Leidecker (aka Wobbly) that included a 64-minute tribute to Alice Coltrane.

His seventh solo album, By The Fire, sounds like an anthology of all that and Moore remains as uncategorisable as ever; show him a boundary and he will push it, transgress it, tear it down, rebuild it and redefine it. This album has nine songs spanning two discs, varying in length from five minutes to 17 minutes, and lasting almost an hour and a half. It’s produced by Paul Epworth, whose pop credentials include millions of sales and multiple awards with Adele, U2, Coldplay and more. It’s safe to say that this one won’t be adding many zeroes to his bank statement. It is, however, arguably the best record he’s ever worked on; it’s certainly the most experimental. 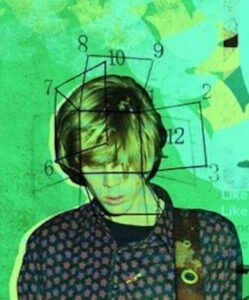 The longest songs here, which tend to have single-word titles – Breath, Siren, Venus, Locomotives – take you on an aural journey (as the latter title suggests); a journey of discovery via tension and release that will typically involve a rhythmic nod towards the Krautrock of Can, some dirty distorted guitar created from unusual tunings, and perhaps a shroud of electronic experimentalism that might recall early Pink Floyd.

It’s not all like that, though. The opener, Hashish, “an ode to the narcotic of love in our shared responsibility to each other during isolation,” is a fairly formulaic pop song, at least by Sonic Youth standards. Its successor, Cantaloupe – “a song of life, love and lust as wild dreams come true” – could easily be mistaken for a slice of early-Seventies stoner rock, especially when James Sedwards unleashes his virtuosic guitar solo. You could even sing along to its chorus: “We’re pulsing blue, blue to orange / Dripping fire music down your back / Floating up through your skin / White gardenias in your eyes.” Ok, it’s not Kylie but it’s still catchy!

The album has already been previewed with an extraordinary 12-minute track called Siren, a “soundtrack to an ancient mermaid ritual” in Moore’s words, that aims to combat the dark energy overwhelming us around the world with the power of positive connectivity and universal love. The vocals don’t even arrive until the nine-minute mark.

Breath, which follows, is 11 minutes of slow build, beginning with another pretty guitar figure and a subterranean bass melody from Googe, before the drums kick it into a frenetic higher gear and Moore starts singing about witchcraft, working in a skronky guitar part that might have destroyed his amp; in fact, from the sound of it, it may well have been recorded after the destruction. Dreamers Work, by contrast, is a bucolic acoustic guitar duet, preparing the way for the album’s most conventional tune, They Believe In Love (When They Look At You) before closing out with the celestial sonic explorations of Venus which leave the listener, aptly enough, on a higher plane of consciousness.

Moore describes his album as nine “songs of enlightenment, released to a world on fire,” perhaps influenced by his last release, a cover of a song from Galaxie 500’s 1989 album On Fire. He adds: “Taking a cue from Albert Ayler’s assertion that ‘Music is the healing force of the universe’, this recording offers songs as flames of rainbow energy, where the power of love becomes our call. These are love songs in a time where creativity is our dignity, our demonstration against the forces of oppression. By The Fire is a gathering, a party of peace – songs in the heat of the moment.”