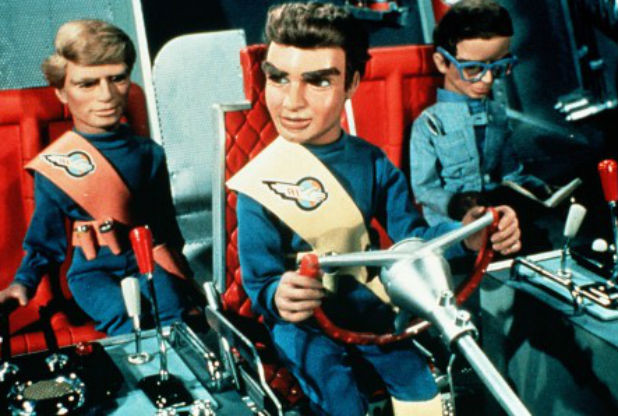 Thunderbirds Are Go – 50 Years On

5, 4, 3, 2, 1.. Thunderbirds are go as a stellar line-up come together for a one-off anniversary concert at Colston Hall celebrating the wondrous music of the UK’s favourite ’60s children’s programmes. Louder Than war’s Philip Allen pulls the strings.

This 50th anniversary celebration of Thunderbirds’ first transmission is a special concert and one-off event led by Charles Hazlewood and his All Star Collective. Special guest Mike Flowers of Mike Flowers Pops fame joins the line-up as a special guest vocalist, together with other leading names including Adrian Utley of Portishead, Will Gregory of Goldfrapp, soprano Victoria Oruwari and members of the British Paraorchestra.

Unfortunately due to illness Jarvis Cocker will no longer be appearing as guest vocalist during tonight’s Thunderbirds Are Go! concert. We are pleased to announce that Mike Flowers, founder of the Mike Flowers Pops Orchestra, will instead be joining singer  to perform vocals.

Charles Hazlewood, Conductor and Artistic Director of the All Star Collective and Paraorchestra said:

“Having spoken to Jarvis I know that he is extremely sad to be missing this performance. However, we are really excited that Mike Flowers has offered to step forward at such late notice. Mike will be perfect for singing those iconic vocal parts given his background as a musician and singer who in the 1990s brought this great musical genre back into the mainstream.”

Despite the collective sigh that Jarvis won’t be involved in tonight’s show, there is much excitement in the bar as this one off show gears up for takeoff. With an audience comprised of those children of yesteryear who remember being transfixed at the television throughout the 60’s, 70’s and 80’s, watching the incredible workmanship of Gerry Anderson’s puppeteer children’s shows, Thunderbirds, Captain Scarlet & Stingray. Some have brought their kids tonight but this is a nostalgia ride for most.

Composer Barry Gray began his musical collaboration with Gerry Anderson in 1956 scoring his first marionette puppet tv show, ‘The Adventures Of Twizzle’, and he spent the 60’s penning the music to all of Anderson’s shows including, Fireball XL5 and Joe 90. Additionally, Gray is known as the composer for the Anderson live-action series of the 1970s, such as UFO and Space 1999.

The beauty is in the detail tonight as conductor, Charles Hazelwood leads the all star collective and British Para-Orchestra, the world’s first professional ensemble of disabled musicians, in some truly rousing renditions. Opening with, ‘Theme From MI5’ which featured in episode 17 from series 1 of Thunderbirds, and it’s bombastic Bond-like epicness, moving to the more laid back jazz of, ‘Formula 5’ from Fireball XL5 which plays on the popularity of Dave Brubeck’s sound at the time. Hazelwood leads the evening perfectly, enthusiastically introducing each section of songs as well as highlighting the various instruments being played tonight.

One of the instruments is an impressive three speaker-ed organ called a Ondes Martenot, and is the original one that played on the soundtracks, specifically as the sound of The Mysterons. Adrian Utley’s is playing a Swarmatron, that has eight ribbon-controlled tones tuned approximately to one note to create a fantastic choral effect. Whilst Will Gregory is playing a VCS3, the world’s first ever synthesiser, all adding to the sci-fi element within the music we have all come to love.

Vocalists for the evening, Mike Flowers and Victoria Oruwari added some great authentic moments to the Captain Scarlet theme and early collaboration, ‘Theme From Supercar’, but my favourite of the night has to be the utterly captivating rendition of, ‘Aquamarina’ with Oruwari’s operatic soprano leading. The concert was testament to enduring appeal of Barry Gray’s fantastic music and we couldn’t have asked for a better collection of musicians to give it life again. Here’s to another fifty years.

Check out Barry’s Facebook page and this fan’s site : www.ufoseries.com/barry as well as www.charleshazlewood.com and paraorchestra.com.