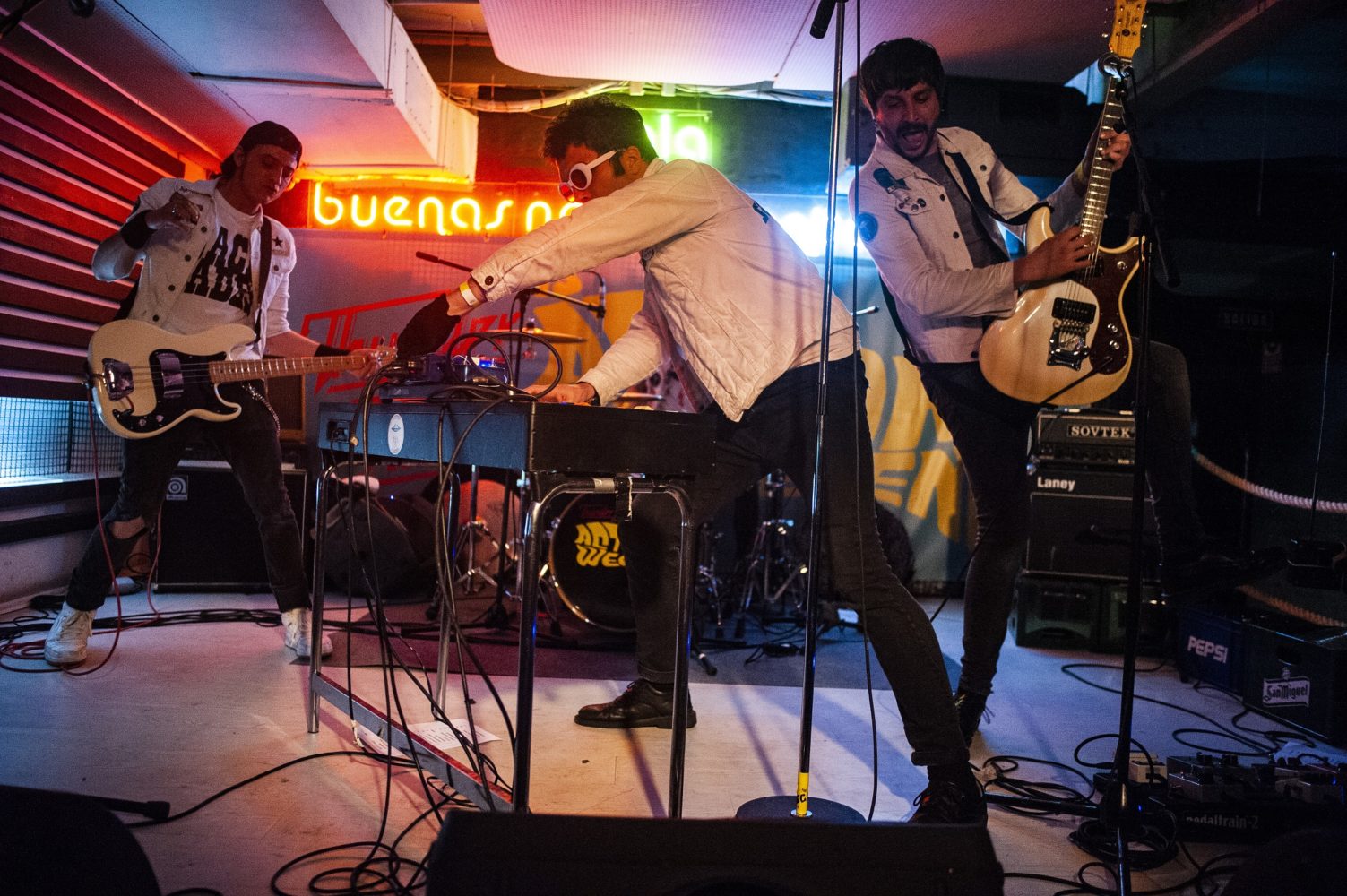 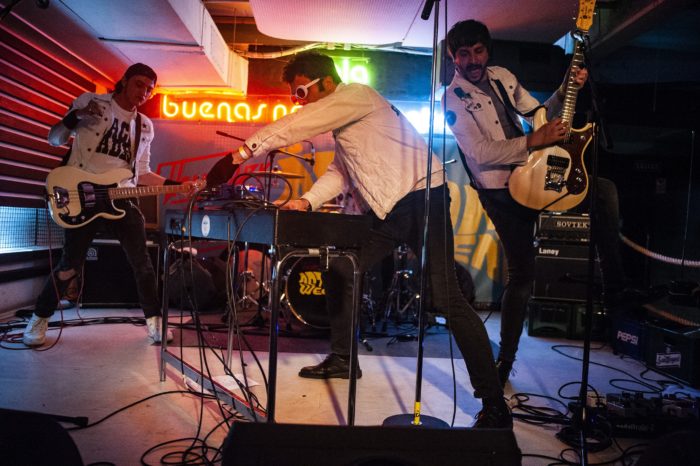 Thunder Bitch Action Weekend returned last weekend to Santander, Spain. Nathan Whittle was there to check out all that it had to offer as it celebrated its 15th edition.

Action Weekend has been a staple on the Santander music scene for the last decade and a half, shifting around the city to various venues over the year, but this year, to celebrate their 15th edition, the festival returned to BNS, a beach-side venue outside the centre of the city and in which the organisers had put together one of their best line-ups to date. As a festival that has always supported the local music scene, they kicked off proceedings on the Friday night with local band Ojo Pipa. The duo have not been performing for very long, but it didn’t show as they powered through their blend of grungy psych garage. A simple set up of guitar, drums and vocals meant that there was no time to get lost in subtleties, but simply to crank up the distortion and let rip. They will definitely be ones to watch and got the night off to a great start as the audience slowly grew. 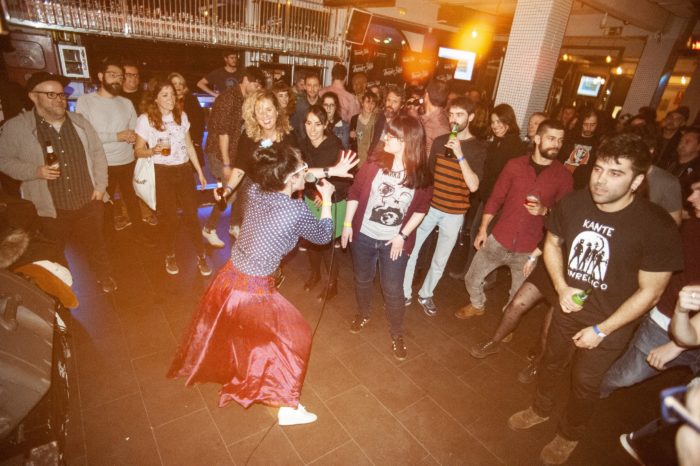 Up next was Juana Chicharro who, fresh from releasing her new single on FOLC Records, treated the crowd to her flamenco-styled rock ‘n’ roll. Her band drove the songs along as she whipped and whirled around the stage, drawing the audience in. It was a great spectacle and, along with her tight backing band, the blend of garage and flamenco really started to put everyone into the party spirit. Spending half the set on the floor with the adoring crowd, Juana, for 45 minutes, became the queen of the night. They were the perfect lead into King Salami & The Cumberland 3, who landed from London just half an hour before they took to the stage. They rocked through 45 minutes of jiving blues rock ‘n’ roll, twisting and shaking, and downing bottles of Thunder Bitch in the process. It seemed as though the liquor had found it’s perfect spokesman as the King poured out shot after shot. By now their songs are well known on the circuit and when Pineapple Mama hit (the video for which was part filmed on their last visit to Santander) the crowd were jumping and worshipping at their feet and the adoring crowd were rewarded with some new tunes from their forthcoming album. After the band had wrapped up their set, there was only one final band of the opening night. 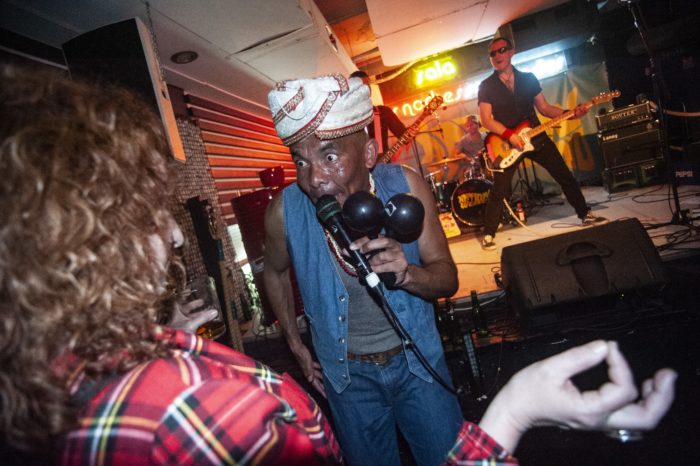 After spending 14 hours crossing the entire country, including more than 4 hours stuck in a snow storm just north of Madrid, The Scaners would’ve been forgiven for simply going through the motions, but they had something to prove. After two weeks on the road and one hellish journey, the band launched into a brutal attack of gonzo synth space punk that had the audience bouncing off the walls. Tracks from their new album, such as Galactic Race, Spin Like A Record, and current single Please Abduct Me sent the crowd into a moshing frenzy. It was a sight of pure adrenalin and pumped everyone full of the energy to make it through to sun rise as the DJs spun on. 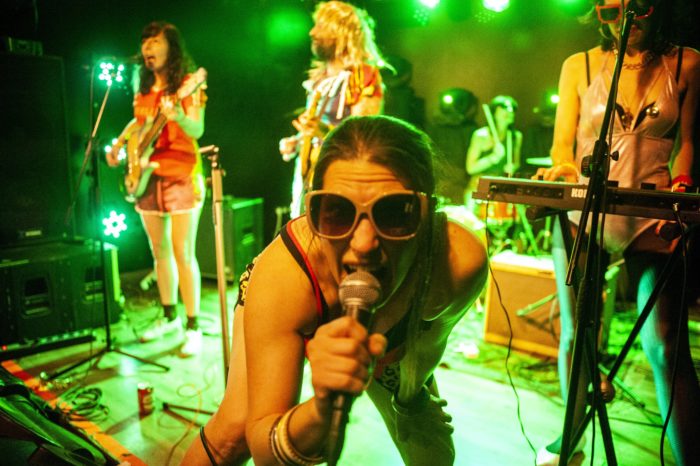 Saturday morning brought new promise. The forecast rain was nowhere to be seen as blue skies drenched the outdoor terrace of the Black Bird club in sunshine. Blurry eyes all around slowly opened as bodies dropped into deck chairs to gather forces for the onslaught of Las Jennys de Arroyoculebro, who were soundchecking in the venue beneath. DJs spun the signature Action Weekend mix of classic and modern garage, punk, and rock ‘n’ roll and the smell of the food to come filled the air as crate diggers hovered around the record fair. At 2pm Jenny and her band of guttertrash miscreants launched into a visceral confrontational attack of spitting punk. Jenny herself rarely made it to the stage, preferring to stalk the crowd and get right up into people’s faces, that’s to say when she made it to her feet. Those banking on a quiet afternoon to gather strength for the second night were in for a disappointment as she quite literally grabbed everyone by the seats of their pants and dragged them into the show. It was a spectacle of pure punk entertainment and one that will never be forgotten by those who witnessed it. As the terrace action wound up, the promised storm finally hit and drenched the city, but did nothing to dampen the spirits of the Action Weekend revellers who 2 hours later were back at the beach and once again filling up Sala BNS. 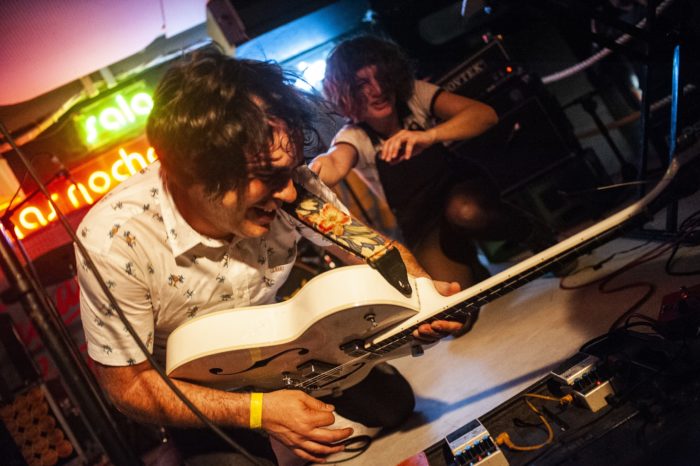 Saturday night kicked off with Action Weekend favourites, and almost family, Terrier. Up from Madrid again, the garage indie pop quartet’s set drew heavily on their latest album, Algo Para Romper. They blasted through their set full of grins and smiles as the crowd sang almost every word back at them. Current songs La Constitución and Como Un Volcán lit up the venue as it quickly filled with a rain-soaked public ready to shake it off and spend the night partying once again. Early on it was clear that, although the previous night was an assured success, Saturday night was going to go off even more. And British freakbeat trio, The Embrooks, made sure of it! Touring their new record, We Who Are, they set the dancefloor on alight as the audience spent 45 minutes transfixed by their fiery 60’s sound. Part Small Faces, part Byrds, and a huge part of fuzzed out garage rock, the band were on a roll in bringing their comeback tour to Santander. The audience lapped up every moment and demanded more and more. 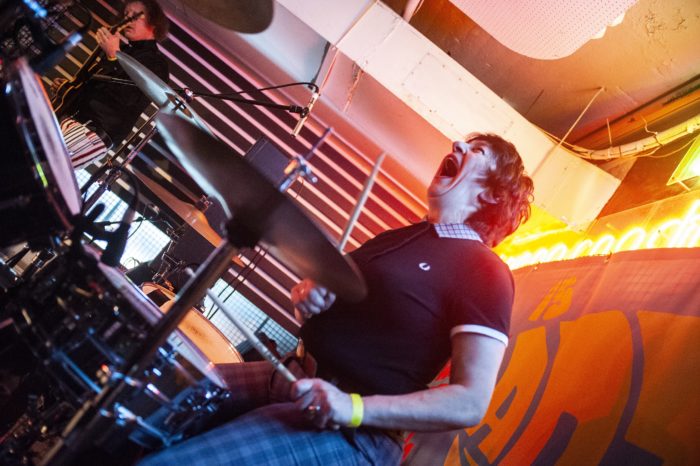 Following such a set is no mean feat, but Barcelona’s Mujeres pulled out all stops to ramp up the already sweat-drenched room with their spikey, punchy art punk. Their first time back in the city since releasing last year’s Un Sentimiento Importante album, their fans were chomping at the bit right from the start and the band certainly didn’t disappoint them. And to round off the night, the unenviable task fell to France’s Shaky Things. Rising from the ashes of Les Berberts, the band were largely unknown, but the organisers’ idea of organising the bands on their strength and style rather than on popularity paid off at the garage revivalist trio kept the party going with a good blend of original songs and a dose of Nuggets-era classics, drawing the audience in their groove and setting the rest of the night up as the DJs took over through what remained of the night. 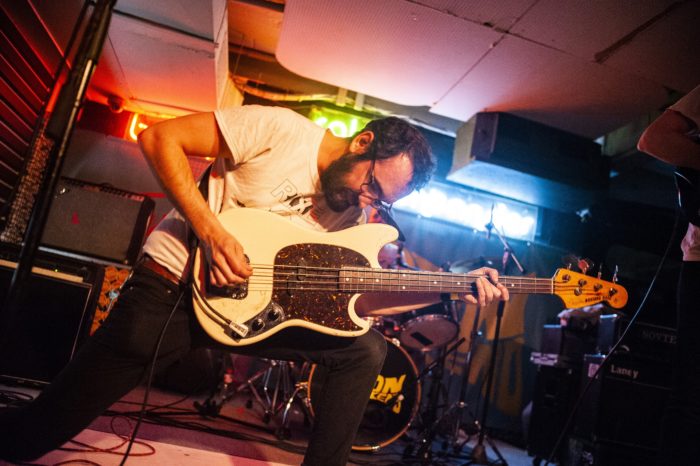 As the early morning joggers and dog walkers disturbed the morning sands, there was little residue of what had just happened. For one weekend, once again, Santander had played host to some of the most exciting bands on the underground garage/punk/rock ‘n’ roll circuit. Now all we can do is wait for edition 16 and hope that the impulse of this 15th year spurs forth to bigger things as the Action Weekend name spreads beyond the Cantabrian mountains.

All photos by Buby Rey