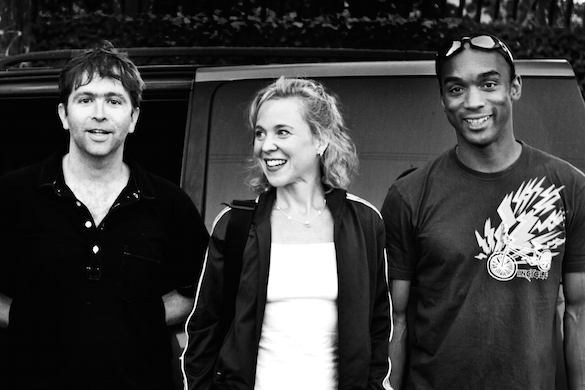 Throwing Muses reunite with Tanya Donelly for an emotionally-charged and uplifting Bristol show. Philip Allen shared in the catharsis.

The release of last year’s ninth Throwing Muses album, Purgatory/ Paradise after a ten hiatus proved that they’ve lost none of their bite. It was a visceral meandering return to form for the three piece that revels in its fractured nature and with a personal honesty synonymous with Kristen Hersh’s writing. Along for the ride on this UK tour is former muse and step-sister, Tanya Donelly. Sorely missed from the equation since her split from the band back in 1991, it seems the fans are frothing at the mouth at the thought of seeing her return, even as a guest.

It seems Tanya is one of those who never ages. With her trademark blonde bob and enormous smile, she exudes a fun, playful nature that is so evident in her work. Taking the stage with her band we are treated to a wondrous set in which she performs songs from her time with the Muses, her solo career and her other former band, Belly.

Opening with tracks from her Swan Song Series Vol 1, the lively folkiness of Mass Ave and the more subdued, Meteor Shower showcase her astounding vocal talents to great effect. Assisted by two guitarists (acoustic and electric) and a cellist, she performed the Belly tracks Low Red Moon and Dusted to remind us how good a song writer she is. She’s joined onstage by Bristol-based musician Laura Kidd  (She Makes War) for renditions of Slow Dog and Not Too Soon which are met with joyous rapture for a pairing that makes perfect sense.

What this sold out show proves is that the Muses audience is as eager and obsessed as they ever were. Much of the first part of the set consists of songs from the new album, and raucous beautiful noise they are too. From the drum heavy pounding of opener, Sunray Venus to the bass rumbling, Static, this is the most intense version of the band I’ve ever seen. Although the new songs aren’t as accessible and poppy as those from The Real Ramona or Red Heaven, the consummate song writing is as solid as ever. The emotional intensity of Hersh’s lyrics and delivery cuts to the core, making it impossible not to ‘feel’ them.

The highlight tonight is of course when Tanya returns to the stage for the second half of the set. Older songs like You Cage and Devil’s Roof remind us how well their voices work together. During Green, Tanya’s microphone seems to malfunction but about three quarters of the way through fires up again to a great cheer from the crowd.

The exceptional Say Goodbye closes the set before the encore of  Shark and Pearl leave us feeling cleansed, fully purged of all negative energy and spiritually lifted thanks to the cathartic Throwing Muses.

Kristin Hersh is online here: kristinhersh.com and Throwing Muses are on Facebook.

Tanya Donnelly is online here: tanyadonelly.com and is on Facebook.

All words by Philip Allen, find his Louder Than war archive here.