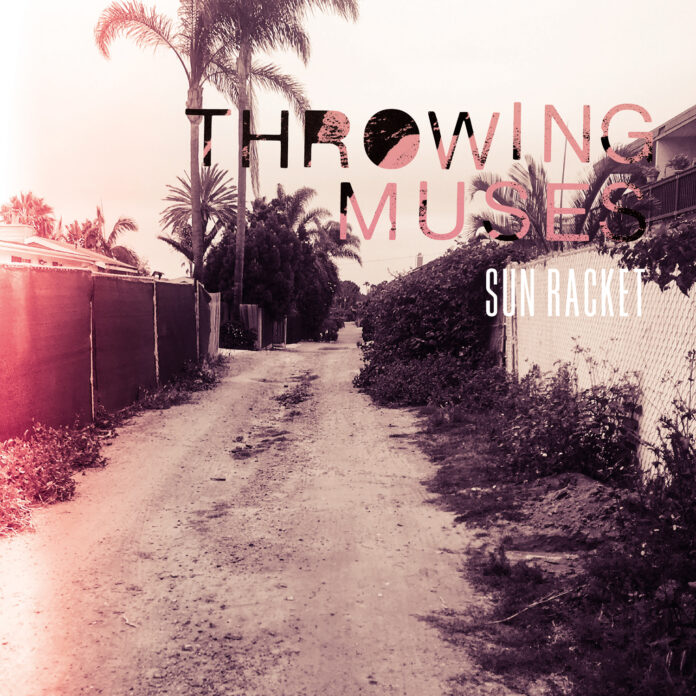 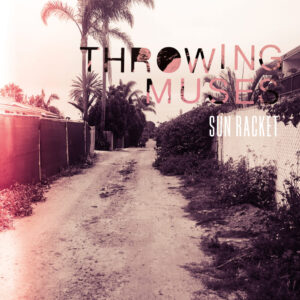 Throwing Muses return for their tenth album, Sun Racket, a drifting opus that rides waves of distortion and occasional spikes that split through the lush aquatics.

It’s fair to say that water has played a pivotal role in the lyrics of much of Kristen Hersh’s work, and, on new Throwing Muses album, Sun Racket, she continues the theme both in the lyrics and in the way in which the layers of distorted guitar crashes like thundering white horses or drifts in currents that pull and roll. Nowhere is it probably clearer than on the dreamy Bywater, which conjures the image of a sea, calm after a storm. Its repeated arpeggios wrap around a simple fuzz riff while Hersh’s vocals sound as though filtered through the saltwater, a simple choral vocal calling from beneath.

On Bo Diddley Bridge, with its thick atmospherics, Hersh uses the metaphor of the fallen bride to examine her own life. It again draws on the lure of the water, one which may cleanse or drown. The simple piano line complements her distinctive voice as she laments the collapse. However, it is current single Frosting that really steals the show as the band rock as one, a wall of distortion that allows the melody to climb. It is the song on the album that pushes to the fore the way the Boston trio are able to instinctively play off one another.

In the balance between the softer atmospherics and more surging sound, the band manage to craft an album that pulls you further into the songs, themselves replete with layers that pull you further under. It’s a wonderful return for Throwing Muses and one that sees them really channeling their best.

Watch the videos for Frosting and Bo Diddley bridge below: