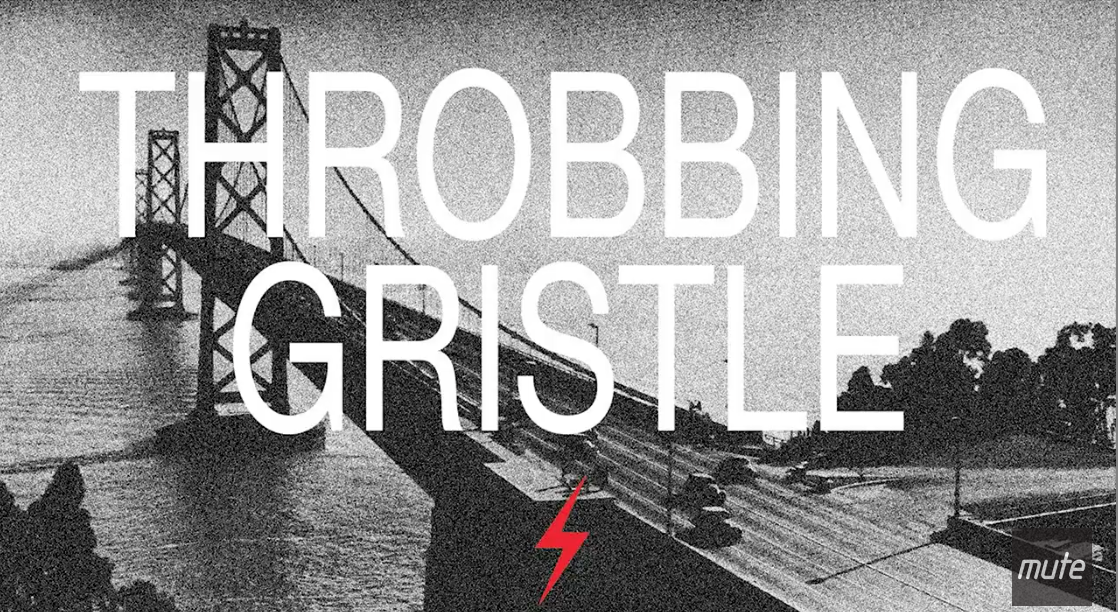 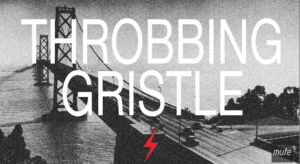 Throbbing Gristle announce the second phase of their ongoing reissues with Mute. 14 September 2018 will see remastered editions of Journey Through a Body (on silver vinyl and CD) and Mission of Dead Souls (on white vinyl and CD) available, while Heathen Earth will be re-released on blue vinyl and as a 2CD set.

The releases follow the 40th anniversary release of The Second Annual Report, as well as new editions of 20 Jazz Funk Greats and The Taste Of TG: A Beginner’s Guide to Throbbing Gristle – all out now http://smarturl.it/THROBBING-GRISTLE

JOURNEY THROUGH A BODY (1982, Industrial Records), widely referred to as Throbbing Gristle’s most haunting work, was recorded as a piece of radio art for Italian National Radio RAI, Rome in March 1981. Following Robert Wyatt’s recommendation, RAI originally commissioned Cosey Fanni Tutti to create a sound work based on the theme of ‘A Journey Through the Body’. This went on to become a Throbbing Gristle project – first broadcast by the RAI, Journey Through a Body was the band’s final studio recording prior to 2004’s reactivation of the band.

Recorded in five days, a day per body section, the tracks were not pre-planned and nothing was re-recorded or added to after the track’s initial recording, instead each track was mixed immediately. “What’s most noticeable about the album, as a sonic experience is the openness to acoustic instrumentation on display.” (The Vinyl Factory) and Journey Through a Body stands as a perfect testament to Throbbing Gristle’s artistic ethos. Unavailable on vinyl since 1983, Journey Through a Body will be released on silver vinyl with a foil-blocked cover featuring photos from the session. The album is also available on all digital platforms for the first time, and on CD after being long out of print.

MISSION OF DEAD SOULS (1981, Industrial Records) documents the final performance, before Throbbing Gristle’s original disbanding (the band reactivated in 2004 before their final performance in 2010). Recorded at the Kezar Pavillion, San Francisco on 29 May 1981, the album “proves that TG’s assault never lacked talent or skill.” – AllMusic. The album has been unavailable on vinyl since the early 1990s, and is here presented on limited edition white vinyl, recreating the original sleeve with the addition of silver ink, with a new inner sleeve including photographs and a passage by Jon Savage.

A public statement by Throbbing Gristle stating ‘This Mission Is Terminated’ was released following Mission of Dead Souls, and the legacy of the band began to solidify with its influence on generations of artists to come. The album is also available on all digital platforms for the first time, and on CD after being long out of print.

HEATHEN EARTH, originally released in 1980 (Industrial Records), is a live document of a performance by Throbbing Gristle to a small and invited audience on 16 February 1980.
Described by The Quietus as “more cohesive and marshaled” than any of their other live recordings, the album is a testament to a band at the height of their creative powers, recorded just over a year before Throbbing Gristle disbanded and terminated the mission.

Heathen Earth will be released on 2CD and as a limited edition blue vinyl in a gatefold sleeve, echoing, for the first time since its original release, the first pressing of the album (the initial blue pressing was an edition of only 750 copies, before the album was repressed on black vinyl). The vinyl also contains an eight-page 12” booklet entitled ‘Industrial News’ dedicated to the Heathen Earth and includes an unseen photographic print from the performance. The album comes with a digital copy of 11 bonus tracks, including live recordings from 1980 and 7” versions of ‘Subhuman’ and ‘Adrenalin’.