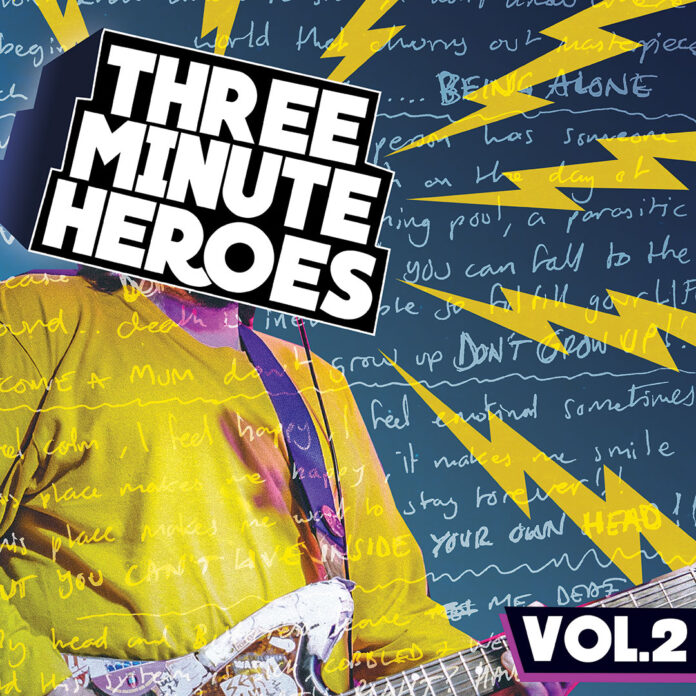 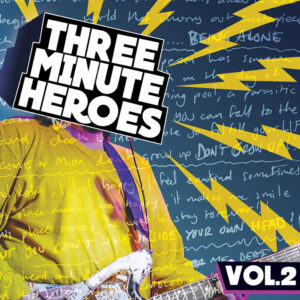 “Three Minute Heroes, a mental health & music initiative from Hull based Warren Youth Project, gives young people a voice to express the worries & concerns of their generation through an album of powerful music – written by them & recorded by musicians from Hull & East Yorkshire.”

Not only is the Warren Youth Project a great initiative, I wish something like this had been available when I was younger, it might have helped me understand what was going on in my head. But the idea behind the album is inspired, take lyrics written by young people and have a host of bands record the songs. Even if the songs had turned out to be lame, the whole concept is a wonderful idea, but fear not, the songs and lyrics are inspired and inspiring.

I guarantee there is something for everyone on this album, musically it spans many genres. From the acoustic guitar backed opening track from Alice Clayton, through to the closing spoken word performance from Jodie Langford, both taking the same starting point and developing their songs in their own unique ways.

In between, the album takes in a song to fit all tastes – Serial Chiller & Spilt Milk whose angular post punk sounds would appeal to fans of the likes of Fontaines DC and Shame. Young Jack with their laidback soulful funk, FINNO and their grungy punk riffage and full metal aural assault from NEWMEDS. While Modern Mood Swings add a bit of slacker indie rock to the mix and Tom Skelly brings some post modern blues to match the lyrics.

So musically it ticks many boxes, but for me, what makes this album work on many levels is the lyrical content. As you listen to the heartfelt lyrics across all the songs, it becomes apparent how personal some of these lyrics are, the writers laying their soul bare for everyone to hear. And that is what makes it hit home. While it is sometimes a hard listen with the knowledge that these are real feelings, there is also a strange comfort in this. The realisation that as you listen to situations that are all too real, situations you have lived though, you are not alone. You are not a freak or a weirdo, you are are not alone.

An eminently listenable album, and a wonderful project. Give it your support.