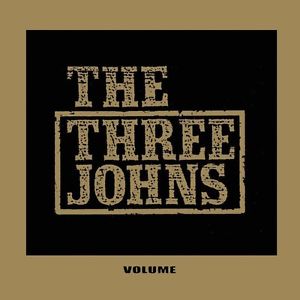 When people talk about pop music in the eighties you cringe in terror, recoiling from the ugly pop decade -a  decade of over produced, linen suit wearing soporific Spandau bores and shampoo-ed hobbits dancing around the Top Of The pops studio like desperate fools, a decade of Thatcher pop and the pervert mainstream media of slavering Savile-philes.

And history has taught us that it was even uglier than we thought at the time.

When people talk about pop music in the eighties I like to go to the criminally created underground and think of the Three Johns – they may have scraped the edge of the top 40 and been nearly big but they have left behind a legacy of songs that is as vital as all the greats that sits somewhere in there DNA – the urgency of the Clash, the genius of TRex and even the proto Goth of their fellow Leeds travellers Sisters Of Mercy and other dark lords like Bauhaus.

Their own drum machine Atom Drum Bop was a its own influence on people like Steve Albini and with my band the membranes we shared bills and backstages in the Miners Strike years of the Death To Trad Rock undergrowth.

Simply put the Three Johns should have been massive and they nearly were, no-one else on that mini scene got as close to the pop forty as they did – their political agit pop was the perfect legacy of punk rock. They wrote killer, off kilter, Beefheart stained blues howls that conspired to hook themselves into your head for ever and they new compilation album, Volume, is a testament to their innate genius.

Of course non of this would really matter if they had faded away into a footnote status but tonight at Rebellion festival they sound oddly better than ever. The now Grey Johns have taken to late middle age with a comfortable aplomb. Music with wisdom doesn’t need to have an age barrier and with their energy levels high they are far from a museum piece and the perfect sound through the PA catches a band at the top of their game making decades old songs sound fantastic as they run through that killer back catalogue.

John Hyatt defeated throat cancer last year and his voice sound better than ever, Jon Langford has spent years in America playing da blues and country and making his name in the art world but still sounds perfect as a John and John Brennan is as drole as ever whilst pumping out the spine bass lines. You stand there and feel high, four insane days of intensity at the Rebellion punk festival and you are fired up again by the possibility of music and one of our most wonderful bands. These songs never date and sound better as the years role by.

I loved the Three Johns then and I love them more now.

I just wish I could persuade the bastards to do more stuff – these occasional reformations are too much of a tease and in these times of corporate filth and a flaccid underground we need their high IQ, surreal laced poetic political power more than ever…