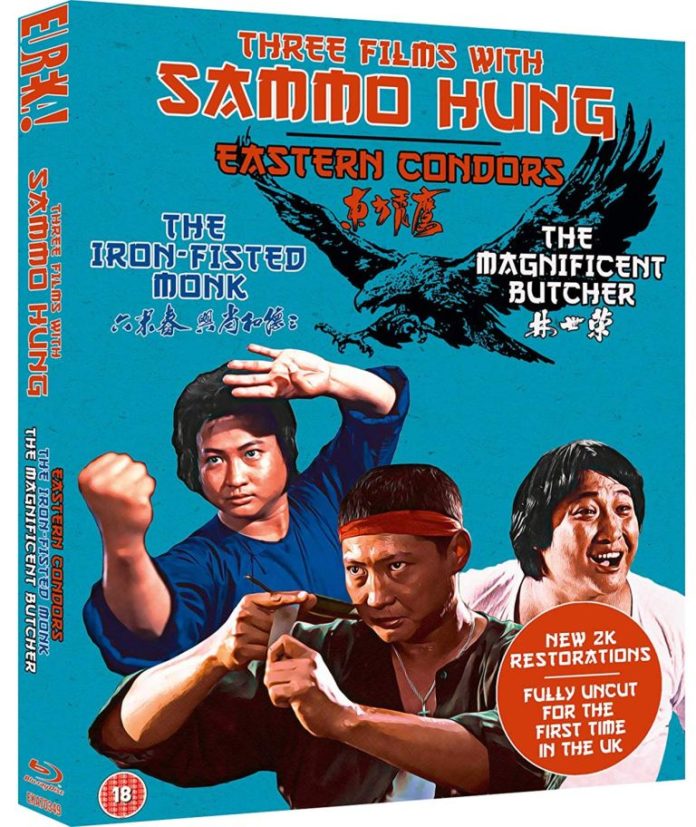 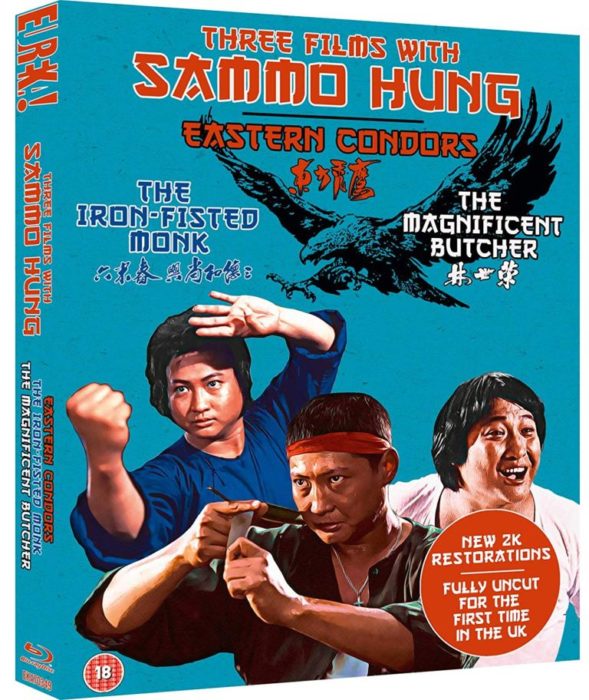 This young man watched the death of his uncle by an evil Manchu gang, an event that persuaded him to seek admission to the Shaolin Temple. After leaving, he teams up with the brother of a girl who was raped by the same men and is equally keen on revenge.

You won’t be surprised to hear that there is fight action throughout and Sammo captures this brilliantly with impeccable choreography and fantastically fluid hand-held camera work. Another plus is an appearance by Korean martial arts favourite Casanova Wong, who would go on to appear onscreen many times with Sammo. And you’ve got to love anyone with that name, don’t you?

Of course, it’s always a joy to see the sheer agility of the clearly overweight Hung, a man who must be one of the likeable stars in the world of kung fu flicks.

The Iron-Fisted Monk has been called the first action comedy from Hong Kong, but the comedy is mostly concentrated into the first third of the movie. It can also be a dark and sometimes uncomfortable watch with two rape scenes – one of which is particularly brutal – as well as a suicide, and a man who has no hesitation on drawing a knife on a young child. 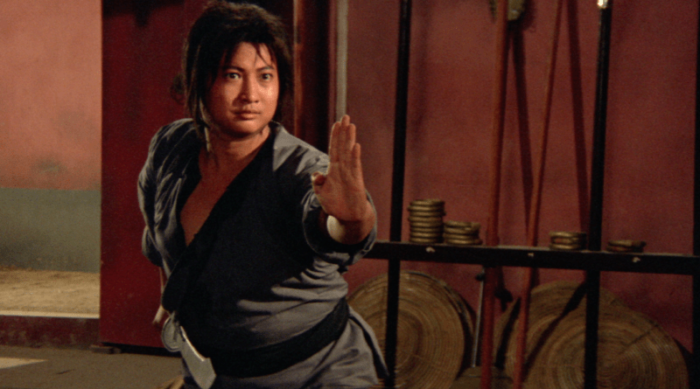 Nobody would dispute The Magnificent Butcher’s credentials as an action comedy. It begins with a banana skin pratfall and the first really big fight scene involves two men going head to head using calligraphy brushes as weapons – well, I suppose calligraphy has been called the seventh martial art. This is extraordinary stuff, even more remarkable considering that Kwan Tak-hing was in his mid-seventies when the action was shot.

This 1979 gem again stars Hung but was directed by Yuen Woo-ping. Even at this early stage of his career, it’s easy to see why Tarantino and the Wachowskis were keen to employ him as an action choreographer/fight advisor on Kill Bill (2003/2004) and The Matrix (1999).

The Magnificent Butcher has a convoluted plot but put simply, Sammo plays Lam Sai-Wing (nicknamed Butcher Wing). He’s framed for a murder and to clear his name he must track down the real killer.

Initially, his chances of doing so don’t look good. An unlikely potential ally then stumbles into town in the shape of an elderly tramp with a passion for swigging wine at every available opportunity. This is the famous Chinese folk hero Beggar So, a mischievous character if ever there was one. Within minutes of his arrival in town he manages to get a chicken drunk and save a young man intent on hanging himself, both in very unorthodox ways.

The comedy in The Magnificent Butcher is often frankly magnificent, and Fan Mei-sheng is perfect as Beggar So. Sammo‘s climactic clash with Hoi Sang Lee is a glorious spectacle to behold. 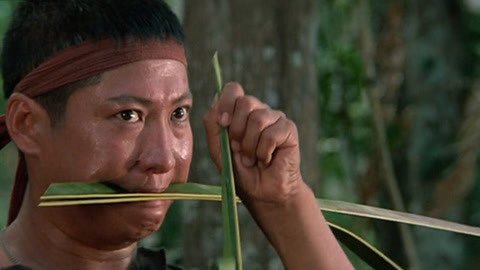 Finally Eastern Condors from 1987, a film that some fans consider Sammo‘s finest work. It’s an action packed homage to movies like The Dirty Dozen (1967) and Guns of Navarone (1961). Sammo acts and directs – and as he was to play a soldier, he underwent a rare diet to get in shape. For months he supposedly survived on a diet of chicken and rice and lost over thirty pounds although he still looks chunky. He also has cropped hair here rather then his usual bowl-cut.

Set in the aftermath of the Vietnam War, Eastern Condors is the name of an covert operation set up by the USA military to destroy a munitions silo left behind after the withdrawal of American troops, that they fear might fall into the hands of the Viet Cong. The commando team being sent to destroy the weaponry consists of mainly prisoners with a Hong Kong background. If successful, they’ll be pardoned and given $200,000 each.

Once parachuted into Vietnam, the men meet up with three Cambodian resistance members (one of the trio being played by Hung‘s future wife Joyce Godenzi).

Weasel (Yuen Biao), a hawker of counterfeit goods, is persuaded to join the team when he learns of the money available. He is in top class form here – even if looks as if he is just back from a Flock of Seagulls show. Dazzling action sequence follows dazzling action sequence and it’s all staged imaginatively by Sammo. Several scenes will surely sear themselves into your memory.

There’s a passage which controversially echoes The Deer Hunter (1978) and a James Bond style finale, and the combination of guns, explosives and kung fu action serves the film well.

On the whole, this is a fantastic package, with The Magnificent Butcher being my own favourite. A must-see for martial arts enthusiasts.

All three films are presented here from brand new 2K Restorations. This will be the worldwide blu-ray debut for The Iron-Fisted Monk, while both that and Eastern Condors can be seen fully uncut for the first time ever in the UK.

They all look fantastic although a little nostalgic part of me did miss the jumps, scratches and stains that would have been a feature of the prints of these movies when originally screened in cinemas.