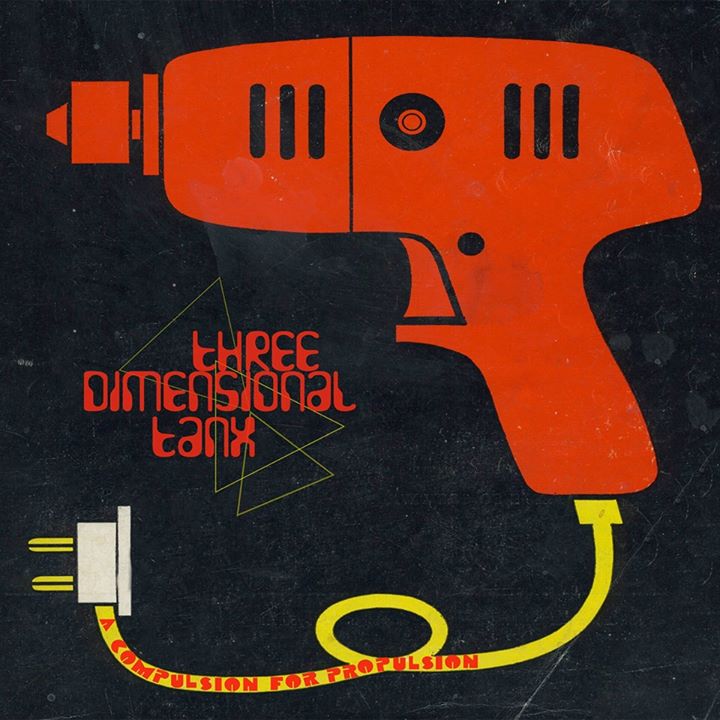 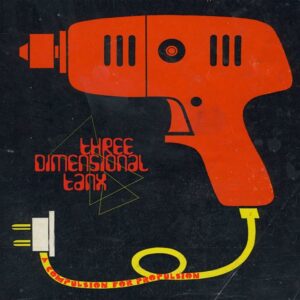 A Compulsion For Propulsion

Three Dimensional Tanx take you on a compulsive trip. Louder Than War jumps aboard.

Three Dimensional Tanx hail from (probably) a garage in (definitely) Lancaster. Within this garage they produce rock music of sublime fun and invention that takes you on a journey from garage to psychedelia via proto and post punk and some prog thrown in for good measure. In their spare time they are also (possibly) building a space rocket and (definitely untrue) a time machine.

This is the third 3DT album and it sounds like it was created by a bunch of fresh faced talented kids discovering a love for rock’s rich varied past, but judging by the band’s mugs they look like they’ve done a few rounds with a Gibson and a Yamaha. Clearly, they still have a passion for the music, which is evident from the very first track, which propels you on a journey of 15 tracks in just shy of 40 minutes with all the tracks bar two (side 1 and side 2 closers) clocking in at sub three minutes; it’s a trip through garage rock and into psych territory with such neat aplomb that you don’t even notice the change in gears as the music is shot like a rocket to Mars and beyond!

The album’s first track, His Latest Apparatus, is a great opener with a raucous guitar that segues into a funky pop keyboard, growling bass sound, drums with a tight back beat, and becomes a mash up of 60s psych with rock/pop sensibilities. It’s a toe tapping, pogoing upbeat start to the trip.

Next up is Monk On which has a wonderful relentless beat and great lyrics. (If you are from the South then ‘monk on’ means ‘really rather peeved’). Medication is a song for the kids to go wild to, sounding like a soundtrack to a crazy 60s TV show, or maybe it’s a Government infomercial for prescription drugs. Either way, this is a garage song shot through with controlled mayhem. Things take a more serious turn on The Human Stupid which, lyrically at least, reminds me of all those intense relationships and discussions that take place deep into the night when everything seems important. There is punk anger here, delivered over the drums crazy beat and a psyched out guitar. Right Place/Wrong Life reminds me of the pop punk of Buzzcocks or early Cure. The wonderfully titled Ah, Diddums is a more psychedelic, acid beat, like Spirit getting heavy.

Dwam, at over five minutes long, sounds epic compared to the short slices of supreme songs that precede it. The weird keyboard noises sound like they are tuning into a faraway galaxy. The music builds up, like a trip into space; the vocals are a vibrato power house of Ming the Merciless. When the vocals start going backwards I wonder what these bastards are telling my sub-conscious to do. This is followed by the blues-rock of E Is For Engine and the garage freak-outs of Tramp Ramblin’ and Chemical Cubicle. Uneven Steven has an early Pink Floyd feel but with a darker undercurrent. Spiderman Pinball is an instrumental with an unsettling beat and a staccato rhythm that makes it sound like a pinball game. Backseat Driver is a jaunty little number and Plastic Labcoat sounds like it came out of a wild teenager’s garage in the 50s. It all ends with the epic Racing Car #9 that takes us on that final trip beyond the known universe.

Compulsion for Propulsion is an album like a half-remembered great party, that got a little crazy and a little serious in places and everyone ended up being abducted by aliens. We’ve all been there. Let 3DT take you there again. You won’t get a monk on listening to this.