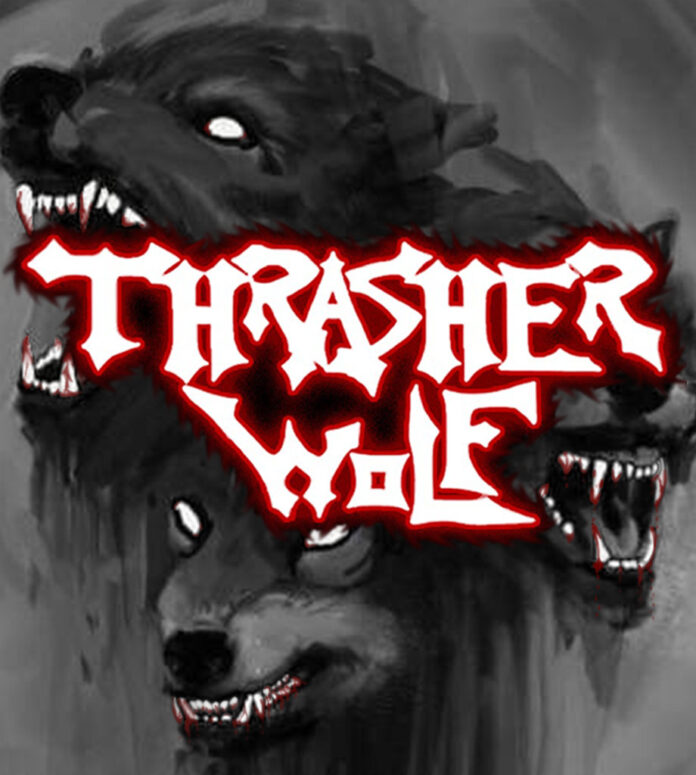 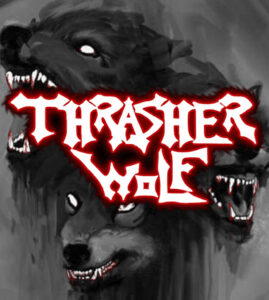 Formed in 2016, London based Thrasherwolf have put out an incendiary single, The Vortex, from their forthcoming debut album We Are Revolution. Combining classic thrash metal with dynamic elements of technical death metal, this single is an impressive statement of intent for a musically ferocious addition to the world of metal.

The four piece Thrasherwolf, have been steadily building a reputation in the world of thrash metal, as a band to watch for the future. With their new single The Vortex, they have created a high energy hymn to the unique part of the metal experience that is the mosh pit. More about that later.

The song’s opening guitar riff charges at breakneck speed into the listeners consciousness, as an unearthly vocal scream pierces the maelstrom of heavy riffing. You already sense you are in for a roller coaster ride of metal at its heaviest. Clocking in at over six minutes, no space is left unturned by the band, in pressing home a stunning range of crushing metal musical motifs.

The rhythmic patterns switch from impossibly intense blast beats to gravity defying doom like death metal breakdowns. The galloping thrash metal riffs drive the song forward with plenty of underpinning grooves, that will be irresistible to metal heads in a live context. Pinch harmonic squeals permeate some fantastically melodic guitar soloing. The combination of the thrash and death metal genres works in a quite seamless way, and the growling vocals provide plenty of gothic tension overlay.

This is a song that is just made for jumping into the mosh pit, and the lyrics sum up the completely in the moment energy and sense of connection the mosh pit offers to those that take the plunge. Which as the song describes leads to a feeling of being “Lost within the eye of the vortex”:

To accompany the single, the band have also released an atmospheric and inventive lyric video, which you can see below:

When metal live gigs start up again in earnest, this will be a band not to be missed. Meanwhile, the new album, on the strength of the musical pounding offered by this single, is certainly one to look forward too.

You can find Thrasherwolf on: