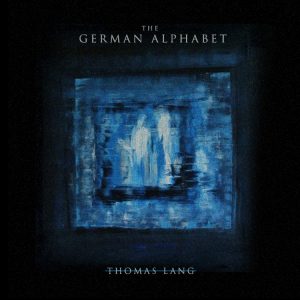 With 1987s Scallywag Jaz album came a voice that was nothing short of wonderful. A Toxteth born young man by the name of Thomas Lang pre-dated the Harry Connick Jr’s and Michael Buble’s of the World and made Jazz credible, for a while. A version of Billy Paul’s Me And Mrs Jones shone from the collection like a beautiful diamond, and a star was born. Or maybe not, Lang has been largely ignored commercially which is nothing short of scandalous.

On his new album The German Alphabet the Jazz influences are still there and make an early appearance on the title track which opens proceedings, but it’s slick, modern, pop-jazz which he presents and not a version that many would turn off after only a few notes.

The production is polished, highly polished and producers Colin MacKay and Alan Currie can be mightily proud of themselves as they make every instrument sound alive next to a voice that is pitch-perfect in every way. High notes, low notes, lingering long notes are all there from Lang, sometimes sounded gorgeously nasal but always sounding superbly subtle and delicately soft, each song is as enjoyable as the last.

Whilst the title track opens the album with a complicated yet well-arranged modern jazz effort, it doesn’t linger on in the same style which only adds to the charm. Rain has a simple if not sometimes experimental backing but it is Lang’s voice which is rightly the main attraction – it is undoubtedly of the highest quality.

Pale Imitation has more than a hint of themes from 1960s spy thriller The Saint and dark comedic TV series Roald Dahl’s Tales Of The Unexpected and the comparisons to early Scott Walker, John Barry, Ennio Morricone and Burt Bacharach are often fully justified.

Don’t be put off by Lang’s Jazz background either, The German Alphabet often strays away, in fact tis only on the later part of the album that that settles in. Pulse and Film Stars are again left for his voice to do the work with the later containing a lone piano in a track that one could quite easily find in a classic movie soundtrack. It’s heartfelt and genuinely engaging.

There are some impressive orchestral arrangements throughout too, most notably on Colorado Boulevard which also contains a wonderful trumpet accompaniment. I Go Wild brings in the big band sound which is entertaining on many levels and Kiss The Canvas has some nice effects early on with an affectionate organ to add further depth.

Thomas Lang it would seem has a large and loyal fan base and as such The German Alphabet will undoubtedly appease every one of them. It is nice to hear an album which centres around a genuinely brilliant voice, the type of which Lang possesses, and whether you’re a fan of Jazz or Swing becomes slightly irrelevant in appreciating his talent.
Album closer, Watchman is dark with compelling violins and is quite possibly the finest track on the collection again letting the vocals take centre stage as they rightfully should.