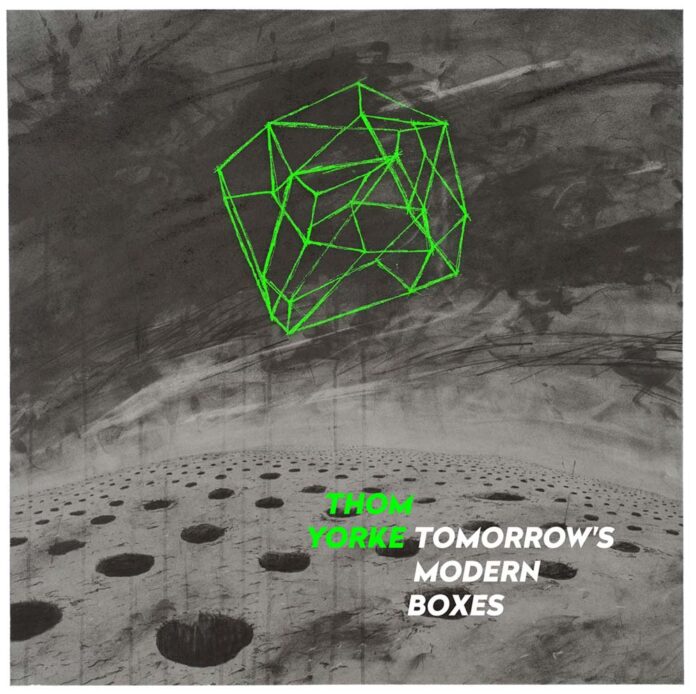 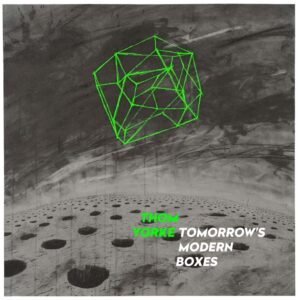 A few hours ago news broke that Thom Yorke had released a new album via BitTorrent – a means of self-releasing one’s album which cuts out the middle-person (iTunes and Amazon in this case) and therefore wrests away from them the associated costs of using their services saving the artist money which, in turn, can be passed onto the buyer. Simon Tucker, a long standing Radiohead fan, was at the head of the queue with his $6 to purchase a copy – check out his review below.

Dropped on us suddenly today (26th September) via BitTorrent, (we’re yet to find out why Thom Yorke feels this is a superior form of selling his music digitally over, say, Bandcamp, but let’s face it, there’s a certain tongue in cheek beauty in a musician using a system that’s almost universally been used in the past to help punters steal music, to instead use to sell his music is there not?) Yorke delivers his first set of solo music since 2006s The Eraser.

There had been a few clues that this was coming over the last 48 hours with Yorke tweeting random snippets of lyrics and a photo of a white vinyl (which we can now confirm is Tomorrow’s Modern Boxes) getting fans speculating wildly on what it could be.

Well now the speculation is over and we know that this is another Yorke solo album, what does it show us about the musical polymath and where he is at musically right now?

Tomorrow’s Modern Boxes finds Yorke in the same space he has been for the last two years with the Atoms For Peace project, but instead of Flea injecting some Fela Kuti afrobeat layers, we are now treated to the man that was doing random DJ sets throughout this period, seemingly inspired by the TKOL double album (where Radiohead sent out the stems for their The King Of Limbs album to producers they admired for them to remix as they saw fit) and in doing so, Yorke has created his most avant-garde and fullest record to date outside of the Radiohead banner.

Opener A Brain In The Bottle welcomes the listener in by taking us on a journey back to the heyday of UK Garage with musical motifs flitting in and out, circling and penetrating us as it rolls towards its climax, informing us that whilst the usual Yorke cornerstones are going to appear on this album, there has been a growing of confidence in its author.

Second track Guess Again comes on like an updated Black Swan (from The Eraser) and contains some nice stop-start moments and grinding piano parts, but this is the only track on here that feels like it belongs in Yorke’s back catalogue and is not actually a great leap forward.

Interference on the other hand is one of the more deceptive songs on here as it seems retro in feel but is a song that only reveals its true magic on repeated listens. In fact, Interference actually reminds one of Eno-era Roxy Music and in particular, In Every Dream Home A Heartache from the seminal For Your Pleasure LP.

Then we are treated to the albums centrepiece and the best song on here, The Mother Lode. This is where Thom’s love of electronica and gift with melody (he is still capable of gorgeous melodies whatever the NME may say) come to the fore. Full of Burial atmospherics, euphoric overtones and scat harmonies, The Mother Lode will instantly enter Thom’s “greatest hits”. It is a tune that is yearning, driving, and complete.

Truth Ring then uses the Trip-Hop genre as its base as its dubby, druggy, and sluggish feel come on like Jamie XX on good Valium.

There Is No Ice (For My Drink) picks us back up with purpose. A Richie Hawtin-Plastikman inspired drive into the world of intelligent Techno music, this is the song that DJ’s will be spinning by the end of the weekend as it suits home, club, or field with its repeated refrain of “There is no ice” going forwards, backwards and then upside down. A truly magical moment and the type of track that Yorke has been threatening to deliver for a while now. A true stomper which blends straight into the next track Pink Section, a tune that just swarms around you like a welcome storm cleansing the listener before we enter the final phase and closing track, Nose Grows Some which closes the album with an updated eighties synth-pop feel and minimalist electronica again containing moments of tear-jerking beauty.

Lyrically, Tomorrow’s Modern Boxes is as ambiguous as ever but it doesn’t seem so overtly political as previous Yorke releases and the effects on his vocals no longer seem to be a way of him hiding, but now seem more like an instrument adding layering and textures to the album. In fact, there are moments on here where Yorke’s voice sounds better than ever – and he has never sounded more confident.

This is the album we were promised before we got AMOK where all the press beforehand was promising a fully experimental Yorke infused by electronica (whereas what we really got was a great, but really rather straightforward release). This is where his work with artists such as Flying Lotus and Modeselektor truly pay off.

A great album, highly recommended, and another fine addition to one of the most interesting bodies of work in modern music.

Or buy the vinyl version here: tomorrowsmodernboxes.com (where you can find out more details about the release.