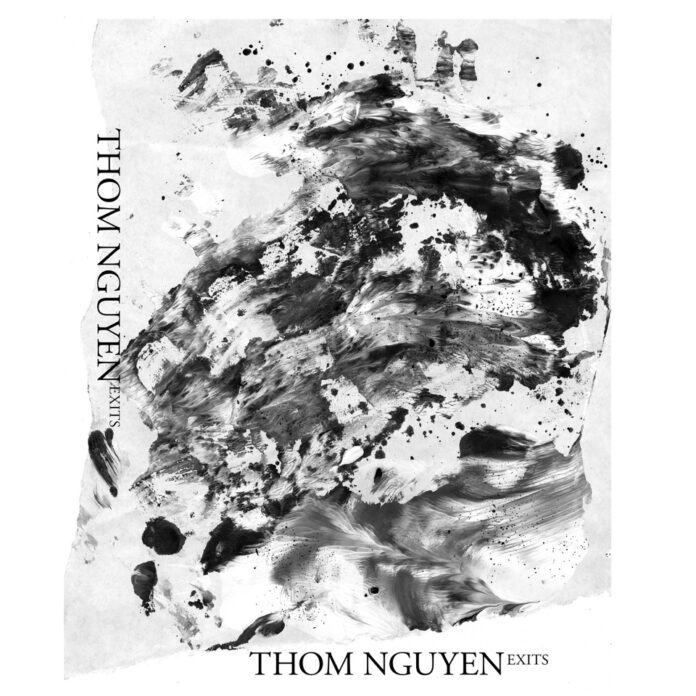 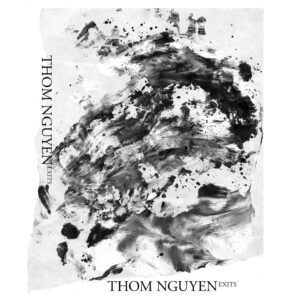 In many ways, Thom Nguyen’s approach is similar to the creation of a sculpture within a little exception – unlike most of the sculptors who work with marble, Thom has never been a cutter, rather than a collector, uniting different parts.

Some of them are similar to the others, like small pieces of glass. Nguyen draws the parallel between his solo-creativity and another project of Thom – Nest Egg, saying jokingly: “Repetition all the way!”. Uniting two different, contrary approach Thom describes his work saying that it’s always “free and open” – on the one hand, dealing with written structures, on the other, bringing some new elements to the live setting. He says: “I will grab small fragments from my memory and throw them in the mix when playing live. So it’s always different, always changing.”

Exits is not a live record. And not only a fully improvised work. Nguyen follows his concept in almost impressionistic technique. Working on his own, Nguyen creates a strong feeling of intimacy, up to the point when you stop thinking about the spontaneous part of his musical universe – at the middle of the opening track, Blackout Meditation. Commenting on this, the drummer notices: “Tashi Dorji and MANAS as a project introduced me into improvising more intently.” – just like with any other musicians, it’s always trial and error.

Thom notes that sometimes it can be a phrase he keeps in mind, experimenting and trying different structures and finding what may work and what may not work. He says about Blackout Meditation: “During a soundcheck, while opening for Godspeed You! Black Emperor, I laid out a pair of pot lids that were closely matched in pitch that sounded perfect together so I engraved those sounds in my brain for future reference.”

Exits is different from any of the records of MANAS, their live shows as well, partially, because, as Thom says, he created the set up he had never played before. Nguyen states: “I wanted it to be singular from my other playing so I positioned a shallow kick drum to be played like a floor tom and arranged objects like Ikea Milk Frothers inside pot lids which create these metallic swirling drones. Various shakers, small hand-sized cymbals, and other items around or onto the drumhead.”

Nguyen clearly proves how the setting and recording equipment can affect the stylistic side of things. With it, he barely steps into the territory of jazz, combining playing on various drums and creating a whole new world of work. The palette is the same. Just like he noticed at the beginning of our conversation, “Repetition all the way!” – sometimes, harmonies change.

This Cold Heat isn’t different from other tracks on the record. Within, it clearly demonstrates the usage of the same tools in an unconventional way. Not much of a record, but a personal journey, Exits became the counterpoint for Nguyen himself, thinking about his past and future, trying to overthink some of the moments of his life. By the end of our conversation, he sums it all up saying: “Exits” has been my way of looking inward and hoping to rebuild my past into a thoughtful future. The continuous expansion of life I suppose until I’m gone.”

Exits is out now on Bandcamp.