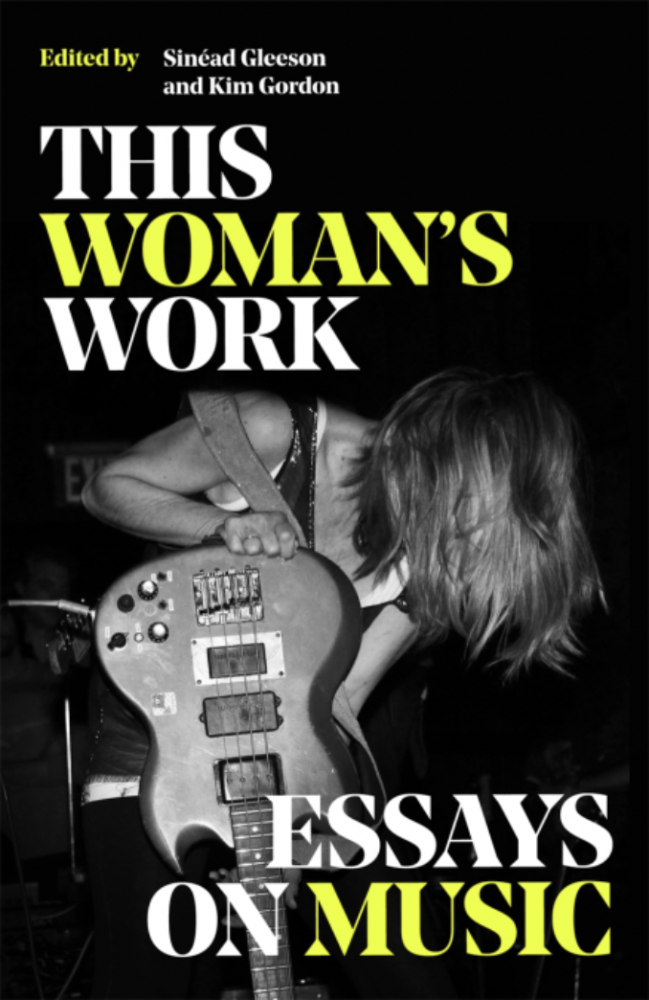 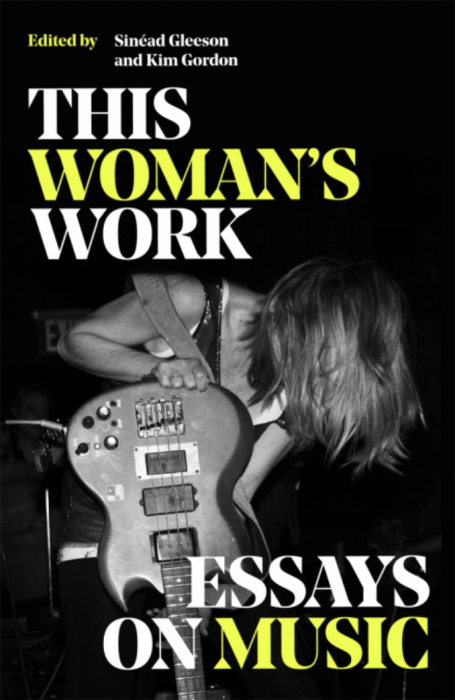 This Woman’s Work: Essays on Music edited by Sinéad Gleeson and Kim Gordon

A multi-voiced collection of seventeen essays, each a new window into the way music shapes and is shaped by women’s stories.

This Woman’s Work brings together voices across genres and forms, connected through music and sound. Edited by Sinéad Gleeson and Kim Gordon, and published by White Rabbit, the collection is so much more than just a book. It’s an antidote, it’s a monument, and it’s a prototype for the future.

In the Introduction to This Woman’s Work, Heather Leigh identifies the “symbiotic relationship” that “develops between these writers, the music and the reader, much like the performer-audience relationship.” Throughout the collection, that sense of symbiosis gives rise to forms of synergistic life writing — in composing their own narratives, the authors in turn tell the stories of artists previously excluded or marginalised within canonical accounts. Some of those women are famous, and some are unrecognised. Yet the essays reveal how each history is indeed extraordinary, from Anne Enright’s personal experiences of fandom framed through Laurie Anderson’s rise to fame, to Ottessa Moshfegh’s flash depictions of her piano teacher Valentina, without whom she might not have become a writer. Biographies become intertwined as the writers in this collection illuminate our connectedness, even when our life stories might at first appear disparate.

These are accounts of lives linked through music. Megan Jasper writes her own story, in a rich and witty voice, of Sub Pop. Kim Gordon interviews Yoshimi P-We, offering the musician a platform through which to recount her own experiences. Leslie Jamison narrates life in fragments through the lens of eight different mixtapes, which also mark time by the shifts from cassette to CD to Spotify playlist. Even Heather Leigh introduces the essays with a sonic Bildungsroman. Each voice is distinctive, and each has a place in this volume.

As a collection, the essays also illustrate distinctions between experiential and theoretical knowledge and the points at which those ways of knowing can meet. Juliana Huxtable draws on the work of Édouard Glissant to depict sound as a method through which to recast both individual and collective identity. Much as Glissant reconceives the Caribbean as a transformative space of resistance in which meaning can be made anew, Huxtable recognises a similar potential in sonic space. Huxtable describes the possibility of “a communicative noise, a noise that emanates from encounters in which speech is both foreign (unintelligible) and sovereign . . . an opportunity to literally break, but break as a form of recognition.” Simone White and Yiyun Li likewise imagine how sound can change context and make meaning anew. White discusses the physical and aesthetic meanings produced by utterances, while Li illumines how personal environs can shift musical connotations, effectively turning the lyrics of Auld Lang Syne into utterances themselves.

The theme of exhumation — of women’s voices and stories, buried by a male-oriented music industry — runs through the collection. There’s Sinéad Gleeson’s essay, which unearths the historical significance of Wendy Carlos and her consummate film soundtrack creations for The Shining and A Clockwork Orange. Then of course there’s Zakia Sewell’s gorgeous piece that metaphorically resurrects, through sounds on cassette tapes and CDs, her “mother: a ghost, immortalised on tape,” and “echoes of ancient traumas, reverberating through the family line.”

Several of the essays — Huxtable’s “Praise Poem for Linda,” Fatima Bhutto’s “Songs of Exile” — engage directly with the notion of political resistance through sound. Bhutto traces exilic existence along a soundtrack while highlighting the roles women musicians have played indirectly opposing dictatorial regimes, citing figures like Noor Jehan and Iqbal Bano. It’s quite well known, Bhutto’s essay underscores, that “song . . threatens dictators,” citing the names of Víctor Jara, Fela Kuti, and Ramy Essam. Yet if there’s any global consciousness of the political power of music, certain (women’s) names remain obscured and must be continually excavated. Bhutto etches two of those names in print alongside her own, creating a kind of historical permanence.

Even when the essays aren’t pointedly about defiance, their inclusion in this collection imbues them with power. This Woman’s Work is itself a collective act of recuperation — it brings to light myriad stories that have thus far been untold, and in doing so asks us to imagine the stories yet to be written. The book, as its editors tell, “challenges the male dominance and sexism that have been hard-coded in the canons of music, literature, and film.” Telling stories of figures like Sis Cunningham, Ella Fitzgerald, Lucinda Williams, Lhasa, Wanda Jackson, and many others — in the voices of the women creators included in this collection — is an approach of exquisite resistance. It ultimately offers a method for recentering knowledge of women in music that others might replicate.

Indeed, This Woman’s Work has dialogic qualities — not just between the writer and subject in each essay, or across the essays themselves, but in the relationship between the text and the reader. Each piece galvanises the reader’s imagination, opening the possibility for the reader to tell their own story, too. For some readers, the collection might become a catalyst for putting experiential knowledge of music on paper, or recounting a memory of buying a particular record or attending a notable gig. For others, the book might become a call to historical action, prompting research for a yet-untold oral history or journalistic accounting. New voices can expand on the work contained herein or recenter narratives of visionary women in music. Yet it’s not just stories of famous women or female musicians that matter, the collection suggests. Personal stories must also be launched into the sonic ether (Yoshimi tells Gordon that her mother “also had her own history,” reminding readers that seemingly small or ordinary voices too must be remembered). Through such acts of creation, the readers can speak back to the authors, expanding the reach of This Woman’s Work long after the book is closed.

In this way, Gleeson’s and Gordon’s edited collection is an “open text” in the sense that the poet Lyn Hejinian has used the phrase: “The ‘open text’ often emphasizes or foregrounds process, either the process of the original composition or of subsequent compositions by readers and thus resists the cultural tendencies that seek to identify and fix material and turn it into a product; that is, it resists reduction and commodification.”

This Woman’s Work labours in looking both backward and forward, telling stories that must be told while enticing readers to continue this vital work.

Order This Woman’s Work from Rough Trade or stop into your favourite local bookshop.