Home Music Bands This Is Serious Mum! Why Australian legends TISM should reform for Eurovision 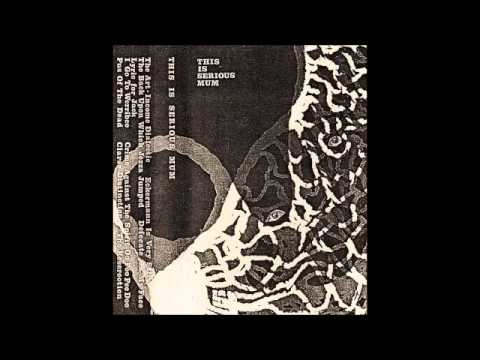 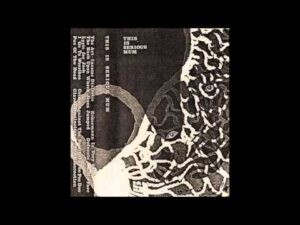 Following what was most likely a bit of a joke idea a campaign has snowballed in Australia relating to the legendary Australian band TISM with a petition for them to reform and take part in this year’s Eurovision Song Contest. And, if this does indeed come to pass then it will most likely go down as the biggest controversy in Eurovision’s history.

Formed in Melbourne in the early 1980s This Is Serious Mum cranked into existence, performed one show and immediately split up.

Every gig from then on was classed as a reunion gig and the band toured heavily up until 2003 when they just kind of vanished off the radar. Fronted by Humphrey B. Flaubert and Ron Hitler Barassi they took on an uncaring Australian music industry, beat it by winning at the Arias (Australia’s version of the Brit Awards), and released a few more excellent albums including 1998’s release www.tism.wanker.com before disappeared into oblivion.

Probably the most controversial band that Australia has spawned so far, their first single was a song entitled ‘Defecate on my Face’ – a song about Adolf and Eva’s poo fetish. The band were signed and dropped by more labels than I’ve had hot dinners (a slight exaggeration), an aloof and overly articulate bunch who hid behind pseudonyms and ever increasingly ridiculous costumes, their live shows were more akin to a riot on a bouncy castle. Band members often ended up naked (save for their balaclavas) stagediving deep into its loyal fan base audience. Those who attended their gigs often ended up being traumatised for life by the sight of the band member’s gnarled phallic areas being dangled in front of them like filthy maggots on a fishing line.

Their music catalogue is full of offensive pun laden song titles; someone once described them as being an Australian version of Half Man Half Biscuit. Squally guitars, disco beats and Dostoyevsky references being the order of the day. However, they had a knack for writing very good pop songs, not just very good, incredibly good. ‘I’m interested in Apathy’, ‘Saturday Night Palsy’, ‘Jesus Pots the White Ball’, ‘I Might be a C*** but I’m not a Fuc*** C***’, ’Greg! The Stop Sign’, ‘Honk if you Love Fred Durst’ to name but a few are the kind of songs that bands such as Radiohead could only ever dream of conjuring up.

TISM were the band that Nico herself once described as “scum” after they supported her on a live date in Melbourne. The Red Hot Chilli Peppers threatened the band with death due to the controversy surrounding their most well-known and successful track “(He’ll Never Be An) Ol’ Man River” with its “I’m on the drug that killed River Phoenix” hook line. The band only visited the UK once and supported Carter the Unstoppable Sex Machine on a few dates, Jim Bob told me that the person who booked them ended up being sacked because of it.

So, will TISM reform? It’s unlikely for a multitude of reasons. They’ve all got well respected regular jobs, their amazing guitarist James Paull AKA Tokin’ Blackman sadly died in 2008 and they’re probably just too offensive and unpredictable for the soft palated Euro folk, plus how well will having a singer called Ron Hitler Barassi go down in mainland Europe?

Yet Eurovision would be the perfect arena for the band as one last great big hurrah and a massive two fingered salute to the cretinous back slapping music industry. Imagine The KLF’s Brit Awards performance from 1990 cranked up to a million and you’ll be getting somewhere close to how this band’s performance will be remembered. Humphrey B. Flaubert AKA Damian Cowell hinted that he’d consider taking part for an obscene amount of money. Fair dinkum to him (sorry, that may have come across as incredibly patronising).

Get behind the campaign or find out more about the band.

All words by Sean Hornby. You can read more from Sean on Louder Than War here.