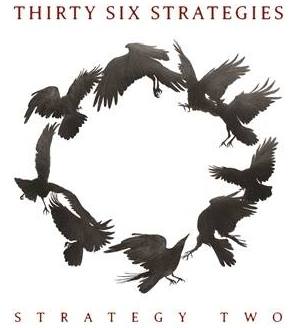 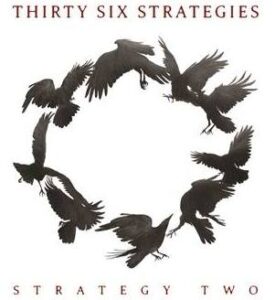 Hardcore pop-punk from brilliant band who music nods towards Husker Du and features a cameo from Andy Cairns of Therapy? and a Damned cover.

It’s becoming more and more common place to find the best UK bands in the vast pool of unsigned acts, with the artists who have somehow garnered label recognition somewhat lacking in the guts and glory of their far less commercially successful counterparts.

Thirty Six Strategies are a great example of this and their latest EP, Strategy Two, is three slices of punk rock pizza that can be easily digested by fans of the new and old school alike. Describing their sound as ‘Husker Doo-Wop’ there is definitely a distinct influence from the ’80s hardcore punk popsters but this does not for a second mean that TSS are in any way dated. What this band have done is breathe new life into their influences and created a style that blends both aggression and melody with aplomb. If anyone was a fan of Tsunami Bomb (a comparison that doesn’t just stem from the fact they both have female vocalists) and many of the flood of bands involved in both Kung-Fu Records, and also Nitro Records, during the late nineties and early years of the new millennium then this is definitely the band for you.

The EP also features a cover of The Damned‘s ‘Ignition’, a tip of the cap to their influences from the early days of punk which they have bent, twisted, and shaped in their own image giving the song a face lift for the modern day punk scene.

People can grab the EP from www.supriseattacks.bigcartel.com, and the opening track is on bandcamp.

September 28, 2020
16
Why did she leave the spotlight? The heartbreaking truth behind Grammy award winning Welsh singer Duffy.
Read more