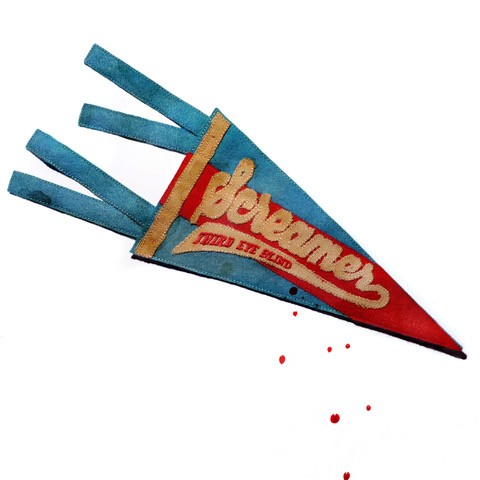 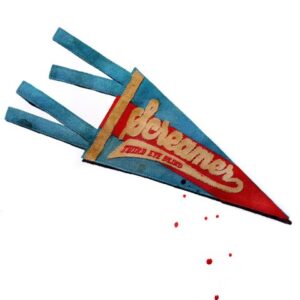 “Oh, hello, darling,” purrs Stephen Jenkins halfway through Third Eye Blind’s new album. “I’m just working on my app – the one that helps kick-start the synopsis.” For some, starting a song with such verbosity, and enlisting fellow fop Billy Corgan as ‘musical consigliere’, would essentially be pressing the big red button signalling career oblivion. For Jenkins, it’s just another day at the office.

If their 2015 record Dopamine had flashes of fragility as Jenkins approached middle age and accepted mortality, Screamer is dedicated to the younger generation that continue to fight and rally. When this modus operandi pays off, it suitably has the excitement of a band half their age. The title track is the most thrilling song they have done since 2003’s underrated Out of the Vein, as stormy layers of distortion and moody electronics blanket bruised synths and Jenkins’ scorching shout. Backed by Sleigh Bells’ Alexis Krauss, it’s an urgent call-to-arms.

Tropic Scorpio has flashes of familiarity, but also a heft and punch that feels fresh and purposeful, building from sparse and gentle instrumentation to an arms-aloft, anthemic chorus. Similarly, Turn Me On is buoyed by twinkling pianos, swaying melodies and Brad Hargreaves’ nimble drum work.

Unfortunately, some of the clumsiness of Jenkins’ lyrics often prove an unwelcome distraction. Much has been made of the fifty-something finding fresh impetus from the switched-on ceremonies of today’s kids, but frequently addressing himself as a “California rude boy” on the Weezer-style funk strut of Ways feels more cringe-worthy than carefree. Similarly, Jenkins lamenting “all these motherfuckers fucking with my flow” makes him sound like a pale Anthony Kiedis over the downbeat, 1975-esque Walk Like Kings.

He’s better when observing this new kingdom from the outside. The Kids Are Coming is a blistering rocker replete with a nagging guitar riff, breakneck verses and a full-throttle chorus, while Who Am I is an exercise in beauty in restraint, cutting down the bombast for something wounded but wonderful.

Despite a few elements of experimentation (the trap music embalming ‘2X Tigers’), Screamer is unmistakably Third Eye Blind, in the best possible way. Few bands these days revel in pomp and arrogance, but Jenkins and co wear their theatrics firmly on their sleeve – who else would say, without a hint of self-reservation, that they seek to find “a percussive level of music immediacy to cultivate collective idealism”? Screamer, thankfully, doesn’t end in a sigh.