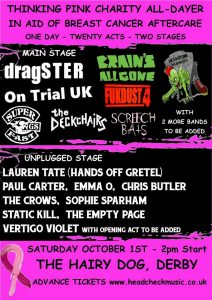 The Thinking Pink Festival takes place at the legendary Hairy Dog, Derby on Saturday 1st October 2016; whilst gathering together 20+ bands representing the cream of the European punk underground, the aim is to raise as much money as possible towards the ongoing battle with breast cancer and to provide funds for patient aftercare.

Thinking Pink is the brainchild of Midlands based Mark Sesin; Mark is the head honcho of Headcheck Records, a 100% independently run punk and grunge record label and management company, the label also act as booking agents and deal with press and PR for the bands that are signed to Headcheck Records. Mark will also promote gigs in and around Derby, and Nottingham inviting bands from outside of the Headcheck stable to join the line-up to the likes of his renowned Easter Bank Holiday weekender that traditionally takes place at the The Maze, Nottingham.

The success of these events allowed Mark to think a little bigger, this coupled with personal experience saw him create Thinking Pink.

We take a look at the line-up, all the bands are worthy of equal support; but if you are unfamiliar with a few of them we hope to change that.

Thinking Pink is split across two stages; an indoor Main Stage and the outside Acoustic Stage. 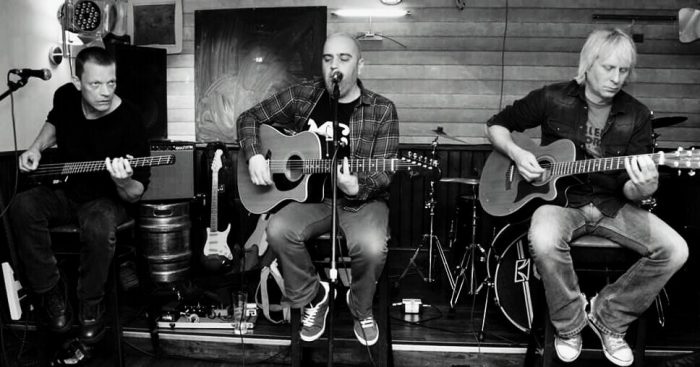 Nottingham based Static Kill fresh from their Rebellion Festival appearance will be bringing their ‘Acoustic Punktry Reggae Rock n Roll’ to the event – having initially formed in early 2011 performing covers of punk standards, the band took the decision to drop the covers and go with 100% originals, to date they have never looked back having played well over 100 shows, playing with the likes of Cockney Rejects, TV Smith, Street Dogs, UK Subs, XSLF, Goldblade, 999, Steve Ignorant’s Slice of Life and so many more. Festivals appearances include Nottingham Riverside, Rebellion, and Punks Against Cancer. They have recorded a 6 track mini album “We All Bleed The Same” which is available at the legendary Foreman’s bar (Nottingham) or from gigs.

Paul Carter is well known on the UK punk circuit, the Halifax based self described ‘Acoustic Punk Sensation’ – Paul got into punk in 1977 after seeing the ‘Adverts’ on TOTP performing ‘Gary Gilmores Eyes’. After this he went on to play in quite a few bands from the late 70s until the early 90s. In 1998, Paul was talked into playing an acoustic solo gig at the Derby Punx Picnic of that year. With a combination of newly written material, old Avoid songs and cover versions the gig was a success and from there on Paul decided to take it more seriously, though judging by the time it has taken him to complete his debut album were not sure how much more so! Apparently the “17 songs will be released in the near future”

The Crows are a 4pc from Hereford and Liverpool who deliver their own unique “acoustic anarchy” – unique in that the majority of the songs deal with such everyday issues as witchcraft, and celestial beings! based around a core trio of Richie Tomlinson of (ex MDM, Instant Agony, and Biteback), Jennie Russell-Smith (ex Play Daisy), Mandy Shaw (ex MDM) with additional bass courtesy of Dom Warwick; I seen The Crows a few times, and would urge you to catch their set, well constructed songs coupled with wonderful harmonies from the twin vocals of Jennie and Mandy – surely a debut release is due sometime soon? 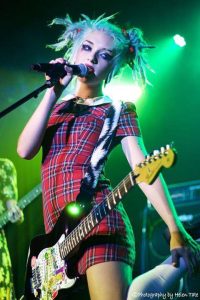 Lauren Tate is appearing away from fronting Hands Off Gretel the Grrl Grunge outfit who are currently whipping up a storm as they promote their ‘Burn The Beauty Queen’ debut album which has been picking up plaudits like “Hands Off Gretel are more than a band; they’re a living, breathing time bomb, just waiting for that final switch to rocket them to where they should be. Copies of the album will be available at Thinking Pink, alongside Lauren’s solo EP, the limited edition ‘My Reflection’ which is a must.

Inside on the Main Stage Thinking Pink present Brains All Gone, this all female Police 3pc hail from Krakow; formed in 2012 and offering up melodic pop punk gems in the vein of Blink 182, The Offspring; to date they have released two EP’s: ‘Outcast Of The Society’ and long sold out ‘March Of The Youth’ EP (courtesy of Headcheck Records) which coincided with the bands 2015 Rebellion Festival appearance – all of this brought them to the attention of Sony Music (Poland) who released their debut album ‘Yet We Have Hearts’. 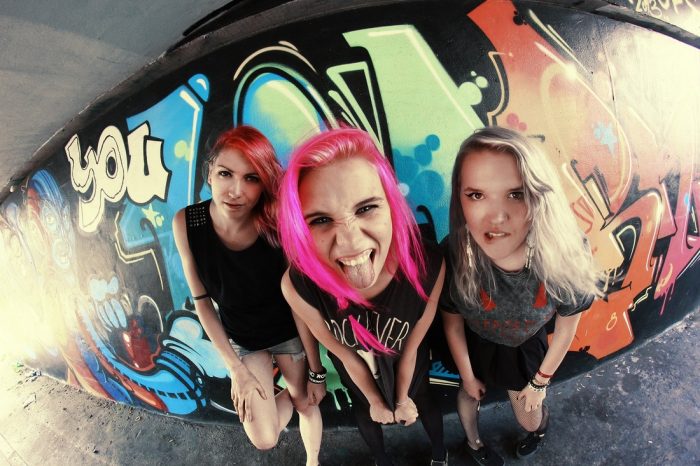 Headstone Horrors a fast paced, female fronted horror band who bring their own brand of street punk to the horror genre. If you like you’re punk rock bloody, fast & fresh out the grave then you’d be mad to miss them…what more could you ask for on a Saturday evening? The Horrors are also signed to Headcheck Records, and to date have two releases into their coffin, the debut ‘Like The Morgue’ EP, and the brand new ‘Tales From The Murder House’ album which LTW colleague Sean Diamond described as “the most original punk long player of the year thus far; a sordid, sexy, defiantly demonic release of gleefully malevolent intent.”

Another Headcheck band hitting the stage will be On Trial UK, fronted by the painfully shy Jonny Wah Wah, this Reading based outfit have been touring the UK and Europe delivering their own “chaos theory” along the way, somehow they have been able to find the time to release four full albums (I personally thank the management acumen of Ratboy) including the brand new ‘Look Directly Into The Sun’ which here at LTW was described as “a chest beating breathless riot of its own”, all of which will prepare you for; 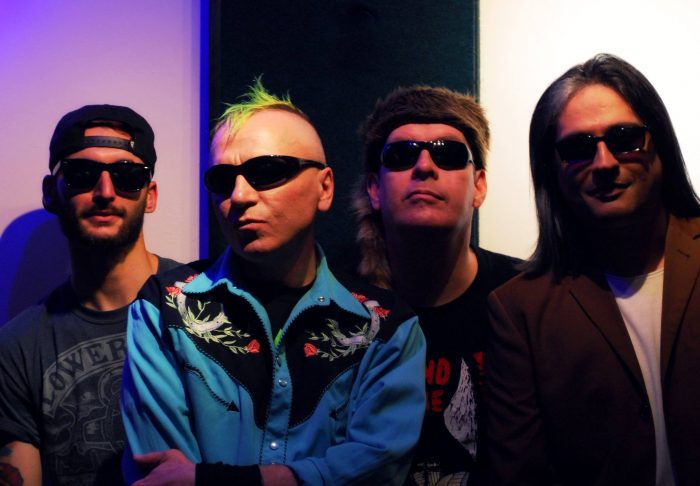 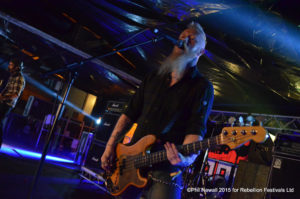 The Super Fasts released their debut album ‘Don’t Go Down Gentle’ at the 2015 Rebellion Festival, and immediately picked up press in Germany, and the USA, with Alternative Press suggesting “DGDG approximates Big Black wresting Death From Above 1979…Nude” – be prepared! (The LTW Shop has stock ready for immediate posting)

Also, ensure you check out Coventry based dragSTER, who have been burning up venues across Europe as they deliver their 50’s tinged punk ‘n’ roll, from the scuzzy ‘Step Into The Deathray’ album to their current ‘Dead Punk’ dragSTER are both a visual and sonic delight, who have headlined their own tours and been produced by Rat Scabies, managed by Jah Wobble, an invited to support everyone from The UK Subs, Buzzcocks to Electric Eel Shock. Expect a new album in 2017, and expect it to be released via Louder Than War Records!.

Aside from the bands, a raffle will be being staged; prizes being donated from all bands taking part plus other supporters including Rebellion Festivals who have given a full Weekend Ticket for their 2017 event which is worth a cool £160! All abnds appearing with have merch stalls and there is a promised cup cake stall!!

Advance tickets are available now via Headcheck Music – there are a handful of the Early Bird Tickets left at just £10, with a modest increase on the door.

We will be there, and would urge as many of you as possible to attend, aside from a selection of fantastic bands and performers, the festival is raising for money for cancer research – It has been estimated that more than one in three people (33%) will develop cancer at some point in their lifetime (Macmillan), as such any money raised will help someone you know at some time.