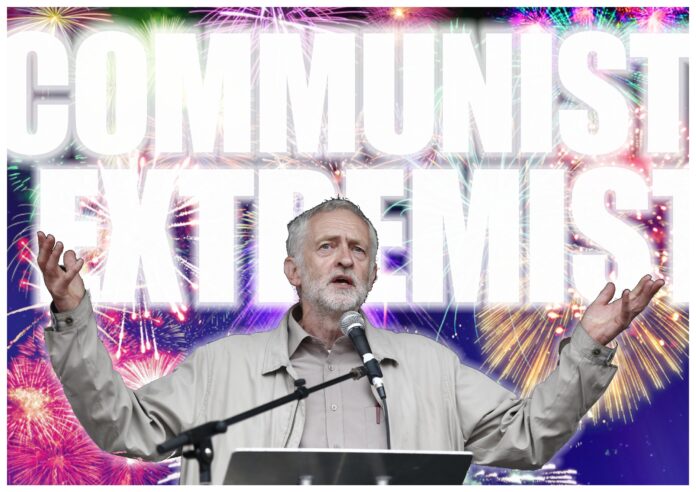 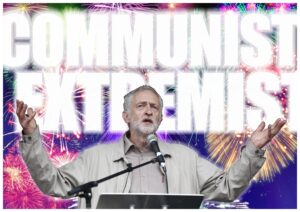 FORGET the hustings, forget the packed out public meetings, forget every single rally. Across summer, sat with pencils, on laptops, at work computers, individual Labour members chose one by one to switch off the life support machine. Labour members knew exactly what they were doing in voting for Jeremy Corbyn. Peeling back every fold of data of who voted how in the Labour leadership contest reveals fresh horrors – across even the Labour members who had kept the faith and maintained the direct debit at the tortured, fag-end of the Brown government, there was majority support for Jeremy Corbyn. The same Labour establishment that was dealt savage body blows by a punishing electorate in May, was finally slaughtered by its own kind. That the road back for Labour moderates is increasingly difficult to see should make the job of Jeremy Corbyn easier. A spoiler – it won’t.

Corbyn was completely right to make a virtue of how little his views have changed over his three decades as an MP during the Labour leadership contest, but how his ideas – many of which are genuinely popular with the electorate – are presented to the nation requires much, much more than this. For a backbencher who has spent most of his career preaching to the converted, the skills that Corbyn is going to need will not come naturally, but it is essential that they must. To stand any chance of succeeding, the Corbyn project must surprise. Quite obviously, this does not mean reneging on Corbyn’s principles, but it does mean learning how to make unusual alliances, present fairly orthodox leftism from unorthodox angles and explore uncharted water for the left. The left needs to be looking at the Parliament ahead and picking its battles. The ink is barely dry on the Electoral Commission papers it was his first act as Labour leader to sign, and already his leadership has shown its volatility. As time goes on, the Labour right will relish taking to the airwaves to appear a voice of sanity when Corbyn finds himself in a tight spot. The right of the party will be quick to regain the basic political lessons they seemed to forget across the leadership contest this summer.

Undoubtedly, the defining issue for the early life of this Parliament will be Europe. Corbyn – along with the rest of the Bennite left – voted against membership of the Common Market in 1975, and though his stance has softened only a little, his instincts are those of profound scepticism to the European project. Though Corbyn has sensibly cleared up any ambiguity about whether he will campaign for an Out vote in the EU referendum, the gulf between Corbyn’s ideas on Europe and those of the PLP does provide the Labour leader an opportunity in that it is his instincts that are closer to those of the British public than the Europhiles in his party. The ardent, bread and butter pro-Europeanism typified by the likes of Peter Mandelson and Nick Clegg has little in common with the reality of EU support in Britain, and will certainly hold little sway with the chunk of the electorate who, when they do make up their minds, will decide the fate of Britain staying in the EU. Indeed, Corbny’s calculation that there is much about the EU that he dislikes but overall it is probably better that he campaigns for an In vote is a not dissimilar calculation to that which the In campaign needs swing voters to be making. It is not too much a leap of the imagination to see a pro-EU messaged delivered by someone the electorate knows is no Europhile as potentially electorally potent.

Corbyn’s election as Labour leader was intended to mark a major change with Labour’s recent past – it is curious that in doing this, Labour has for the second time elected a North London socialist. One worry is that, by the time it has been diluted to suit the internal tensions within Labour, Corbyn’s programme could end up largely resembling the Miliband programme. Though the 2015 manifesto contained many strong, popular policies that Corbyn would be wise to keep (as well as many weak, fudged ones he would do well to obliterate), much of the electorate’s malaise with Labour under Ed Miliband had its roots in how little the former Labour leader seemed to understand Britain outside of London. Voters in Scotland knew it, Ed Miliband knew it (hence the kneejerk sacking of Emily Thornberry after her England flag tweet). The left has always been squeamish about English national identity – as Orwell explained better than anyone – but voices on Labour’s right understand that without Scotland, Labour will never get elected in England without understanding England. This is ground that should not be conceded to the right of the party that is already very vocal about this, such as Simon Danczuk and Tristram Hunt. Across the left, people like the MP Jon Cruddas and even Billy Bragg (in his worth-revisiting 2006 book ‘the Progressive Patriot’) have long been exploring how to reconcile socialism and Englishness, and it is now, when a curious public will be at their most willing to form an impression on Corbyn, that he should strike.

Likewise, Corbyn is going to desperately need to sell the idea of Labour voting against the renewal of Trident – popular with Labour activists, less so with Labour MPs, and with much of the public needing swaying, to say the least. Here, the current climate of police force cuts offer Corbyn a real opportunity to have something distinctive to say on law and order and surprising enough to make the public listen. There are worse ways the Labour leadership could sell voting against Trident renewal than framing it as a question on what security for Britain really means in the modern world. Does it mean, Corbyn could ask, funnelling billions into a dormant Cold War relic – irrelevant anyway to the foreign policy problems now facing Britain – or does it mean putting the money that could be spent on Trident into a properly funded police force keeping us safe day in, day out? It might not work, but it’s better than how the left are dealing with the issue at present.

One politician to whom the Corbyn camp should look is George Osborne. Of course, it’s always easier to look less like the rampant ideologue that you are when the instinctive sympathies of the press are on your side, but it’s the Chancellor’s intellectual curiosity that stands as the real lesson for Corbyn. As free market, metropolitan and neo-liberal as they come, Osborne has done much to help the Conservative cause by surrounding himself with diverse figures from across the right, be it architect of “white van conservatism” Robert Halfon MP or the former BBC producer Thea Rodgers who has done much to take the edge off the Chancellor’s image, no mean feat for the man once booed at the Paralympics. It’s surprising alliances such as those made by Osborne that Corbyn urgently needs.

Now that the left is in its undoubted strongest position for three decades, it is also at its most fragile, the zenith of its vulnerability. Put simply, if the Corbyn project fails, this is the left discredited for generations, the Corbyn years a stick by which to beat the left comparable with Labour’s 1983 defeat. And, by the way, in 1983 Labour may have had the formation of the SDP to worry about, but it did at least have a solid industrial working class base on which to build, it did at least have Scotland. The left-wing commentator, in a remarkably frank blog post about the challenges facing Corbyn, offered that if he was asked after the General Election whether a Left candidate should stand in the Labour leadership election he would have said “I don’t think we’re there yet”. This could turn out to be eerily prophetic in years to come. That reheated Blairism wouldn’t work doesn’t mean that traditional leftism will either; Corbyn needs to learn to surprise, and the stakes for the party – indeed, the country – could not be higher.