Home Blogs Think Piece : Does music have to have ‘feeling’? is Springsteen more... 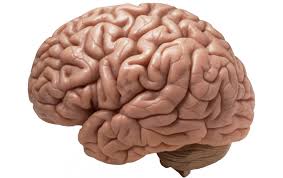 It’s one of the hardest things to define in a piece of sound. That human rush somewhere in the electricity. There are many songs that can make you cry, make you feel alive but for some people all music is all fake and all a con and the sweaty grunt of emotion is some kind of showbiz put on faked by musicians for the public and this is not a bad thing once you accept it. They argue that so called plastic pop has as much or as little emotional content as one of the accepted ‘real’ musicians and that all music is showbiz.

Is this a fair criticism or a cynical truth? to the cynics recording a song over and over to find perfection in the studio does mean that there is a certain amount of pretending, that a certain amount of fakery must be employed on take 17 to create the mystical ‘feeling’. The argument is that all music has great moments and the grunt and grind of a sweaty rock record with all its aspirations of authenticity is as fake/real as a pop record that took a year to create the backing track and the session singer was wheeled in for the vocal- what grates with the cynics is this idea that rock thinks it has the copyright on feeling because a bit of shouting is employed on take 26 and the vocal is delivered with a grimace live.

There is also this idea that rock music is quite pompous in its idea of itself as the arbitrator of emotion and that somehow it sells itself as ‘real’. This idea that Bruce Springsteen is a blue collar guy fresh from the garage singing like his life depended on it when in fact he is playing stadium gigs for millions of pounds and that somehow he is the real deal and that Miley Cyrus is some sort of robot singing words of an auto cue when in fact they are both playing the same game but with a different costume on.

It’s this idea that there is a canon of bands who are the ‘greats’ because their music somehow has a ‘meaning’ – when in fact its all smoke and mirrors whether its Joy Division or Madonna- do the Beatles or AC/DC mean it any more than One Direction?

The question remains- does music have feeling or is this a misconception or PR posturing. Can we measure feeling or can feeling be sold like a hair style or a Harry Styles…