Home Blogs Things we didn’t know a month ago: September 2020 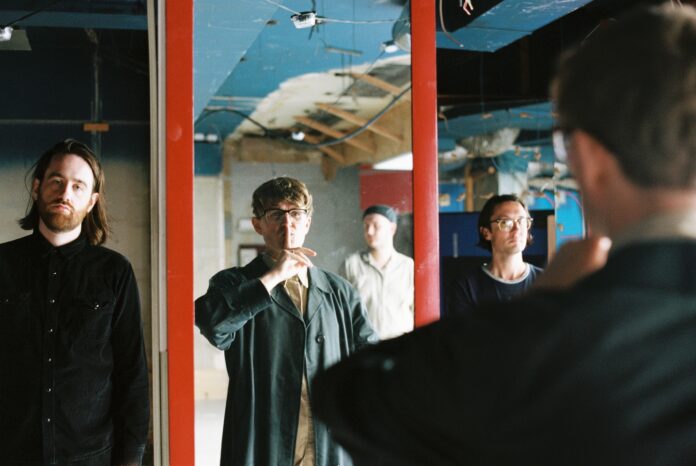 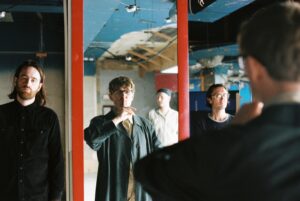 New tunes by some fresh faced new(ish) bands that by Keith Goldhanger confesses not to have heard before September 2020.

Time is dragging then time is flying then, day after day, whatever day it is, and night after night, the same four walls surround us. Backrooms in small pubs still sit vacant and the list of people many of us would have met by now gets even longer. As does our hair and as does the urge to spend these crazy fucked up days listening to even more music and attempting something never to have been attempted before.

Shelves, plants, brackets wallpaper, paint, brushes, more plants, nails, screws and rawl plugs have been purchases of note this month along with an occasional break at 4PM to watch Tipping Point (‘that’s the magic of lateral movement…’). This is what happens when there aren’t any gigs to go to. I’ve even been humming the theme tune to Countdown along to one of this months’ new favourite tunes.

The wonderful world of music during September 2020 therefore crossed paths with the reality of being a man who now owns a pair of slippers and has just bought a power drill and hedge cutter (I’m Virgo). During the first week of the month, YARD ACT entered the qualifying rounds of the best band in the world competition. Sundays during September 2020 were soundtracked by one song reflecting these crazy days of staying in and trying to pass the time that doesn’t involve another badly acted and badly written Netflix drama or daytime quiz show with ridiculous easy answers. Take away the daytime TV hobby that’s recently sneaked into the world of isolation and this tune sums up not exactly what I’ve been achieving but what I’ve been dreaming of achieving. You’ll like this I promise. One of the tunes of the year (I’ve now decided to send back that ‘Prosecco time’ poster that was purchased alongside the new shoe rack).

Second on the podium during September we have the fabulously names TTRRUUCES.  They’re an odd bunch, a bit all over the place at times. Two tunes that are cracking and then there’s still a few more that still need listening to properly (often a good sign). DISCO (below) does what it says on the tin and is yet again another glorious moment when the world of wonderful music crosses paths with the reality of being a man who now has holes in the wall that now need filling, a shit hedge (I’m not a very good ‘Fixer upper’) and Saturday nights at home drinking from more than one can of lager and refusing to sit down for five minutes.

‘Saturday night at the Disco and you’re dancing alone…..’ has now been going on since March 20th.

And this tune has only just arrived.

Make space on the dancefloor…actually no need, there’s no one else here.

More from TTRRUUCES in a moment but first it’s time to recreate Glastonbury’s Shangri La on a Sunday evening whilst everyone else is watching The Cure and to walk into another room of the house that you’ve arranged with different lighting and a different DJ and listen to this next. I’m sure you all have been doing this. If not then try it. You’ll like this I promise.

POPULOUS, is Andrea Mangia a DJ and producer from Italy. Since hearing this, the Google search engine has been working overtime and this year’s album ‘W’ has been getting the late-night treatment in East London. If strange Electronic Dance Music is your thing then check it out.

A Lockdown performance by the previously mentioned TTRRUUCES is not only brilliant and bonkers but nothing like the previous one that’s been played on repeat. If DISCO is Odyssey then EVIL ELEPHANT is Chas & Dave. It’s magnificent and so is the video that makes me ashamed that one of us around here still hasn’t worked out how to Zoom his mum after six months let alone manage what the band have achieved here. Clever buggers (Anyone shouting ‘Oh that’s easy’ …..leave the room now please).

QUADRO DI TROISI are also from Italy and have been this month’s pick from the tunes above many other artists none of us will ever be able to pronounce that get played on NW2Noise.

If you’re not keeping up then this is the show presented by a bloke I used to be in a band with who now lives in Australia and presents a show on a radio station based in New Zealand and features bands from all over the world making what I like to call cool synth-led Goth. This means that whenever something like this comes along, it takes ages to learn things such as this band consist of two people Andrea Noce and Donato Scaramuzzi and that they’ll have an album out before the year ends. Lovely stuff. When I enquired I was told in broken English ‘yes they are very big artists’. I know this is all you want to know, someone else can copy and paste a press release if one exists. Great tune this.

YES GRASSHOPER are just stupid. Brilliantly stupid, whether intentionally or not. This is a blistering tune that an old bloke I didn’t take the name of posted on the Idles fans Facebook page recently. The Video is just about mad enough to not be rubbish and the tune…..well it’s one of that one of us keeps returning to. More will be researched quite possibly once we’re allowed outside and those walls that surround the venues we love are filled again with ear-piercing music and folk standing shoulder to shoulder again. This is brilliant. I’m sure you’ll like this too.

DANNY WRIGHT is a new name whose tune HELP is ideal for those of us who love rousing tunes that force our arms into the air and a wish to learn the words so we can sing along with at the top of our voices. This is one of those tunes made for stadiums (but he may need thirty more like this to make it a reality).

NOVA TWINS are a band I tend to think that anyone from Camden Town who is in a band nowadays dreams they were as good as. I’m sure you all know a lot about this duo by now anyway. If not, then this tune crept up and wouldn’t go away recently. What a tune! A thumper, as some of us like to say.

There’s been quite a few new tunes by new bands that have come this way during September 2020. The music of AMY MONTGOMERY came into my life just towards the end of the month there’s a debut EP coming out soon and it probably deserves its own write up. JEEN has also managed to creep into the month’s playlist and not go away too. The Grungey punk rock sound of 1993 returns in the form of THE PENNY ANTICS who brought a big smile to the faces of the neighbours as it seeped out of the open window and into the Streets of East London.

There’ll no doubt be more new tunes currently in transit and due to land in October – Stay tuned, stay safe, stay home don’t drink bleach, and as long I can get that nail out of my other finger, I’ll return with a few more recommendations in a few weeks’ time.

Here are more than one hundred tunes that I’ve been listening to during September 2020 all in one playlist.