Home Blogs Things We Didn’t Know A Month Ago: October 2021 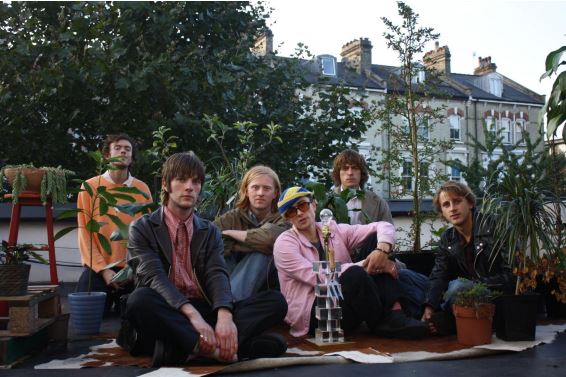 After seeing over 50 shows this month (many of which have been written about here, here, here and here) it hasn’t been too difficult to highlight some of the best new music that has come this way during the month of October. Starting with the very best, the band that you need to see if you haven’t had the pleasure yet is DEADLETTER (top pic), formerly known as Mice On Mars, based in London but originally from the North of England. During this article (because I haven’t got that far yet), and if their people allow me, I’ll introduce their new tune Pop Culture Connoisseur. If it’s too early (it is – I’ve now got that far) I’ll highlight this one called Fit for Work. They’re a cross between Yard Act (who you’ve never heard of) Idles (who you would also not know yet because you’re all in the queue for fucking Adele tickets), Shame (South London band – you wouldn’t know them) and New Model Army.
There’s a very good chance you’ll soon get to hear the new tune eventually, however this is a great place to start before delving into three or four other tunes kicking around. Fit for Work is a tune that has been around for over a year now and is a great example of how tunes can slip through the net so to speak. At this time of our lives, when everything seems to be available at the click of a mouse button, one does ask how this could possibly happen. Anyway – listen to this and then hunt out all their other tunes they have available, but don’t buy tickets to see them without making sure I have mine first please.

Having walked through the door in East London’s MOTH club this month in order to see TTRRUUCES (who were brilliant and you can read about their stuff here and here), the first thing we noticed was a tall man with great trousers, a great shirt and a great moustache just about to begin entertaining us early arrivals. At this point of the evening, which was before they’d even played a note, the mind was already made up – and even though the name of this trio wasn’t known to us until the bus journey home (provided by a friend of a friend of a friend), we did get there in the end.

ZIYAD AL-SAMMAN suddenly became our favourite pop star of the week and gifted us half an hour of outrageously fabulous, lighters in the air disco foot-stompers that had those of us there grinning with delight. We understand there may only have been one or two shows previously to this that they had done, however the debut release Dark Horse was already on the July playlist that one of us had been listening to but without taking any notice of who it was, and Madness  (an August release) has now become a tune to swing our hips to. Possibly the two slowest tunes we heard live, but an act highly recommended to anyone looking through the listings for a night out sometime.

October Drift, Plastic Mermaids, Jessica Winter and Police Car Collective have all released new tunes worth hearing this month (click names to hear) but top of the bands we’ve heard before and loved and now love even more is this from Enola Gay. This is their best yet.

Returning to Cardiffs Sŵn Festival discoveries, it’s felt that CHEAP TEETH‘s tune I Am The Mud needs more people’s attention. This is the tune that made sure we would be present when we knew we had the chance, and half an hour later were totally bowled over by the quality of songs this four-piece have. Their performance was not only great, but the material available we can listen to at home backs everything up about how good this lot are at the moment. They’re another highly recommended band that you’ll probably find yourself standing in front of one day as well once you hit the play button on this. This is Cheap Teeth at the Windmill in Brixton, and this will give you an idea of what they were also like in Cardiff and how good they were there Fabulous stuff.

Ditto THE LOUNGE SOCIETY, who’s Cardiff appearance also had us gasping for breath after their stunning performance in our favourite small venue without a stage that we know of (Clwb Ifor Bach – downstairs) . This new tune is just the start for those of us who came home keen to hear more and a wish to repeat the experience. This band are so young we imagine there’ll be plenty of opportunities to catch these considering they do seem to be playing live rather a lot around the country.

…and that’s all we have time for this month except for this track; the one I mentioned at the start. This came out at the start of November and because of distractions like the recent Bauhaus gig, October’s round up is running late. No one cares that this should be kept aside for November’s round up. It’s too good for that. You’ll get the video for this another day.