Home Blogs Things we didn’t know a month ago: May 2019 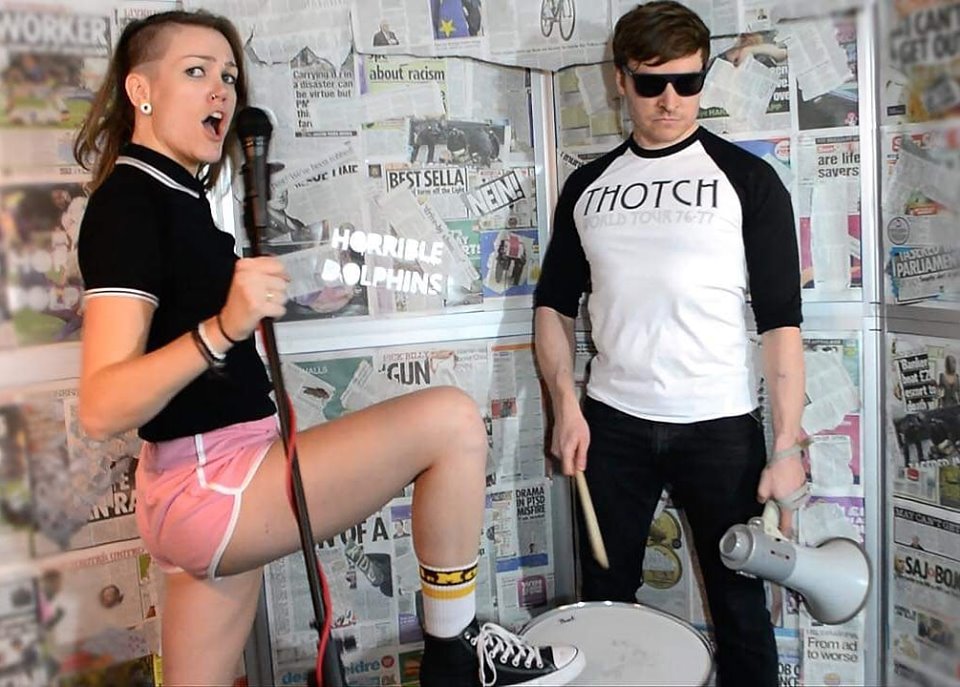 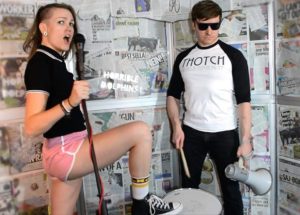 Keith Goldhanger introduces a few bands he’d never heard of until May 2019 and would like to bring them to your attention just in case they happen to be missing from your life at the moment.

I’ll start from the top.
HORRIBLE DOLPHINS (right) are from Colchester. A town that once gave us Special Duties and then Modern English to balance things up a bit. A few years later Blur turned up and despite the long list of bands anyone reading this will be throwing my way to prove otherwise nothing much else since now.

This turned up this month and it’d be lovely to think these two might be the children of some of our old mates that not even the internet can find any more. This duo from Essex sound similar to Kent duo Slaves, the tunes they have available at the moment are short, fast, cheeky, mouth-watering audio assaults that the listener will no doubt want to keep lifting the needle on to return to the start of after each listen (or just play on a loop and remain on your backside). We don’t know much else about these at the moment, it isn’t important. You can find everything else there is to know after you’ve listened to them. I’ll find out for you eventually (one step at a time). Turns out they’ve done a few gigs within short bus rides for their mates around Essex recently and a thrilling anticipated journey into the big smoke when there’s nothing else going on is all that can be anticipated for one of us for the time being. Horrible Dolphins – Thought it was a terrible name at first but once said enough times becomes as natural as shouting Parklife! every time a riff such as this comes out of the speakers.

To knock this months review of May out swiftly before wandering down the pub to watch the playoff semi finals it was assumed at first that most of this month’s highlights would be courtesy of a couple of finds from this year’s Sound City in Liverpool or The Great Escape weekend in Brighton.
Well yes, sort of.
Brighton was all about catching up on old friends. Marsicans are still pumping out great catchy tunes, Wooze  are still brilliant and The Rhythm Method gave us a new tune in preparation for their début album and played us a cover of Robbie Williams Angels (in a church!) and it was better than Knebworth. The band one of us can’t stop going on about, Scalping played well after our bedtime in Brighton and a band from Canada who we saw for the second time in one week became fresh acquaintances.

That band were MOTHERHOOD were first met in Liverpool the week before and were the best new band one of had never heard anything about before this incredible annual event. This is a band you may find yourselves listening to before the end of 2019. The trios recent visit to broken Britain came and went before anyone could scream TWO ALBUMS !!!! and then start digesting everything on the internet they have available at the moment including this marvellous video that pretty much sums up the band in five minutes. Pick of the Pugs may pay homage to Bohemian Rhapsody visually (and a little sonically as well he says with a sly grin) but generally, the music we’re hearing similar stuff to is that of our favourites from Sweden Francobollo. It’s expected that this trio will be back to the UK later this year and therefore between now and then I’d recommend giving them a listen. There’s more to come from these.

Back in Brighton (Continuation doesn’t matter here, by the way, I’m sure no one’s paying attention), GEORGIA was the best thing seen that one of us knew zilch about before walking into the room. A young lady with an electronic (red) drum kit and various electronic pads that she stands up against whilst belting out some very agreeable pop music. One for the outdoor festivals for sure if you get the chance.

ZOONI turned up on the radio this month along with BEARS DEN who were both new names to these ears. A couple of Google searches later and it was discovered that Bears Den had recently played a big venue that costs a lot of money to get into as long as you managed to get tickets just after Christmas and Zooni are about to play a free show in Stoke Newington at The Waiting Room soon.
For Free.
On a Tuesday.
This tune is gorgeous and if you’re one of those that enjoy not having to make huge plans six weeks in advance then you can still get to see them in small rooms this summer.

New band REAL(s) have released their début tune this month. This is the band that have risen from the ashes of our favourite band of 2013, CuT. Dan Fatel on Guitar and vocals and Louis Love still on drums are now joined on bass and glorious backing vocals by Gabby Garbutt, a solo artist in her own right and lead singer of Sticklers from around the same time when we seemed to be attending CuT shows every week and Jimi Scandal on second guitar.
Some of these names are made up and some of them are not made up I imagine.
This is a great start. They’ve had tunes kicking around one bloke’s living quarters for a few months now that have recently been picked up again. They’re sounding raw, loud, fast and thrilling and will be pleasing to the ears of those of you partial to a bit of Sonic Youth, Ramones or Clash anthems.

Last but not least 52 HERTZ WHALE from Slovakia have some decent tunes available that you need to hear. This was the band with the bloke who reminded us of Mercury Revs’ Dave Baker when we saw them in Liverpool. The more I listen to this band the more I tend to forget the image of five blokes all struggling to stand up straight and remain sober as they trawl their way across Europe probably not even knowing or caring what day of the week it is. Hooked on this at the moment. Give this and everything else a few spins and they’ll become your favourites too.