Home Blogs Things we didn’t know a month ago: March 2021 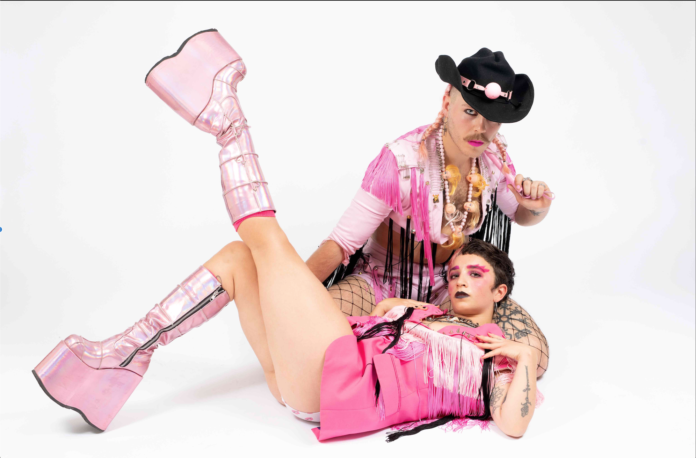 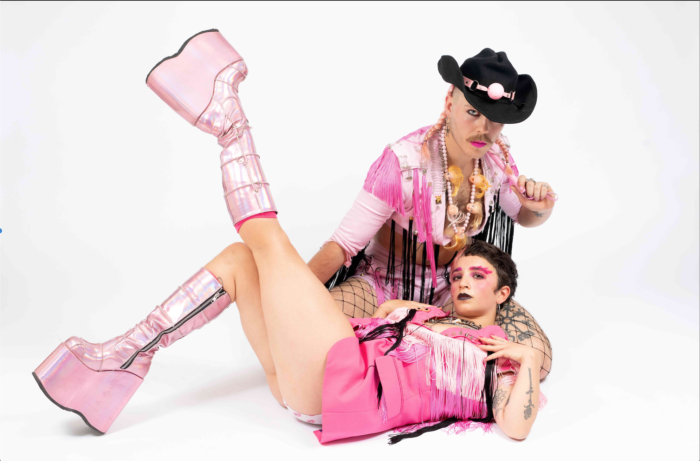 Meet ‘The Estonian Sleaford Mods’, some tripped out Americans, a Finnish Rock Band, a Black Metal Goth Duo from Belarus, a cool new dance act from London and a flamboyant sweary duo from Margate (above) you’re not going to hear the last of. Keith Goldhanger provides us with some ‘Things he didn’t know a month ago’ March 2021.

As The mighty Rhythm Method once sang

Yeah I’ve got my friends
More than I deserve
But when I’m by myself
I get on my nerves….

It’s been a year now.

A year since that County Line Runner gig at The Victoria in Dalston. A year in which I’m now arguing with my own reflection about things that aren’t important. The garden’s looking great, the telly’s fixed, the chip shop seems to be open all the time still and new music keeps arriving by the bucketload.

This month however has provided one particular debut that has caused nearly as much tension in the room as Brexit may have done for any couples pre-divorce.

Here we have two people (Lennie & Ray) who describe themselves as a ‘Queer Feminist Anti-Fascist Political Punk Rock & Rage band’. They dress up in pink clothes and prance around small shopping centres in Margate, have managed to have their music played very loud during the daylight hours this month in one mans cave and have reminded him about how some of us felt many years ago when we were first introduced to one or two bands we still listen to decades later.

This is Fake Great Britain by PINK SUITS and it will probably separate the over 50’s for a while until we’ve seen what this is like live. Some, like myself, will consider it probably one of the best tunes they’ve heard this year, whilst others, like the bloke in the mirror on the other side of the room who has suggested this is pantomime cabaret Crackerjack (Crackerjackkkkkkkkk!!!!) sweary Punk Rock that sounds like Jack White singing Ant Rap.

Before you know it we’ll all be seeking out this duo’s debut album next month I reckon. This has great lyrics and they have an attitude that deserves your attention. Not as tacky as The Toy Dolls not as intense as Crass or DIRT but close. Fucking ace, says I but the bloke in the mirror tuts loudly, says something about Chumbawamba, throws his head back and won’t mention anything more about this again until we’re back in the pub when along with one or two of his mates will probably turn around to have a quiet word about this. There’s an album kicking around and one of us has spent the month trying to find time to sit down and give it a proper listen. The jury is still out but you know you want to hear this if you haven’t yet so you can join in any discussion about this band when we’re back leaning against the bar later on in the year. Only time will tell If they are going to be one of those bands that will plough on and cut the mustard or simply disappear and go back to their other (film, art & dance) projects. Maybe (hopefully) they’ll even turn up in one of our favourite small rooms to entertain us once we’ve had a couple of Astrazeneca jabs.

Whilst you’re still in the mood for ridiculous air thumping audio assaults it’s time to mention this year’s Eurovision Song Contest and a tune that won’t be included on it but did get close. Some readers may remember the Estonian non qualifier of 2013 that still rates as the best thing in the world ever (click here for the TEN HOUR REMIX) and one of Estonia’s rejected entries of 2021 involves two members of the very same infamous Winny Puuh who have provided us with this.

Imagine a parallel world where the Sleaford Mods took all the wrong drugs, lived in Northern Europe, ate too many pies for breakfast dinner and tea and wore clothes that their mums had purchased from whatever the equivalent is of Primark in Tallinn …… this is REDEL and this song called Tartu failed to qualify for this year’s competition. A real shame for some or maybe not because we’ll all be around our mates in their back gardens making pretend we’re at Glastonbury on the same evening in May this year, won’t we?

CITIZEN‘s Blue Sunday has united the house this month even though the bloke in the mirror thought it got a bit crap towards the end. It’s a bit like New Ravers (were they New Ravers?) The Sunshine Underground he said and a bit like MGMT and it’s called Blue Sunday which means only 5 more days of the week with the word blue proceeding it to go before we can boast of having a whole set.

Turns out the band are from the States (can’t be bothered to look it up – you’re not interested, are you?) and have made 3 or 4 albums that one of us have spent an evening skimming through recently. This could be a band to start listening to at about this stage of their lives from what’s been heard so far and it comes with a video that on first viewing looks as though it’s been made by a bunch of people who have found themselves isolated in Shoreditch for the past twelve months and filmed themselves during their third and fourth pill (should have gone for between second and third) of the weekend. Fabulous stuff and an album that’s also on a list of music one of us hasn’t got around to listening to yet.

THROAT are a pretty neat sounding band with a couple of albums out already and are from Finland. Their third album comes out in May and is a bit dark and gloomy but thrown in the middle of it is this gem of a tune.

Recent favourites SCROUNGE have a superb new tune out this month called Leaking Drains, as do ITALIA 90 with their newie called Borderline. POM POM SQUAD will have you running towards the living room wall in the hope of bouncing back as fast as you hit it (Lux) and THE MEFFS from Essex have thrown us some old school punk Rock if Old School punk rock still wets your whistle (You’ll See). WOLF ALICE have provided us with The Last Man On Earth, a song that that starts off sounding like Yesterday by The Beatles, morphs into a Beach Boys chorus and skims around the perimeter of Queens Bicycles, Radiohead’s Fake Plastic Trees and Robbie Williams Angels. It’s the second brilliant tune they have now (Don’t Delete the Kisses being the other one). Someone called them a stay-in-the-bar-and-catch-the-encore type of band. They’ll pull a crowd of course, always have done and always will. If you hate the first two tunes on this page you’ll love this and quite possibly the reverse may be applicable too. This is a joint effort by the reflection and myself this month therefore this has been tried and tested before publication. The last time Wolf Alice were spotted live they were headlining a Festival therefore the Coldplay comparisons are going to be obligatory from now on. The new JUNGLE tune (Keep Moving) is exquisite and the SAINT AGNES mini-album also comes highly recommended (full review here)

We’re dimming the lights and getting back onto the improvised living room dancefloor this month with some fabulous music from London based  7T2NAMES. The Power is one of those dreamy shoe shuffling songs we all want to be hearing on hot barmy evenings well past our bedtimes. The debut release Unlocked (EP) is a glorious way to be introduced to them. It’s a brilliant debut.

MORA PROKAZA are a black metal industrial Goth duo from Belarus. That’s all you need to know before I sign off this month (you’ve been spoilt). The month began debating with the man in the mirror about the depth we would have stooped to by including a video by a bunch of beered up quad bike riding blokes called The Bad Boy Chiller Crew. Terrible. Take our word for it or look it up yourself. It’s like Goldie Looking chain didn’t happen. ….Three million hits and increasing every day…… (We’re in the wrong business) …where was I …Oh yes that black metal industrial Goth duo from Belarus….

Words by Keith Goldhanger. Pink Suits photo by Kathryn Betts. More writing by Keith on Louder Than War can be found at his author’s archive. You can also find Keith on Facebook and Twitter (@HIDEOUSWHEELINV).