Home Blogs Things we didn’t know a month ago: March 2020 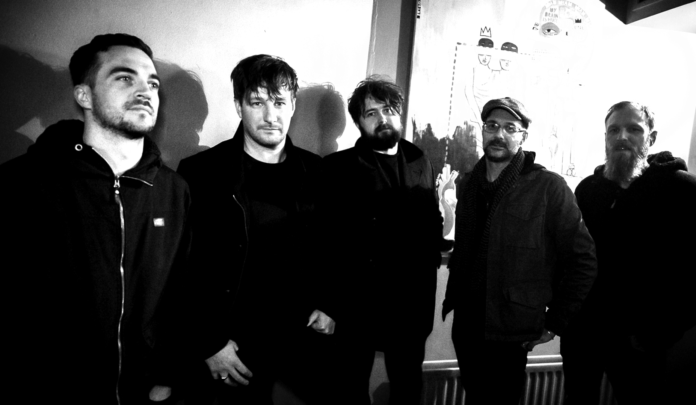 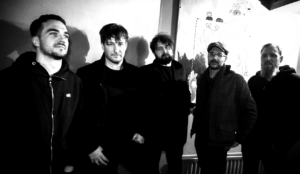 Keith Goldhanger continues to find more new music during the month of March to compensate slightly for the lack of gigs recently.

You can already hear the voices of the the future coming from the corner of the bar…..

“…spent years pissing around in a band, had just started to get good, just started to have people we didn’t know tell us they liked us. Even that out of work ice cream man who writes for Louder Than War mentioned us once… Then we all got each of our girlfriends pregnant due to weeks of not being allowed to leave the house. Music was the last thing on anyone’s mind at that point of our lives. Didn’t eat for four weeks… another pint please barman, one for yourself…”

It’s going to be a bit of a struggle but we’ll still find new stuff, catch up on old stuff, come up with loads of great new ideas and get the odd thrill we like to get from experiencing what joy a piece of music is capable of bringing.

Hang on in there, you know that I know that you know what everyone knows….. knows…. …not quite a song by the Kursaal Flyers but it could be. So that’s it then, the end of the world and a nod to The Kursaal Flyers because nothing else new could be found this month. This is from 1976 (and could therefore be something that you didn’t know about before now) but could be from 2020 I reckon. This has been the sound of quarantine in East London during week three because after all these years I still can’t work out who knows what anyone knows or if anyone is two-timing someone and if it’s a good thing or not. Let me know if any of you ever work this one out please. (I want a Rhythm Method cover version of this if anyone’s at a loose end and know where Joey and Rowan are during this episode of our lives).

This is nonsense of course. Wild Cat Strike have released one of the tunes of the year (given its own write up here). Thrillhouse, who were mentioned in last months review, have a fabulous second tune (but no gigs yet) that they’ve uploaded, Alien Tango not only gave us even more of what we wanted (Heavenly) but kick started the whole Facebook Live performances for one lonely bloke in East London and Tina (Tiña is pronounced teen-yah) gave us all a video that looks like it was filmed just before the streets were cleared for a wonderful debut tune that one really finds difficult to let go of at the moment. The best bit used to be the bit that goes ‘hey ! you, who me ? yes you…it’s time to die….’
But not anymore.
Dip (and all the other songs they’ve been playing around town this year) is sung by a man with a pink cowboy hat on his head at all times. Its a tune that was mentioned in January and because the video became available this month its worth dragging out again.

Ocean Flaws is a good name for a band and this debut of theirs called Deep Sea Dreaming is something very wonderful that came out of the radio speakers in March. There seem to be loads of people in this band. Next time I get five minutes I’ll investigate more.

Louis Love formerly of CuT and currently hitting the drums with Real(s) has another project on the go called Stanley, and this debut called Racket is yet another very decent tune we look forward to hearing again and again and perhaps even in the same room as one day.

Joint cover version of the month (keep reading there’s another one coming) goes to Matt Berninger (The National) with his beautiful version of Mercury Rev’s Holes. A brilliant song, brilliantly covered.

Calva Louise have a decent new tune out called Camino that tempts at least one of us to catch up on the band with what this band have been up to over the past twelve months that deserves more attention and County Line Runner (the last band I stood in the same room as before being grounded) who you really do need to catch up with if you haven’t yet done so have a fabulous collection of songs worth listening to starting with this that came out in March.

Columbia Mills  (main pic at the top) are the new best band in the world at the moment. They’re from Dublin but they don’t come from the noisy bit (maybe they do – no research ever goes into these articles, research is what others do – I’m just here to get you to click the play buttons). There’s an album’s worth of tunes spread around here, there and everywhere and each tune available at the moment is a tune worth sitting on the sofa and listening to, maybe whilst reading a book, maybe whilst staring out of the window at the neighbour’s washing or maybe because you’ve spent to much time watching that thing about the Tigers on Netflix.

Finally in a month that began a bit like the years before ecstasy (meeting new people, keeping your hands in your pockets and nodding to your new acquaintances like a character from the in betweeners) we were given another dilemma to chew over – are we allowed to consider this cover version of Fugazi’s Waiting Room the best thing since bread that could be purchased inside a plastic bag? Or has this been included this month just because none of you are able to throw things at me as I walk down Shacklewell Lane at the moment ?

Here’s a playlist of what I consider the tunes of the month.