Home Blogs Things we didn’t know a month ago: June 2020 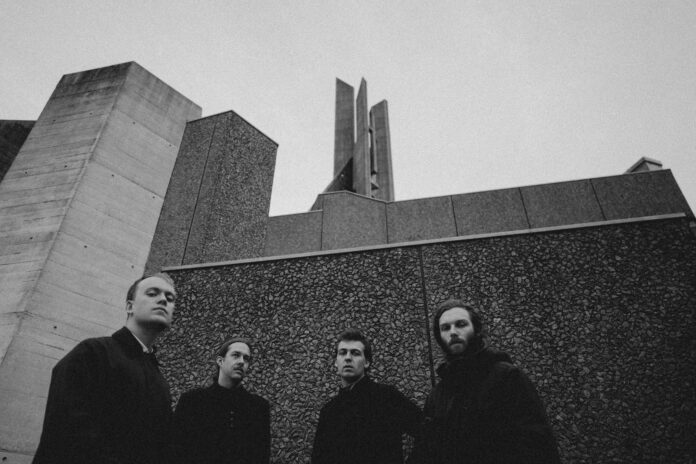 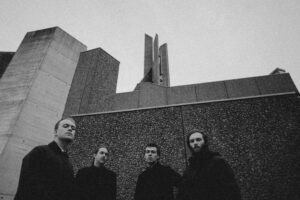 Keith Goldhanger provides a few new tunes that came out during June 2020 that he believes are worth your attention.

Bored ? Fed up ?  Been sleeping in a tent that’s been erected in the garden whilst being forced by the neighbours to watch Coldplay on the BBC  IPlayer ? Or are doing what I’m doing and re-watching SKINS and wondering why most of it can’t be remembered yet you’re still there, 7th series, nearly finished, ignoring that your own acting ability may not be too far adrift from what you’re watching in front of you and simultaneously coming to the conclusion that if you stick Napalm Death in the middle of anything then TV, crisps, family bottles of Coke and huge bars of whole nut isn’t such a bad hobby to take up again after all ?

Glastonbury won’t even get a mention. I didn’t have a ticket or a way in this year so the sadness of watching the Eurovision Film on Netflix instead of moaning about Paul McCartney’s singing didn’t happen (but probably will raise its head again in twelve months’ time).
One of us is still dipping in and out of obscure overseas radio streams this month and not being able to work out if the bands being listened to will ever get away from their bedrooms or were just on the brink of turning up in the pub down the road before all this madness started.
OBSOLET appears to be a bloke called Andre from Frankfurt who has a number of fabulous synth-based pop songs sung in German and spread neatly across his bandcamp page. This particular nugget is one we could imagine sound tracking our Saturday nights in New Romantic clubs some of us would have been a little partial to back in our small towns in Essex during the early 1980’s. More of his music is currently being given the once over. It’s lovely synthy, 1980’s pop stuff. That’s all you need to know for now.

Back to the sound of noisy fucked up 2020’s we have this by LICE (main pic) from Bristol, mates of Idles who they supported at the 100 club last year and were fabulous. This track Arbiter is a loud scathing angry tune that one of us can’t stop playing at the moment. Now it’s your turn to up the volume and ask the neighbours what they think.

THE FIERY FURNACES are back after a ten-year break and this new release is a magnificent reminder that we need hunt out those previous releases that had us jumping on buses a decade ago to witness this band in the flesh. A new album is on its way.

You’ll know about the new Idles releases and the Columbia Mews album that is still being played on repeat instead of doing our daily exercise (a pastime that involves standing up to look for the remote control to switch the news on for ten minutes in the afternoon). GIRLS IN SYNTHESIS are a band we all need to investigate more of. This tune The Images Agree is a fierce cracker of a tune. The band have an album due soon that follows a collection of tunes put out last year on our own Louder Than War label. Spend an afternoon catching up with these and once October comes around, we might be able to go into a room and watch this trio perform live (personally I still don’t believe we’ll be ready for this but you’ll be able to make up your mind just as well as the rest of us).

BENIN CITY have given us two of the best new tunes this month. First of all, Hold me Close is a tune we didn’t realise we needed to hear but are very grateful it’s been included in our lives recently.  A second track, Hostiles, available here on Bandcamp is an equally impressive piece of work that not only should be heard but purchased as the proceeds to this go towards BLM UK. This band are getting better and better as each month goes by and these tunes have to be two of the most uplifting tunes of the year. Glorious stuff.

DEAD SHEERAN is a great name and even though one of us is quite happy to sit up all night arguing against the message here this is certainly a tune that needs to be heard. For those not around in the 80’s it was terrible. Bates, Davies, Wright, Thatcher, football violence and terrible hair immediately come to mind whenever someone tries to convince me the 80’s were great. I was there (and I imagine the writer of this tune was too). You couldn’t walk into a shop or turn on the radio without hearing Howard Fuckin’ Jones, Duran Duran, or Spandau Ballet and when you found a venue that held more than 100 people to go and see your favourite bands the door staff would give you a hard time for wearing Doc Martin’s whilst blokes in vans couldn’t drive past without shouting abuse at anyone with coloured hair. When that time machine becomes available in Argos don’t go back there. Stay here and listen to this bloke instead.

Newcomers RICH PARENTS (so new they haven’t even launched a Facebook page yet) are asking for outfit recommendations. It’l probably be Doc Martins and Crass T-shirts one imagines. This is a screamer of a tune that  has just been uploaded. Yet again, another cracking tune that reminds us what we’re missing whilst we’re desperate for Netflix recommendations instead of soaking our shirt sleeves on a wet bar waiting to be served before the first band come on.

Here’s my whole playlist for June 2020. More next month of course.